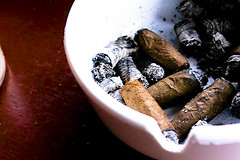 Wanna see the inside of my lungs? 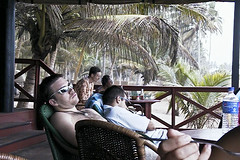 The course of finding my destination for this weekend is more proof of the sheer impossibility of planning ahead, in Ghana. Something the locals have, a long time ago, already resigned to. This weekend, Easter weekend, I had originally planned to go to the capital of La Cote d’Ivoire, Yamoussoukro. The trip would take around 15 hours, from Accra, but should be well worth it. In Yamoussoukro, you can find the biggest basilica in the world, after the St. Peter in Rome. Although only 12% of the population of Cote d’Ivoire is, in fact, Christian, the city is an important destination for Christians in West Africa. This weekend being Eater Weekend, it was going to be big.

Originally, I had taken up the plan to go to the capital of Burkina Faso, Ouagadougou. Although overland, for Cote d’Voire is barely passable, for ‘Ouga’ as it is normally called, it is not. Burkina Faso is to the north of Ghana and the capital of the country about twice as far from Accra as Tamale is. Remembering the terror driving up to Mole and back was, I did not want to take a bus to Ouga. However, as it turned out, the cheapest plain ticket to Ouga was a hefty $238. I had to come up with some other option. Yamoussoukro would be it.

It was already determined that in our last week in Ghana, I would also go to Cote d’Ivoire. The Abidjan hash would then be celebrating its 1000th Hash, but the chances of me, during that weekend, visiting the basilica were close to nonexistent. Therefore, going there this weekend didn’t seem like a very bad option.

The visa for Cote d’Ivoire wasn’t just dirt cheap, I also could get it in 24 hours. Trying to find a bus that would go there, turned out to be much more problematic. There are two bus companies shuttling between Accra and Abidjan, where you have to go to first, before heading of to Yamoussoukro. The first is the Francophone one, STIF, only operating once a week, leaving Accra on Wednesday evenings. The second is the Ghanaian State Transport Company (STC), leaving every weekday at 6am. I visited both offices on Wednesday to get the information from the horses mouth. Then on Thursday, armed with my passport and visa, I went back to the STC bus station to get my ticket, leaving the next day, I was told there was no bus going this Friday. Or anytime soon. It was not going to be Cote d’Ivoire this weekend.

Sun at the seaside

So I ended up at the beach of Anemabu. Lura and Holly, the two Peacecorps volunteers that had set up Peter’s birthday party the week before, were going to a beach resort in Anemabu, a small village some two hours West from Accra, shortly before Cape Coast. Although they had left before I knew I wasn’t going to Cote d’Ivoire, I decided to try my luck and follow them.

With success. I met them in Anemabu and had a very enjoyable weekend. The waives, the see, the food, the beach, everything was very, very nice. With, on Saturday evening, a bonfire and a large group of locals performing live music, the weekend was a success. And things were even better. Saturday afternoon, Tomas (a geek), together with his girlfriend The Warrior Princess (Tomas’ girlfriend) and Val Kilmer (Jens, a friend of Tomas), also stopped by for the weekend.

Related:  The capital of Bolivia

The Thursday before Anemabu, it was our weekly Trivia night at Champs and, although we hadn’t planned on playing that night, since winning the game every week does become quite boring after a while (we had won 7 out of the 8 times we had been there), we won again. Out of pure arrogance, we had called our team ‘The guys that always win’, so maybe it was just that we didn’t really have a choice.

It implied that the next week, our last Thursday in Accra, we were to host the quiz, making up the questions once more. We decided to make it a very difficult quiz, among others with a very hard David Hasselhoff round. To our surprise, the winners (a group that most often came in second with the quizzes, right after us) obtained a very respectable 45 out of 77 points.