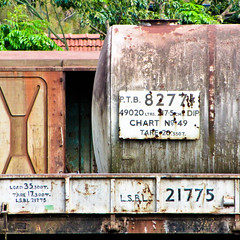 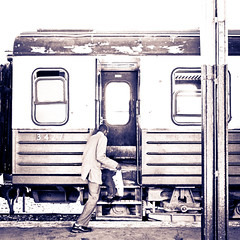 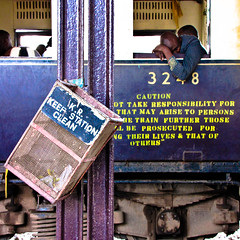 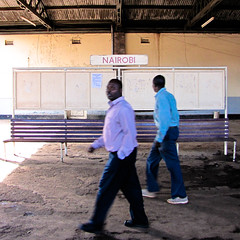 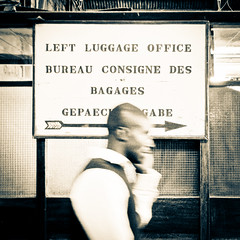 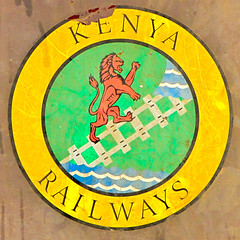 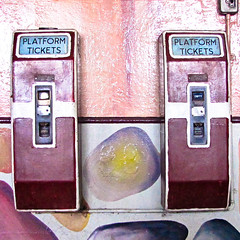 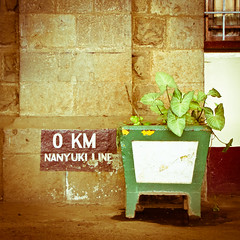 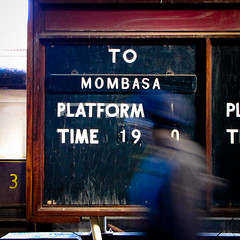 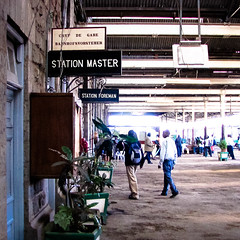 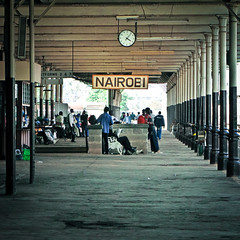 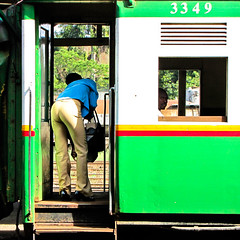 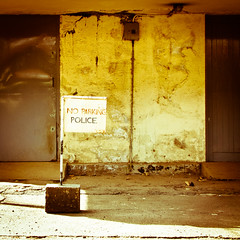 Ah, it's the no parking police 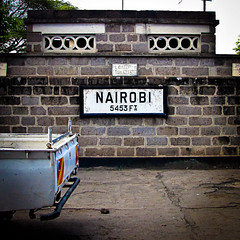 Not yet having to decide on what to do for getting back to Nairobi, together with a Canadian I was to share a first class cabin on the train to Mombasa. Only for the Canadian to change his mind, joining two Germans in going on a sudden safari. Upside: I can travel in style, pretending to have booked a whole cabin just for myself.

The train station in Nairobi is surprisingly unimposing, while at the same time giving the impression of having been picked up and transplanted from some out of the way town in England, in the 1930s. Though, not unlikely, it was indeed built around that time and, most certainly, according to English designs.

Having gotten rather frustrated with the surprisingly sorry state of affairs of Kenyan Internet access, I got to the train station early, having given up on being able to do some work beforehand, where only a few whities were waiting to board the Mombasa train, while a score or so ticket salesman clustered around the entrance of the station, impromptily were selling tickets for the commuter trains leaving every hour or so.
Though the trains still run in Kenya, as well as in Tanzania for that matter, and while the east African states regularly talk about expanding the rail network, now to Rwanda, Burundi, as well as to Juba in the future Southern Sudan, the network still only slowly degrades, leaving more and more to be desired. And one way in which this is exemplified is that at the most prominent train station in Kenya, a no longer operating restaurant, "closed for renovations", has been so for nearly two years.

Also interesting, several of the signs at the train station are in English, French and… German, implying the railway station might have been built even before the first world war, when the Germans still controlled the Tanzanian mainland.
Additionally, the whites on the train are, obviously except for me, horribly young, painfully unattractive and, mostly, terribly British.