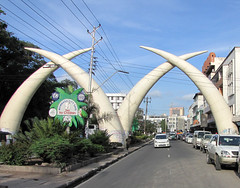 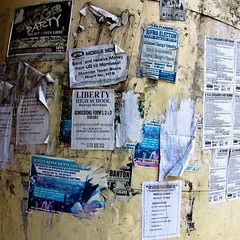 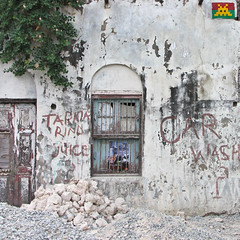 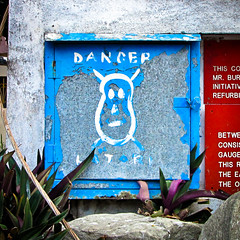 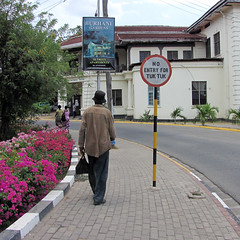 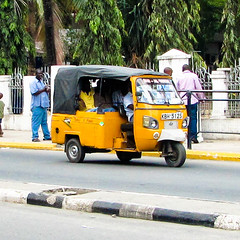 In Mombasa, the train terminus feels even more inconsequential than in Nairobi, while the town, though rather active, seems to primarily consist of used car parts dealers. Bedding is cheap, though. I settled for a guest house one step up from the few rock bottom options. A single self contained and clean room for a mere 7 euros. Smack in the center of town, the Beracha guest house ain't half bed. Haha.

I was expecting Mombasa to resemble Dar, and, though not disappointed in that, feel Dar probably has more to offer. True, Dar doesn't have an old town, but the one in Mombasa feels like the distant cousin of what you can find in Zanzibar or, I'm told, Lamu, also on the Kenyan coast.
Meanwhile, the city feels more sterile, having less character, than Dar, with the waterfront close to the old town almost completely sealed off.

Also, it isn't hard to find places to eat or drink in Dar, walking around town, and, perhaps I'm just unlucky, Mombasa seems to have very limited options in the inner city. I did end up getting coffee and a snack at a local eatery, more a snack bar than anything else, but filled to the brim, typically a good indicator for good value for money.
The twelve tables each seated four, and nearly all seats were taking. Every single individual was eating chips, some with one or two sausages.

The only real tourist attraction, fort Jesus, is heavily overpriced. The next door old law courts are dilapidated and now house a semblance of an art gallery. Here, one display talks about the origin of the people on the coast, 'swahili', which means 'of the coast'. I thought scholars had settled this, both the language and the people being a mix of indigenous African tribes and visiting Arab traders, Omanis having controlled the east African coastal region for a long time, even moving their capital down south for a while.
Not so, according to the 'African school of thought', on the display in the old law courts, which states that the Swahili are actually, and only, an old indigenously African people. The opposing, 'European', school subscribes to the view I expunge above. Indeed, what does this difference between European and African signify? Not the heritage of e people involved. So it must refer to the parentage of the scholars, which, if true, makes the distinction rather ridiculous.

Related:  A Turkish city by any other name?

Just like Dar, Mombasa was a capital, until supplanted by an alternative inland. In Tanzania, this happened after independence, where Nyerere tried to establish something of an administrative utopia in what is now the capital of Dodoma. Mind you, Nyerere wasn't the first and won't be the last to try this out, though actions like these typically seem to be the providence of at least slightly megalomaniacal rulers.
In Kenya, it was the Brits who moved the capital inland. The soggy marshes of what is now Nairobi grew in importance from a stopover on the national railway to the most important trade outpost in the region. It only made sense to then also move the capital there, even though capitals tend to have a preference for being on either sea shore or river.

So, though Dar is, still, the de-facto capital of Tanzania, Mombasa most certainly isn't. Though lively and active, I can't help but feel that Mombasa suffers from something akin to an identity crisis, not sure as to what it's own position really is.
Where those from Dar seem to be more comfortable in their position of prominence, Mombasa feels like there is a bit of a gloomy mood hanging over the city, perhaps as a result of having been surpassed by those darn Kikuyu from upcountry.

When I returned to Nairobi a few days later, I found that the airport in Mombasa is quite a fancy affair. Clean, quite modern, nice cafes and snack places, but no public transport to get there. Only taxis ply the route to town, your only alternative being walking out of the airport for perhaps two kilometers to get to the nearest matatu route..

Related:  Monks, monks, monks
This text is available under a cc-nc-a license.