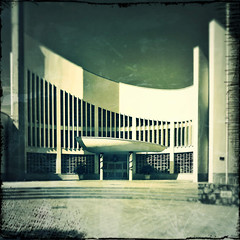 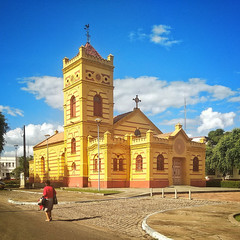 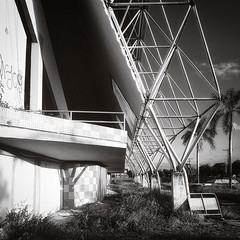 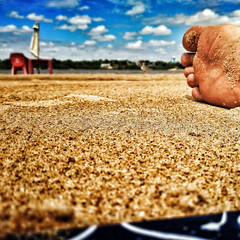 Down, on the beach 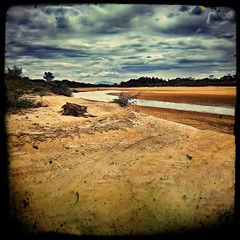 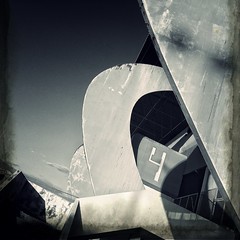 Boa Vista, capital of the remote state of Roraima, competes with Rio Branco for the title of most sedate state capital of Brazil. And, to make things more confusing, Boa Vista is actually situated on the Rio Branco. But, where the pretty view of, or from, the city is, is unclear, as the city itself has little to offer.
A city of three hundred thousand, in a state of 600.000, the city was created by decree only in 1890, with a floor plan inspired by Paris, roads fanning out from a small center next to the river.
The view of the river isn’t bad, but, this being the edge of the Amazon, hardly unique. But, what is nice is that, right on the other side of the river from the center, a ‘big beach’, accessible via little boats, provides a pleasant escape. Well, sort of. The river is said to house piranhas and, when we went swimming, I think I might have felt a test nibble from a passing riverine resident.
Then going for a short walk, we also found fresh jaguar tracks.

The one draw of the state of Roraima is the mountain by the same name, straddling the borders of Brazil, Venezuela and Guyana; a flat top mountain, the scenery is said to be stunning. But, access to the mountain is only available via the Venezuelan side, from where guided hikes take about a week and cost about 500 US dollars. Well, back when the Venezuelan economy was not in shambles.

Related:  Food and drink in Porto
This text is available under a cc-nc-a license.