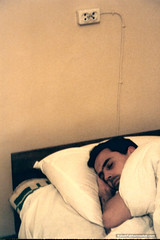 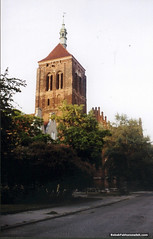 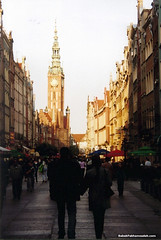 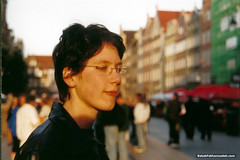 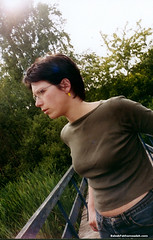 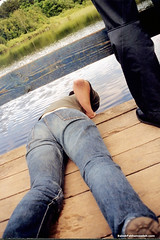 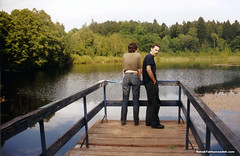 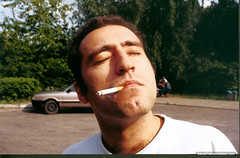 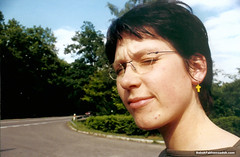 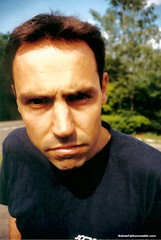 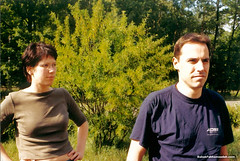 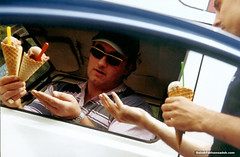 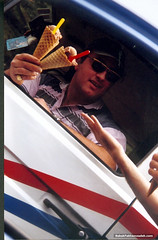 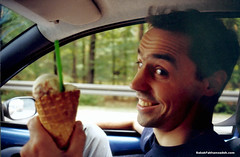 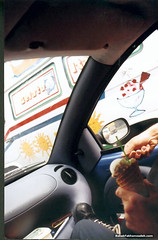 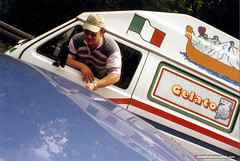 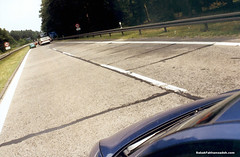 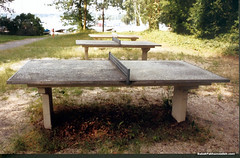 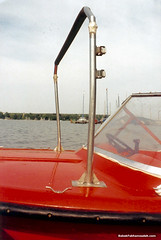 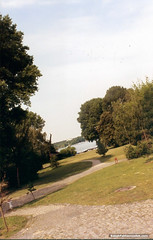 Just to get us on our way, we drove out of Berlin on the wrong side, almost going back towards Hannover again. Then, driving towards the border, we had nothing but traffic jams. What were all those people doing here, going towards Poland? We even came across a small van, selling ice-cream, stuck on the autobahn like us. Some maneuvering left us next to the van. OK, so we spent several hours driving at walking speed; we DID have ice-cream to comfort us!
Crossing the border was painless. The following trip to Gdansk on Polish ground less so. Most of the roads were secondary roads. Normally its possible to drive some 120km on secondary roads. Not in Poland. Unless you like getting an all over body massage. For 5 hours on end.

I hadn't taken the time to make reservations with a hotel in Gdansk. We tried to call one of the better options mentioned in the Lonely Planet but we were unable to communicate with them in all four languages we tried. We decided to give them a surprise visit.
In Gdansk, Marianne stayed at the Ka (that's my car, a Ford Ka), while Data (the guy in most of the pictures) and myself went over to the hotel to secure a room.
At first, getting a room for three was no problem. But after the lady-clerk asked who the third person was going to be, we had to fight to secure the room. We mentioned the third person was to be a girl. Although we tried to convince her she was Dutch (which Marianne is), she kept on insisting she had to be Polish. And the only thing that she was interested in was whether the girl screamed a lot.
When we understood what she was thinking about we tried to make clear that I was something of an add-on to the couple Data-Marianne. That sort of worked. We got a room, although the lady had to think hard what room to actually give us… "Aha, I will give you the special room!"
The special room being a room with a corridor. Such, that I could spend the night in the corridor, while Marianne could scream as much as she wanted to, being entertained by Herr Data.
The room was cheapy. We paid a little bit less then $20 for the room in Berlin. Per person. Here, the total was some $20. And we could scream as much as we liked and come home whenever we liked. Bonus!
Coming back after picking up Marianne and our luggage, we insisted on showing the lady Marianne's passport, to prove she was Dutch. Not only wasn't she interested at all, when she finally did look at the document, the only thing that you could read in her eyes when looking at the thing was "very good forgery indeed". Needless to say, during the night, we screamed as much as we could. And needless to say, for some of us it came totally naturally…

Related:  These were the nine months that were

Gdansk would be a very nice place if it weren't for all the (old!) Germans in the city. They literally are everywhere! Of course, the city used to be German in a distant past and Hitler started the Great Patriotic War here, but that's no reason for these ancient Germans to be all over town. About every second person in the city center is from Europe's America.
In the evening, we had a very nice dinner in a very nice Polish place. Marianne, a vegetarian, had the fish. Nothing special as such, weren't it for the fact it was almost still alive. No filet, she had to scrape the meat from the bones. Nothing special maybe for you and me, for Marianne it meant trying to get over one of her worst fears. She only half succeeded, leaving half of the Fish on her plate, not being very happy with having eaten the other half.