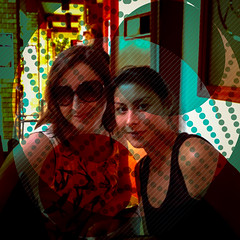 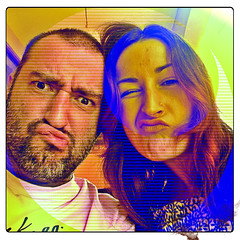 I had to get a new visa sorted for Uganda, meaning I stopped in Tanzania for a few days to make that happen. Earlier, I took a bus from Tiruvannamalai to Chennai, from where I took an overnight train to Mumbai. I was expecting a similar, quite pleasant, ride, similar to my journey from Mumbai to Calcutta. But, not so. A class lower, I had a bunk, but no bedding, in a non-AC compartment, where the windows were open all the time. Some travelers were saving money by sharing the bunks, legitimately, so I was told.

In Mumbai, I stumbled upon the opening of an exhibition at the Goethe Institut, celebrating 50 years of the Elysée treaty between France and Germany, one of the founding treaties of the EU. A bit boring for its subject, but with quite a fantastic a cappella performance of The Stopgaps.
That, and a terrible 5am flight to Africa.

Related:  Hot wax pussi cats
This text is available under a cc-nc-a license.