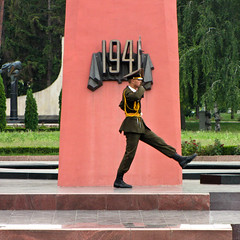 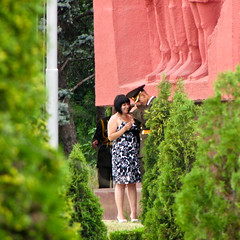 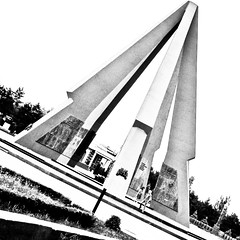 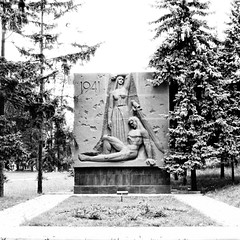 A storm is a brewing 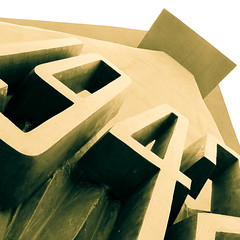 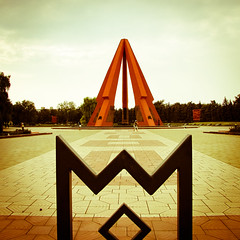 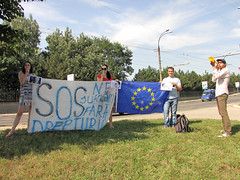 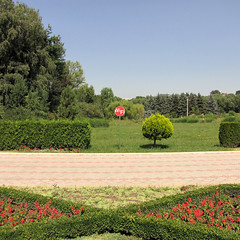 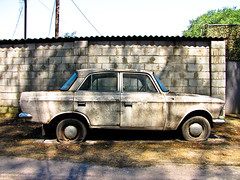 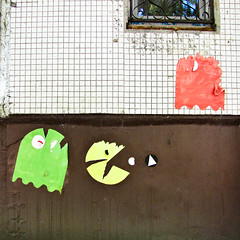 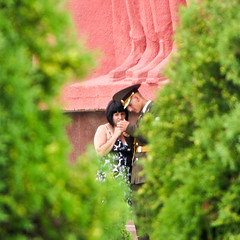 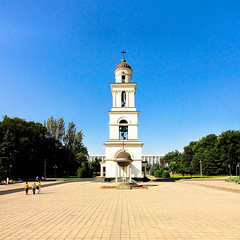 Still the poorest country in Europe, being beaten by countries like Vietnam, Mongola and Yemen, Moldova has over 4 million inhabitants, but a third of its GDP comes from remittances from families abroad.
Not very well known, the breakaway, self styled, country of Transnistria is even less well known, and only recognized by two other non countries, Abkhazia and South Ossetia.
There even once was a second breakaway province, Gagauzia, in the south of the country and split into four enclaves, which proclaimed independence before Transnistria did. Still, the Gagauz settled for only a slightly uneasy truce and autonomy within the republic, where Transnistria and Moldova went through a small war almost twenty years ago and only now see normalized relations slowly happening.
And to make things more confusing, across the border in Romania, there’s a province called Moldavia, though in some languages, both the province and the country are spelt the same. Moldova, across the river Prut, or Pruth, used to be part of what was called the mysteriously named Bessarabia, where country and province once belonged to the principality of Moldavia.

We didn’t play tennis, but did drink the excellent wines and cognacs. And had some rather excellent foods, while it is said that Moldova is a gastronome’s delight. If anything, the city feels like other Warsaw pact capitals in the years after the fall of the wall; poverty is never far away, though not too obvious, while expensive cars ply the boulevards and fancy schmanzy restaurants and cafe serve decent food at inflated prices in glitzy settings, though next to decidedly more low key restaurants and cafes, still serving decent to very good, and very eclectic, foods at surprisingly low prices. And by those in the know, Moldova is said to be the home of the best wines and cognacs in Europe, most of which is never seen in western Europe. In fact, what is said to be a legendary cognac, Kvint, actually comes from Transnistria, the bad boy breakaway non-country of Europe. Though any self respecting restaurant in Chisinau serves expensive western wines and cognacs at relatively low prices, it’s hard to beat the quality and price of the local stuff, typically sold at about a euro for 50ml, a large shot glass.

Chisinau is surprisingly mellow, perhaps helped by the fact that the summers are dry and hot, and was extremely hot on our visit, though the city is also spatious, has plenty of parks and lacks the frantic atmosphere of some other southern European capitals. It also, apparently, has the largest Jewish cemetery in Europe, though it’s really boring, as far as cemeteries go.
But there are also, still, the leftovers of a communist past. Benno and I were whistled in, by a cop, for jay walking. Perhaps angling for bribes at first, we agreed to accompany the officer to the police station, only to be given the suggestion of a few beers after work hours. We gladly accepted, though it didn’t help that we didn’t have a language in common, even though the fine officer spoke three.

However, I’m not totally convinced this is the whole story. In my mind’s eye, the women, fifteen years ago in Budapest truly were more attractive, physically, than they are now. And now, in Chisinau, we found that a disproportionate portion of the Moldovan woman are, indeed, truly stunning.
I suspect that part of this is the Moldovan heritage. It is said that the Romanian language is the one language closest to ancient Latin and Moldovan is just a dialect. Though Italian women supposedly are truly beautiful, having been to Italy on numerous occasions, I never have been really impressed. However, how can there not be some truth to the legend of the beauty of Italian women?
I suspect that legend once was true. But now, with the Italian language having been diluted and having moved away from it’s origins, so have the Italians. Not so the Romanian language and, I propose, the Romanian, and Moldovan women.

Sadly, this theory was thoroughly thrashed when visiting the Romanian city of Brasov a few days later. Perhaps those people are too Italian. Or tourists.

However, I also think there is a second component, which explains Hungarian women seemingly having gotten less attractive over the last two decades. The injection of wealth into eastern Europe is affecting the intrinsic quality of life for those living there. Medical care might have improved for the more wealthy, access to popular and often less healthy foods has as well. Add to that eastern Europe’s tradition of meat based meals, higher standards of living might have actually allowed for more focusing on meat oriented, less healthy, meals, instead of, driven by necessity, less meaty alternatives.
I propose that part of the reason why Moldovan women are so hot is because the country has stayed poorer, longer.

In more cultural news, the one museum we visited was Pushkin’s home in exile from Russia. Having fallen out of favor with the Tsar for being supportive of, though not actually supporting, the Decembrists, Pushkin was exiled to, and lived for three years in, the corner of the empire that was Chisinau. The tiny house he shared with his uncle has been restored in it’s original setting, while the next door building has been converted to a museum.
Though we made it clear we were truly fine without a guide, we ended up with an English speaking guide anyway, whose knowledge and expertise was obvious, but who also seemed to have perfected the art of orating monotonously. To complement her stern performance, she carried around a telescoping pointer, alerting Benno and myself to the possibility of a spanking.
Sadly, no spankings occurred during our visit.

Related:  Long time no see
This text is available under a cc-nc-a license.