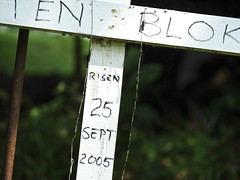 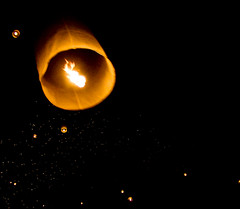 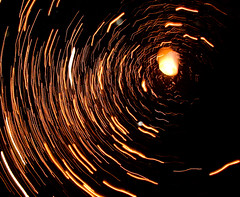 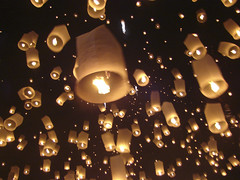 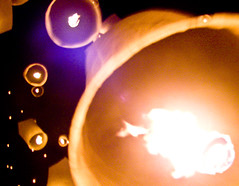 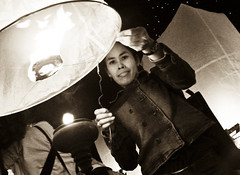 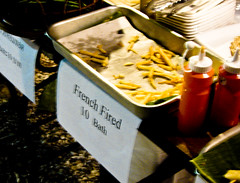 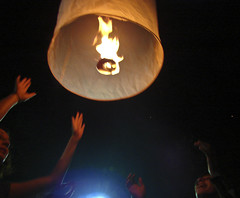 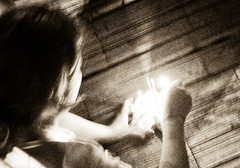 Lighting the candle on the krathong 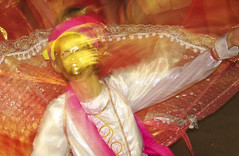 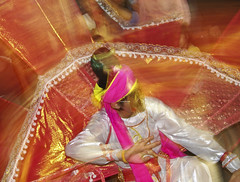 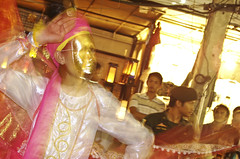 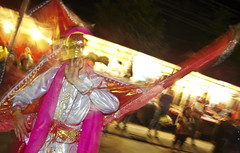 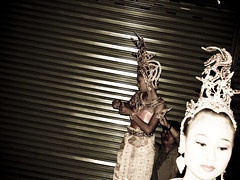 Preparing for the parade 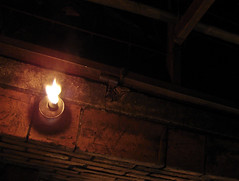 Let me stand next to your... 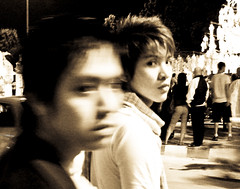 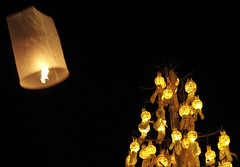 Think of a mix of new year celebrations and carnival parade with some exotic episodes thrown in. That's Loy Krathong.

The jury still seems to be out on the origin of the festival, but one explanation is that it originated in India as a Hindu festival similar to Divali, as a thanksgiving to the deity of the Ganges with floating lanterns for giving life throughout the year. It's of course a funny coincidence that American thanksgiving and Loy Krathong fall on nearby dates.
The krathong is a small raft, perhaps some 15cm in diameter, made from a section of a banana trunk and decorated with folded banana leaves, flowers, candles and incense sticks. Mostly during the night of the full moon of the 12th month of the traditional Thai Lunar calendar, many people release these small rafts on a river, sending it off with all their bad luck, bad thoughts, bad experiences and whatnot. Often, besides a nail clipping and a strand of hair, people put in a little bit of money.
Then, down river, little boys pilfer the stranded krathongs in search for money.
'loy' means 'to float'. Hence the 'Loy Krathong' festival. Betsy had made her own during her last day in Thai language class and together with two of her classmates, we let her krathong float away on the Ping river.

Then there are the khom loy, man-sized paper lanterns with a thick ring of paper drenched in fuel underneath. Lighting the fuel and waiting for a bit will get the air inside the lantern hot enough to have it float away. For days, khom loy have been released across town and on Friday we got to play with a few ourselves. You are supposed to light one and then let it go, making a wish as the lantern leaves your hands.
The night of the full moon, last Saturday, we went to San Sai, where thousands of people congregate to let their khom loy go at the same time. The whole thing, also with a parade, an outdoor temple and a raised golden buddha in front of a white lit semicircular dome gave me the feeling of attending some personality cult's ceremony, keeping my ears open for some sudden announcement we all would have to kill ourselves, but jointly releasing the lanterns was very touching.

Related:  Waiting on a train

Then there are the fireworks. Kids, from five to 75, play with firecrackers, preferably the exploding kind. Most of the week, it's been ok, but Sunday night it was annoying. We sat at the Ping river's shore, enjoying the floating krathons, the parade and some of the fireworks, but couldn't really appreciate the individuals shooting arrows at each other from either side of the river.