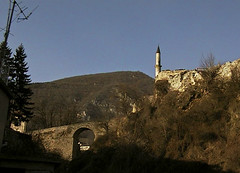 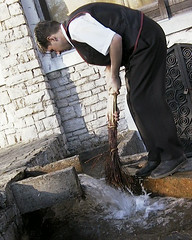 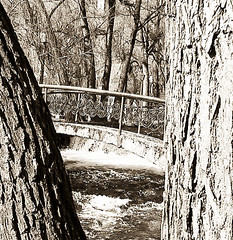 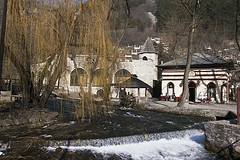 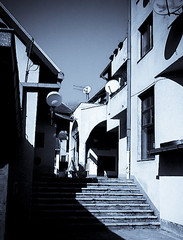 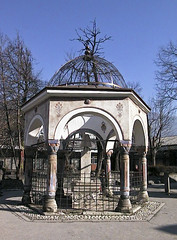 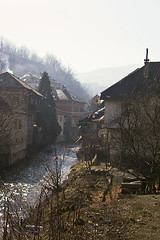 Before I departed for my day trip to Travnik, I left my dirty laundry with Ali and Galentino. They would pass them on to Mickey, who would make sure it'd be cleaned. First, Galentino had claimed that getting my laundry done would not only be free, it would also be done in 'minutes'.
I didn't expect it to be done in minutes, but I would have preferred some clean socks before departing for Travnik. My trip to Travnik also became a search for socks.

Originally, I wasn't really interested in visiting Travnik. But after reading Ivo Andric's book 'Bosnian chronicle', which is set in Travnik, I felt I didn't have a choice in the matter. Andric describes Travnik as a hidden paradise, comparing the valley where the town is located in with a partially opened book.
But it was in a bookstore in Split, where I was told that going to Travnik wasn't a wise choice. Apparently, due to ethnic cleansing, none of the Muslim people were still living in the village, the town now solely consisting of poor Serbs.

Walking around the village, it was easy to notice the people being poor, although not to the extent I had come to expect. True, there was no McDonalds and the buildings on the town's main street could have used some paint, but it was obvious that the local economy was growing. Lots of small businesses, banks and hordes of children going for candy during their afternoon break.
Later, sitting on the terrace of a luxurious restaurant, Lutvina Kakva, on the edge of town, a small puppy was looking up at me, pushing his nose on the ground. I thought it said '1 Mark?', but noticed that was actually the fat kid who had been following me around for 30 minutes or so. I scolded him off and ordered a Bosnian cognac from the waiter.
The waiter bowed slightly towards me, held his index finger in between his face and mine and shook it from left to right; "Tut tur, keine Alcohol!" I ordered cai. Apparently, some Islamics still reside in Travnik.
Some minutes later, two Bosnians joined me. A man, bigger than a bear, and a woman. The man, with a bald head and wearing a sweat-suit, had had his nose broken on several occasions. His eyes were cast deep in his skull and most of his teeth had gone, some having been replaced by golden fakes. "Salaam Aleikum", he said as he sat down.
The lady turned out to be his aunt. Big, both tall and wide, colored hair, crooked nose and some nice big warts on her face, she was dressed in flavors of orange and brown.
The man turned out to speak perfect English and we started talking about nothing in particular. The lady ordered ten small sausages she immediately put on the floor. She had seen a small cat walking around and claiming to have 45 cats at home, she loved cats. The cat showed up immediately and seemed to be stupefied at first at the sight of so much meat, circling the food several times before digging in. The tiny feline creature was able to gobble up eight of the ten sausages before dozing off. Right then, the puppy I'd seen earlier sleepily crawled from underneath my coat, which I'd put on my bag, and started eating the remaining two sausages. "Good strategy", boxerface commented.

Andric describes Travnik as being a long stretch of houses pasted along the river flowing through the valley where in winter the high mountains only allow for a couple of hours of sunshine each day. In the past, Travnik used to house several consulates. Now, it was nothing but a tiny village.