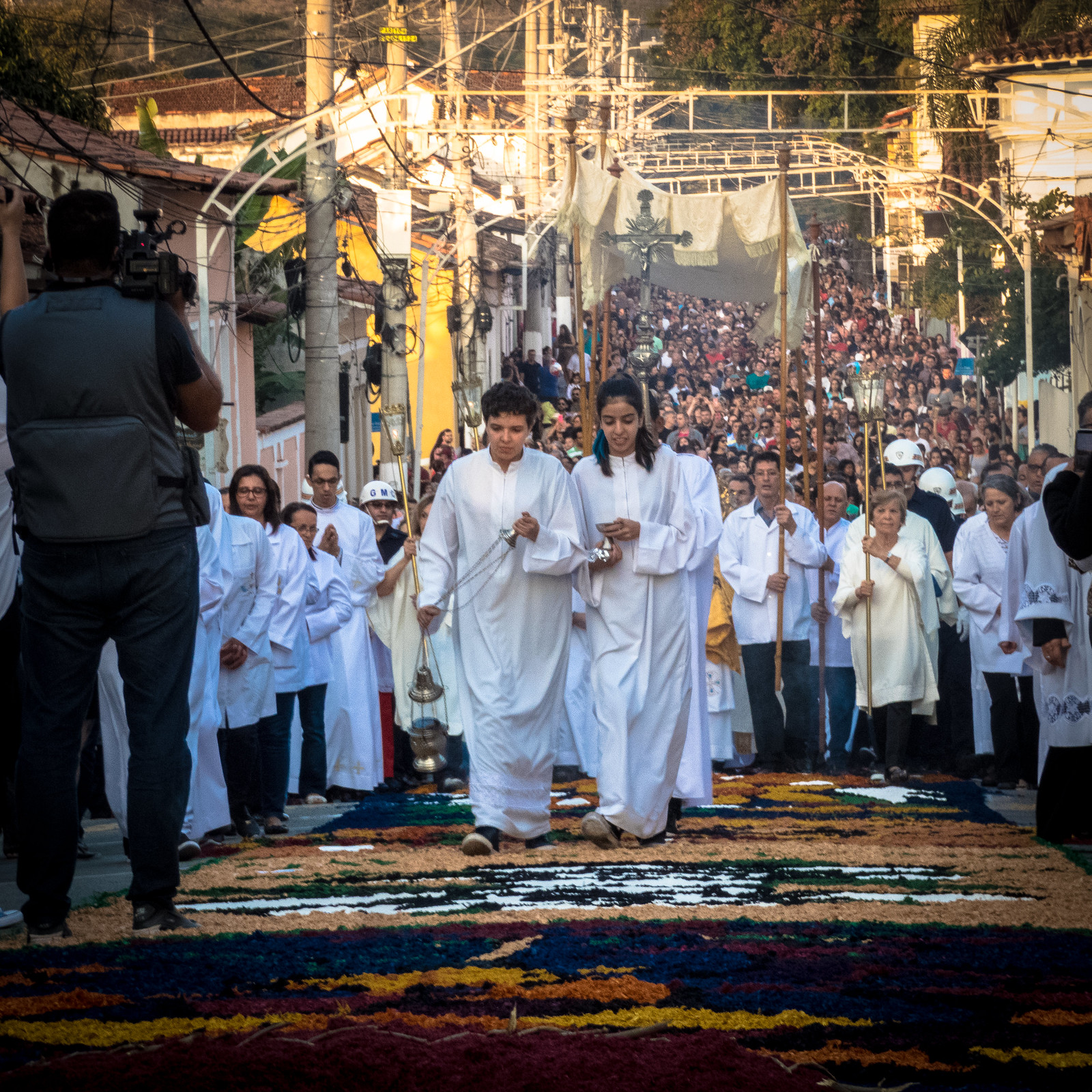 The Vandals are at the gates. Augustine is deadly ill, spending his final days in prayer and repentance. Having coined the phrase “Solvitur ambulando”, “it is solved by walking”, perhaps his ambulatory restlessness at the end of his life indirectly saved the city, as the Vandals initially retreated. But Augustine of Hippo, modern-day Annaba in northern Algeria, did then not walk enough, as shortly after, the Vandals returned and burned the city to the ground. Though not all of it, as Augustine’s cathedral and library were left untouched.
The year was 430AD, and today, in Annaba’s Saint Augustin Basilica, you can visit some of his remains, where a portion of the man’s right arm has been preserved within a glass tube, itself inserted into the arm of a life-size marble statue of the saint.

Augustine, born in Roman North Africa in 354AD, in what is now Souk Ahras, and speaking Latin at home, is considered to have been Berber and, through his writings, we know that he took his African heritage as a point of pride.
Augustine’s mom was a devout christian, but his father was a ‘pagan’, who’s ancestors likely received Roman citizenship through the edict of Caracalla in 212AD. His father honoured the Punic gods, likely giving Augustine also a Phoenician extraction.

Augustine’s first journey took him to school at Madaurus, some 30km from his hometown. Destined for a life of learning, at 17, he continued his education in rhetoric in Carthage, in modern day Tunisia.

He also became Manichaean, a reasonably fresh religion, barely 100 years old, and of Persian extraction. But, he was not a devout follower.
Then, in 384, Augustine almost by accident, stumbled into the most desired academic position in the Roman Empire; that of rhetoric professor at the imperial court in Milan. It was here, when Roman emperor Theodosius I issued a decree to kill all Manichaean monks, that Augustine developed a close relationship with the archbishop of Milan, Ambrose, and rolled into christianity.

Grant me chastity and continence, but not yet

In Carthage, Augustine fell in with a hedonistic bunch of young men, taking pride in their sexual exploits. There, he ended up with a (female) lover for 15 years, with which he eventually had a son. He had brought her to Milan, but his mom had also joined him, and eventually arranged a ‘respectable’ marriage, to a 10-year old heiress. Legal age was 12 at the time, meaning Augustine had to wait another two years, during which he took up another lover, and during which he left us his famous prayer Grant me chastity and continence, but not yet
But, he received it, as before the marriage was supposed to happen, he decided to live a life of celibacy. At 31, in late August 386, Augustine converted to Christianity.

Then, things moved fast. Augustine was baptised in 387, moved back to Africa in 388, was ordained a priest in 391 and became coadjutor bishop (like a vice-bishop) of Hippo Regius in 395, and full bishop within five years of that, until his death in 430, leaving behind one of the most comprehensive bodies of work on Christian and philosophical thought.

A saint with a long reach

Augustine was canonised (by popular acclaim, as, at the time, papal canonisation did not yet exist), and recognised as one of the original four ‘Doctors’ of the church, essentially a very influential thinker, in 1298, and then became the patron saint of brewers, printers and theologians, and is considered one of the few most influential individuals in Christian thought, second perhaps only to Saint Paul, ‘the apostle’ (who, incidentally, was not one of the ‘original’ 12 apostles).

Besides rationally tackling a wide range of theological questions, Augustine also argued strongly against slavery, as, he stated, man should not have ‘dominion’ over man, but only over beasts.

He also recognised the dangers of only having some education, the most difficult student being the one with an inferior education who believes he understands something when he does not.

Augustine’s work has influenced modern day thinkers like Martin Heidegger, Hannah Arendt and Ludwig Wittgenstein, with the previous pope, Benedict XVI, stating that Augustine was one of the most important influences on his own thinking, calling Augustine a “traveling companion in my life and ministry“.
Remarkable, in that the real tangible writings of someone who lived 1600 years ago influence great minds of our own age.

To be on the road, is to be at home

Augustine was a prolific writer, and dealt with a broad range of subjects, many, but not all of religious nature. Perhaps due to his origins at the periphery of the empire, his ethnic heritage, his pagan connection, and his close presence to the center of power, he combined his reasoning into a framework that allowed him to question, interrogate, himself, his surroundings, as well as his faith.
And, he thrived through the acceptance of the journey as an integral part of his existence.

The Egyptian-Greek poet C.P. Cavafy, who after his death in 1933 became recognised as among the most important figures in Greek as well as Western poetry, describes in his superb poem Ithaca the journey of Odysseus to his home island. Beautifully, Cavafy describes how the joy is in the journey; “Hope that your journey is a long one”.
Augustine was of similar mind. Stating that “In via, in patria”, which is often translated as “The homeland is the journey”, though I prefer a more colloquial “To be on the road, is to be at home”. The necessity of travel, and the fact that agency for this resides with the individual, not with happenstance, Augustine explained with “God provides the wind, Man must raise the sail.”.

Similarly, attributed to Augustine is the phrase “Solvitur ambulando”, meaning “It is solved by walking”. A fitting statement for a lover of the journey, even though this statement is ‘merely’ an attribution. And, to underscore the possibility of this particular attribution being apocryphal, Diogenes of Sinope, who predated Augustine by some 800 years(!), is said to have replied to Zeno’s paradoxes on the unreality of motion, by standing up and walking away. Not exactly solving something by walking, but definitely ignoring the problem at hand by walking away. But, whether the statement originated with Augustine or not, Augustine recognised and acknowledged the joy, and importance, of travel, and how walking, as an act of and in itself, can drive towards resolution.

Reinforcing the necessity of movement, with travel as a natural state, Augustine also stated that “The world is a book and those who do not travel read only one page.”. He brought the point home, emphasising that movement is pointless without self-discovery, with the following piece:

People travel to wonder
at the height of the mountains,
at the huge waves of the seas,
at the long course of the rivers,
at the vast compass of the ocean,
at the circular motion of the stars,
and yet they pass by themselves
without wondering.

More recently, as with Augustine’s more philosophical work in respect to modern thinkers, his vision of walking as methodology has found resonance with modern authors and travel writers. Lewis Carroll brings up the phrase Solvitur ambulando in one of his books; it appears in Gödel, Escher, Bach ;in work by Henry David Thoreau, Bruce Chatwin, and Paul Theroux.

Related:  Checking up on the Knights Templar

As an aside, “Solvitur ambulando” also was the motto of the British Royal Air Forces Escaping Society, a charitable organization, formed to support those who put their lives at risk to assist and save members of the Royal Air Forces who were attempting to escape capture behind enemy lines during World War II. They, the members of the RAF trying to escape, very literally tried to solve their problem, of not being captured, by walking.

Therefore, walking artists, in their newly emerging field, find themselves in good company. Walking artists know that the joy is in the journey, that being on the road is being at home, and that problems are solved by walking.
In that sense, Augustine of Hippo very much is the spiritual predecessor to today’s walking artists, as well as the natural figurehead of walkers, the world over.

Augustine was said to have an inquisitive mind, evidenced by his success in reasoning and rhetorics, and his long-lasting philosophical influence on matters of the Christian church and beyond.
As a bishop, Augustine traveled to, and attended, church councils in the North African region of the Roman Empire some 40 to 50 times. From Hippo, he made the nine-day journey to Carthage, home of the metropolitan catholic see, meeting other bishops of the region, some thirty times.

Perhaps surprisingly, athletes have two patron saints; a Saint Christopher, more likely ‘only’ a legend, but who also is the patron saint of travellers; Saint Sebastian, also patron saint of soldiers, of whom also no contemporary accounts exist.

Walkers, as yet, do not have a patron saint.

Augustine of Hippo is a towering historical figure, of whom a large body of work survives, who has influenced the Christian church more than almost anyone, and realised the importance of the journey as a process for development and understanding of the self, and found travel an essential component of his ability to do the work he had mastered over the course of a lifetime.

It is time walkers recognise their patron saint. That patron saint is Augustine of Hippo.

One Reply to “Life is travel, the case for the patron saint of walkers”