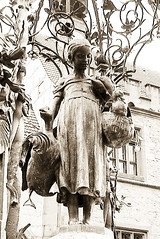 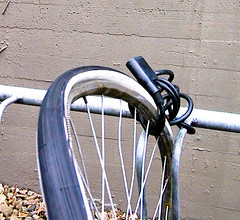 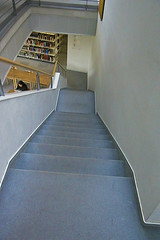 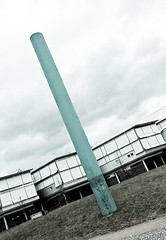 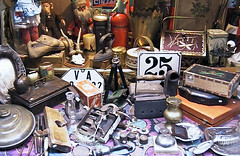 Goettingen more or less was created to be a university town. Ironically, the regular population is lobbying for the university to be either removed or downsized.
The university buildings aren’t very impressive. Most of them date from the middle to late 20th century and are mostly just very boring, rectangular structures. Only the library is a mild exception: Slightly futuristic, at least to early 90s standards, with lots of open spaces, many glass walls and a large bunch of Linux-operated PCs. I decided there and then that, when back home, I would install Linux on my own PC too.

My tour of Goettingen mostly brought me to bars, cafes and restaurants. However, I did learn a couple of things, although I might have been slightly alcohol-induced. Germans, when serving beer, always put a little piece of paper at the bottom of the foot of the glass. I always figured this was to absorb condensed water, trickling down from the outside of the glass, but it turns out it’s actually a relic from bygone times when the glasses came without the name of the brand of beer you’d be drinking. The piece of paper would hold the brand, so you’d know what you’d be drinking.
Another thing is that, apparently, the door to a German bar always opens to the outside. And indeed, at least in Goettingen, all bars, from ‘Villa Cuba’ to ‘university theatre’, all doors opened up to the outside. With doors opening up to the outside, it’s easy to ‘fall’ out of the pub upon leaving, even when drunk. Very useful on this Saturday night.

With a lovely hangover under my belt, we spent most of the next day in Hannoverschmuenden. It’s claim to fame being that it’s the only location in Germany where a river originates that actually opens up into the sea on the German shore. No spring, just two rivers, the Fulda and the Werre, colliding that change into a ‘new’ river, the Weser, upon collision.
At three in the afternoon, the town had already gone completely dead and we decided to go for some coffee and pastry in the worlds smallest Internet cafe: 1 disconnected PC was gathering dust between the Sachertortes and cappuccinos.

Again, partying till late during the night, which meant I was only left with some two hours of sleep before it was time for me to catch my train onward.