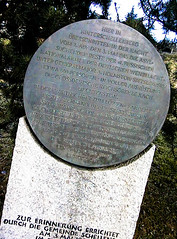 The Russian monument in Hinterschellenberg 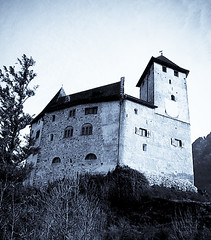 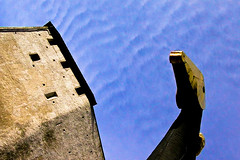 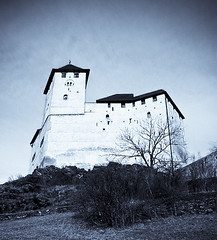 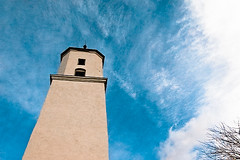 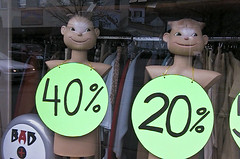 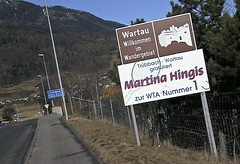 I always imagined Liechtenstein to be similar to Luxembourg. I like Luxembourg, the city more than the country, with it's small town appeal, old town center and beautiful location, on something of a rock, surrounded by a deep valley, fairy tale like.
Liechtenstein, although with its people as friendly as the people from Luxembourg, the country itself, let alone its towns, is much less interesting.

The journey to Liechtenstein was already a harbinger of evil. Hours before crossing the border, it had started to rain badly and temperature had dropped significantly. Arriving in Liechtenstein at 9pm, everything was closed and the weather was even worse. Everything, accept the McDonalds, open till 10pm…
The next morning I had breakfast with the owners of the small panzion I was staying at. Herr und Frau Jaeger were around 70 years old and Frau Jaeger was the one who did all the talking. Her husband occasionally also said a word but was deaf, inaudible and senile, having retained only 3 black teeth of all his dentures. Whenever he spoke, all that was needed was to throw in 'Yes?', 'Well…', or 'No' at the right time.
Him being deaf had proved useful the previous night, when arriving. I had no problem finding the panzion when getting off the bus. I just followed the glaring noise of the television set.

On one of the trains between Goettingen and Vaduz, Liechtenstein's capital city, I sat across a tiny old man, complete with slanted cap and walking cane. After he had entered the compartment, he started to ask everyone if he could join them on their Schoenes Wochenende Ticket and the couple next to me had no problem with that. When the conductor had stopped by and was gone, the old man stood up, took of his hat and made a deep bow to the couple next to me: "Danke".

The Schoenes Wochenende Ticket is great. Although it's price has increased 10-fold over the last 10 years or so, it allows you to travel for one day during the weekend with up to 5 people. Currently, the price is 22 euro, 4.40 per person! You only get to use the slow trains, but who's really counting at those prices?
The girl of the couple helping the old man was a welcome change to the rather drab collection of women on the train. It seemed the people were getting more and more ugly as I was moving southward. Shorter, fatter and with more and more grooves in their faces.

Related:  Another week over

So I was stuck on a long train ride and had all the time in the world to look at the landscape rushing by in front of my window. The rolling small hills, bridges, houses and roads almost built on top of each other made me think of a miniature train landscape.
I also bumped in to three Ghanaians who were discussing the positive and negative influences of Kwameh Nkrumah. Shortly after I joined the discussion, I lived in Accra for three months, I was invited to eat kenkeh, tilapia, greengreen and several other dishes immediately. I politely declined, I had to get to Liechtenstein.

In Feldkirch, where I had to switch from a German train to a Liechtenstein bus, I got myself a vegi-sandwich, in Austria. Walking to the snackbar, I passed a wall where, on two phones, two people were shouting into the receiver. Since they weren't shouting at the same time, not one single time, it seemed as if they were holding a 'conversation' with each other, verbally molesting the other every time they opened their mouths.

The end of Euroland

Euros are only accepted in a handful of places in Liechtenstein. These people easily prefer the Swiss Franc. Liechtenstein doesn't have its own currency, although the country earns millions each year by selling stuff to collectors. Stamp collectors. At Vaduz' main postal office, right next to the postal museum, you can collect all the stamps from any year for 30 euros.

When arriving in the country, I was able to pay for my bus ticket in euros, although I learned later, the hard way, that not all bus drivers were that friendly. McDonalds only accepted euro notes and served me a 4 dollar shake. I immediately looked around for either Vincent Vega or Mia Wallace, with no luck.

And on the border with Austria, but not with Switzerland, passport checks are significant. I had to get off the bus, my luggage was checked, questions were asked but no stamp was given. For a passport stamp, you have to go down to the Vaduz tourist office and pay 2 euros.

As a whole, Liechtenstein isn't overly attractive. Although the country is small, there's also a relative small number of inhabitants, allowing for spacious town planning and lots of farmland. Most towns lack a downtown area since all, even Vaduz, are basically no more than villages. The few sights are few and far between and some aren't publicly accessible.
Vaduz' castle isn't open to the public either. Not that surprising since the royal family still lives there. The area around the castle, built on the side of a mountain overlooking Vaduz does give good views of the country. It's a pity Vaduz itself, with its tiny financial district isn't very appealing. I enjoyed the sun on a grassy field close to the entrance to the castle in the hope the now 30-year old Tatjana, Liechtenstein's youngest princess, would stop by. Later, I learned she looks more like a farmer's daughter than a royal princess.

Gutenberg castle, in the south of the country in the village of Balzers isn't open to the public either. Although it is possible to get into the courtyard, where, seemingly, a Troy-like wooden horse grins at you for coming all the way to his puny town. The castle, built on a hill in the middle of the village gives you a nice view of the surrounding area, with two large Alpine ridges flanking the village on both sides.

Possibly the only 'tourist' attraction with some international aspirations is 'the Russian monument'. It was built on the border with Austria where, in 1945, the only Russian battalion in German service deserted and crossed into neutral grounds. After two and a half years of negotiating, the Russians were allowed to leave for a country of their choosing. The history books don't say if they moved back to the Soviet Union. Probably they didn't though; Stalin surely would have shot every single one of them.

Although there are only four independent territories in the world smaller than Liechtenstein, the Russian monument is still a long way from Vaduz. I decided to take my backpack, travel to the monument and then walk on to Austria from there. The border crossing that I eventually passed seemed be be unoccupied, although it was forbidden to cross between 8pm and 8am. At first, I wasn't that keen on going to the Russian monument, but when the lady at the Vaduz tourist office told me the site was really worthwhile, I decided to go. She must have laughed very loudly after me leaving her office.

Related:  Of UFOs and a flying monk

Some years ago, I visited Russia and I had gotten impressed with the typically Russian, imposing, style of creating monuments. I expected something similar.
It turned out I had to walk past the monument three times before I realized it was no more than a small stone slab in between two small threes, next to the road, some 300 meters from the border.

Close to the Russian monument, there was something else that did make the trip worthwhile: Restaurant Loewen, Hinterschellenberg. Although, normally, muzak version of 'We are the world' and 'I just can't stop loving you' aren't appreciated, it fitted nicely with the wooden chairs and tables, the maids in costume and all the men smoking cigars.
Normally, I'm the only person in a bar or restaurant smoking a cigar but here all the men seemed to be addicted. I suppose that, considering the relatively high pricing index of Liechtenstein, cigars must be relatively cheap in this country.

When I asked the bus driver who dropped me off in the neighborhood of the monument how far I still had to walk, he told me some 500 meters to the monument and maybe 2.5 kilometers to Feldkirch, in Austria. The monument turned out to be 2km away, Feldkirch about 5 more.
Getting lucky, I got a ride from a hippie to Feldkirch train station. Time for another vegi sandwich.

Crossing the border, I felt a bit like the von Trapp family. Under the cover of darkness, I was crossing into another country past abandoned border posts. A sign next to the border post said that crossing was only allowed with a valid 'ausweiss'. I checked my ausweiss. It was valid.
Right on the border, the three jugs of beer had their effect. I relieved myself next to an abandoned cabin. Seconds before I realized that was the border post itself. I quickly moved along.