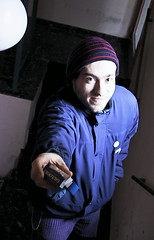 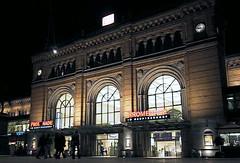 When, in April 2001, I said farewell to my friends in Ghana, it was already clear I had to visit one of those friends Vienna, where he would be a couple of months later. In July I was going in September, I went in February. The added bonus for my delay was that I would now also visit the Balkans.
I told my customers as early as October, that I would leave come February but of course, they only realised late January. So starting mid-January I was bombarded with work, doing 16 hours per day. Still, I was able to advance my departure by a week and on the 25th of January 2002, at 3 in the afternoon, I left for Germany.
In total, I would visit 11 countries, 5 of which were new to me, 21 cities, of which 17 were new, meet many people, make one and a half thousand pictures and write a whole book. It keeps one busy, if anything…

This is the story, the pictures and more.

If you travel a bit and learn of the cultures you experience on your travels, you slowly start to realise that the issues at hand within any particular culture or society are quite trivial, or at least not unique.
Because you can understand the issues from both sides, problems by definition get more commonplace because nobody and at the same time everyone is right. This, because every individual is a product of its own environment which forms the basis for his own opinion and conviction. Conflicts can therefore be only solved when the different parties can open themselves up to the problems of the other.
Forcing this on someone is a sheer impossibility. That is, unless it is forced upon you due to your living conditions, which could be the situation when living in a large metropolis: many ways-of-life live besides each other and must, by force of circumstance, learn to live with one another. This automatically makes people understand each other better and accept each others views more easily.
Discovering the visions and ideas of others is the boon of traveling. That’s why I can’t sit still. That’s why I went to Bosnia.

Shortly after arriving in Hanover, I was welcomed by good jazz music coming from bad speakers below manholes on the Hauptbahnhof. At first I thought that the colorful ad display in the distance, equipped with TV, was causing this disturbance in the force, but while on my way to the Nordsee for a sandwich of ‘Meerlachs und Eier’, I was startled by the suddenly increased volume when crossing one of the manholes.

A couple of years before, I also had had a stopover in Hanover (link) and since then, many a thing had changed, for the better. The area around the train station had metamorphosed from one big pit of terror into a lovely and well kept airy space, forming an impressive welcome to the city.
Astrid and Kersten had taken me on a ride to Germany. Two former Eastern German girls, now working just outside of Rotterdam. I had made contact with them through a car-sharing website. The girls went to Berlin for a weekend of partying and were able to drop me off in Hanover.

Since I didn’t want to detain them too long, I got off in a suburb of Hanover. The trip from Rotterdam to Hanover had gone much slower as I had hoped, mostly due to the roads between Rotterdam and Hanover having been completely blocked. Apparently not unusual on a Friday afternoon.
I would travel onward to Goettingen to visit my nephew, just before he would move to Berlin and continue his university there. Now, although I had to wait in Dedensen for a local train to Hanover, a positive side effect I endured was the hordes of pretty young girls seemingly coming from the woodwork minutes before the train arrived. Young, pigtailed, with bell-bottomed trousers, long legged, high heeled beauties. An welcome invasion.

The invasion continued in Hanover. It was almost impossible to push myself, carrying a significant backpack, through these crowds of women. And I hoped that the impression of people fondling me was caused by the girls, not the few man in the crowds.

Although the drive was a slow one, I still turned out to be 90 minutes ahead of schedule when I arrived at the main train station. Surprisingly consistent, my intended train from Hanover to Goettingen had a 90 minute delay. I left immediately on an earlier train.

Related:  A wedding in Brighton

It turned out the train I took was going from Hamburg all the way to Vienna. It was loaded with partying youngsters, cheap ghetto blasters pumping out the latest hip hop tunes, drinking cheap beer and carrying big bags with skiing equipment for the Australian alps.

It took about fifteen minutes of hide-and-seek for me to find a place to sit. I ended up in a compartment with two gay guys. One was a bit over 40, slim, and was dressed completely in black, wearing round, thick-rimmed, red designer glasses. He was making phonecalls all the way from Hanover to Goettingen, telling the person on the other end of the line that he needed to be in the US in 10 days time, for the beginning of the season and ‘do’ the first shows in LA. But now he had to visit his dying father and pick up the table they had talked about before.
I was happy to get out of there.

During my ride from Goettingen to Triesen, in Liechtenstein, later on, I had problems of another kind. I had a schedule that told me I had to leave at 7 in the morning, having me arrive in Triesen at 8 at night. When my ticket was checked on the first train, it turned out that the Schoeneswochenende ticket wasn’t valid for that particular train. I had to get out at the next station. There, a friendly clerk showed me it would be impossible for me to still arrive in Liechtenstein that same day. I decided to try it anyway and was lucky. Using several bus connections, I was going to make it. I finally arrived in Liechtenstein at 9pm. To find everything closed.

Now, however, I had arrived in Goettingen.

Luckily, I had Jan, my nephew, his phone number, so that I could call him and make him come and pick me up since I was still 90 minutes early. The person answering the phone sounded like my nephew but completely denied being called Jan or knowing me. Assuming I had mis-dialed, I dialed again, and went through the same motions. Wrong number or sick joke?

In case it was a sick joke, I quickly arranged for a back-up. Goettingen has a youth hostel and I decided I would go there if all else failed. Meanwhile, I would stop by my nephew and kick the shit out of him. The German, working at the train station, who gave me a map and pointed out the right street to me, looked like Leni Riefenstahl would salivate over him.
Jan turned out to live smack downtown Goettingen.

On my way to the city’s main square, I walked past a statue of the Gaenseliesel,the ‘Geesabe’ or ‘Geesegirl’. Living in this town in the middle ages, she, supposedly, is the one who told all the stories to the Grimm brothers, also from Goettingen, for which they became famous. It’s tradition to kiss the girl upon graduating from the city’s university.

It is said that Goettingen has produced seven famous people. Fame, of course, is relative since besides the Grimm brothers, Otto von Bismarck was the only one I recognized. More recent locals that have become well known across the world are the Guano Apes. They’re from Goettingen.
I bumped into the band’s drummer the next day, inside the university bookstore. Obviously, he didn’t fit in with his greasy long hair, baggy pants, old leather jacket and 5 day stubble. It seemed he was accompanying his girlfriend.

Some minutes after leaving the train station, I arrived at the alleged home address of my nephew. It turned out to be the university restaurant. Almost. Home numbers turned out to be a bit out of tune and between the doors of two adjoining bars, I found a door with some 25 doorbells, including one that bore my nephew’s name.

Walking upstairs, I stumbled right into a party. A good thing since I had brought some Dutch gin, jenever. The students had just finished a round of exams and were now celebrating their newfound freedom.
I figured I was fooled by someone else picking up the phone earlier, when I called, but it turned out that I simply had the wrong number.