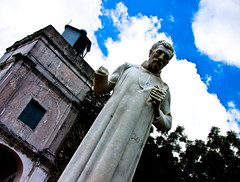 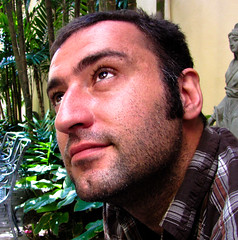 Trying to recreate my profile picture 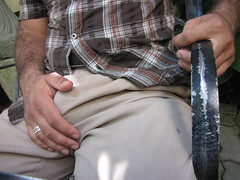 Do you need a hand with that? 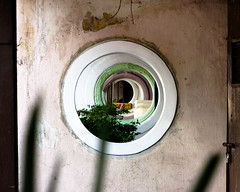 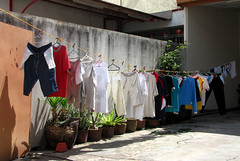 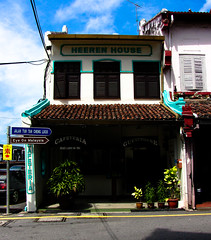 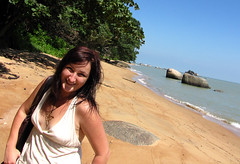 Happy on the beach 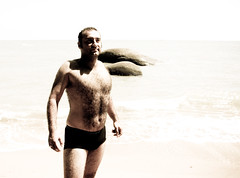 The return of Johnny Weismuller 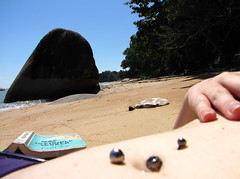 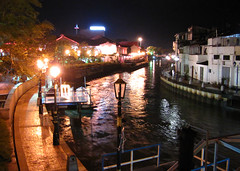 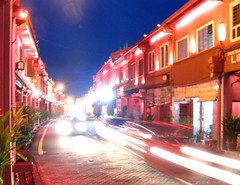 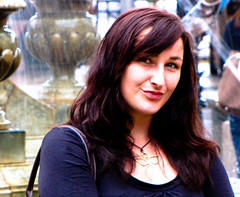 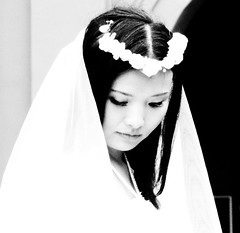 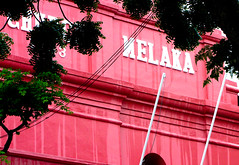 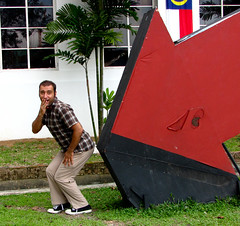 The Portuguese, Dutch and British influence in Melaka is so clear, it makes it hard to accept it’s in the most south east of South East Asia. The town square is surrounded by red brick Dutch colonial architecture, the low houses next to the Melaka river are straight out of some French colonial town, the food is as eclectic as in any European tourist town. And the weather, when we arrived, was as northern European as it gets: rainy and gloomy.

Still, Melaka is lovely. We’re staying at the Number Twenty Guesthouse, an old colonial building from the 17th century with basic but decent rooms, a wonderful lounge area and the excellent resident cat Thomas, a girl, who was good enough to claim our bed as his own.

Arriving a bit later than expected, we strolled around the more commercial part of town, where we found two huge and modern malls, one with a decent English book store, the other with a video arcade which introduced me to yet another new rhythm game, EZ2Dancer, a combination of DDR and ParaParaRevolution. Excellent gameplay!
The game, which requires you to dance as well as wave your hands in accordance with on-screen instructions has been around since 2000. However, due to Konami winning a lawsuit in 2005 against the creators of this game for EZ2Dancer being to similar to Beatmania, the producers of EZ2Dancer went bankrupt.

On our second day, we headed over to Tanjung Bidara, a pretty beach some 30 kilometers from Melaka, for which we had to take three buses to get there, while hitching a ride back from the resort due to lack of public transport. On the weekends, the beach is probably still busy, but on the Tuesday we were there, it felt so deserted, we could have assumed the end of the world had arrived, without anyone letting us know.
We had first wanted to go to the nearby island of Pulau Basar, but apparently, there are no operating resorts at the moment, as are there no shops, restaurants or cafes. So we opted for the slightly easier option of Tanjung Bidara.
Luckily enough, none of our gear was stolen by, as we later found out, the monkeys prowling the beaches. Perhaps they only work on the weekends.

It seems Melaka’s more touristy area make its money on weekends. On our first day, a Monday, almost all cafes and restaurants were closed. On the second, a few were open, but though on Monday we had a superb dinner at Selvam, an Indian run roti house and the second place in Malaysia where we at superb Indian foods, after Kasim Mustafa in KL, we wanted to try something else on Tuesday, which meant really searching hard for something still open at… 8pm.
When asking for some suggestions from a lady who was trying to get us into her teahouse, we were told there really was only one option available to us, the Geographer cafe. Why? “Well, you see, this is Tuesday”.
Though costing us three times as much as Selvam, while selling international fusion dishes (and gado-gado), the food and the place itself were both very decent.
Afterwards, we rewarded the tea lady with a visit to her tea house. There, after entering the gate, we had to walk through a 50 meter long pretty alleyway, which, after turning a corner, opened up into a beautiful Chinese teahouse, formerly a temple. All the while, in the alleyway, I was half expecting to be clobbered on the head at some point, the whole thing a ploy to relieve me of my assets.

In the teahouse, we were joined by two older Chinese ladies, who first talked about a long list of options we had for choosing what kind of tea, after which we received a private lecture on the benefits of tea in general, our picked tea, some black tea variant, in particular, as well as on the history of the 350 year old tea shop.
The Zheng He tea shop is connected to the museum with the same name, which, of course, relates to history of China’s most famous seafarer.
Later, we visited the museum, where we found a whole area dedicated to Gavin Menzies’ theories. Though the building is relatively new, at 350 years, the facade is claimed to be the same Zheng He used in the 15th century.

Related:  From Lusaka to Kafue… and back

Strolling around town, before heading back to KL, we found Melaka to be a cute little town, but with a strong focus on tourism. We missed the recently renovated Portuguese area of town as well as a chance to have little fishies nibble away at our dead skin. Simply too little time.