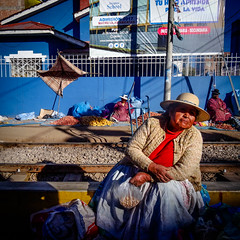 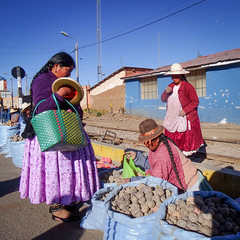 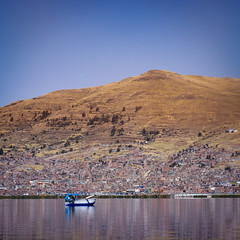 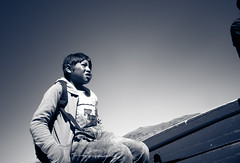 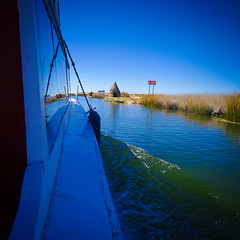 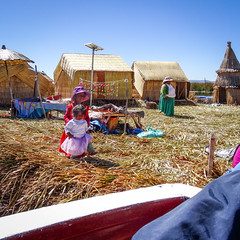 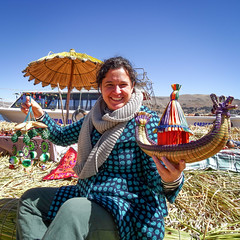 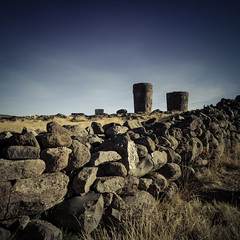 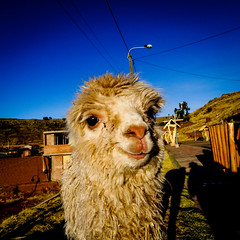 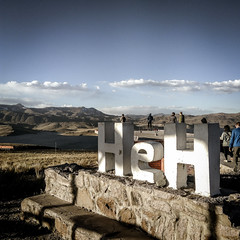 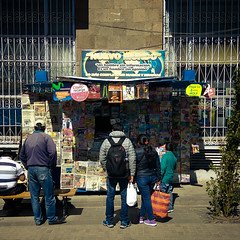 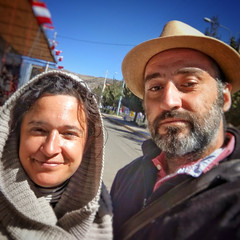 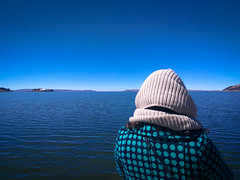 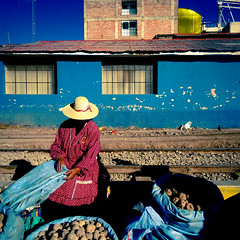 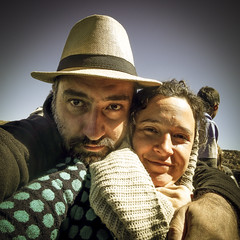 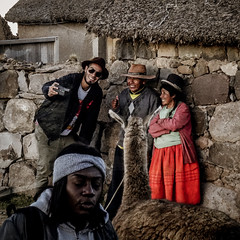 The star attraction in Puno is lake Titicaca, and the floating islands on the lake. Now halfway to Disneyfication, the experience of visiting the islands is still quite worth it. Hundreds of people live on constructed, literally floating islands, held down by anchors, on the lake.
A base of big clots of dirt, covered with cut reeds, anchored down to prevent the islands from floating away. The reeds have to be renewed every few weeks.

When we visited, a cat fell of one of the islands right next to us. One of the ladies made a quick move and saved the kitten.

Near to Puno, plenty of Inca and pre-Inca leftovers are also worth visiting. This includes a fertility temple that’s probably a fake, and a village of the dead with a few dozen funerary towers, which reminded me of the persian towers of the dead, though on a smaller scale. With the difference that, here, the dead were not tied up on the roofs to be eaten by birds, but were wrapped up in little packets inside the towers, awaiting their reincarnation.

One evening, we had dinner in a restaurant where one of the items on the menu was not recommended by the restaurant itself, in three languages. We had to try it: dried potato with cream.
It wasn’t bad at all.

Related:  The ostrich
This text is available under a cc-nc-a license.