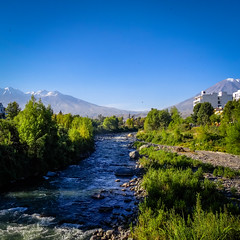 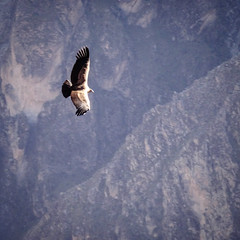 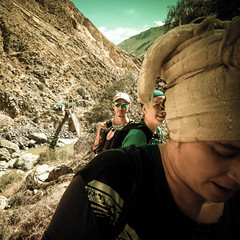 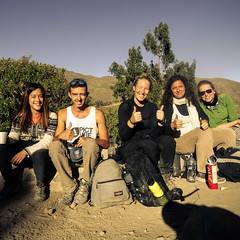 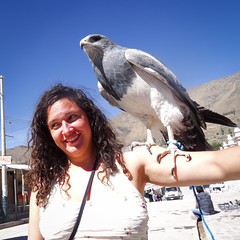 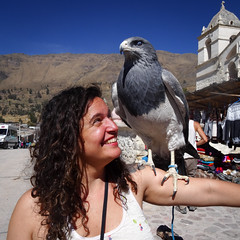 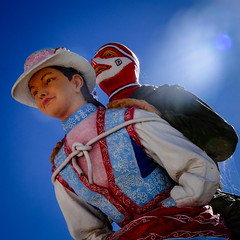 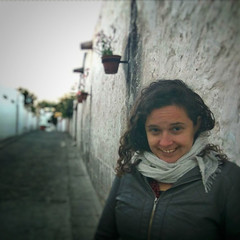 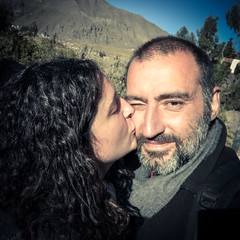 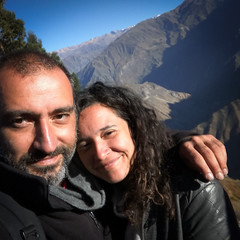 We stayed opposite a municipal building and experienced several demonstrations during our short stay. One was of a collective of farmers who were agitating against the use of powdered milk. Their shirts read “Leche es amor”, “milk is love”.

After Arequipa, we took a two day trek through Colca Canyon, almost the deepest canyon in the world, and deeper than the Grand Canyon. The trip started at a place where condors use thermal vents to keep floating. We were there, as well as about a 1000 other tourists.
Most of these went on to see some of the sights of the canyon by bus, a much smaller group, including us, went for an actual trek.
Our two day trek was great, probably the highlight of our trip, but also was too much packed into too short a time. A three day version of the trek covers the same distance, splitting the two treks we did on the first day over the first two days of the three day trek. A much better alternative.
The one night we spent in the canyon was at a little settlement Google Maps calls Park Sangalle. A cute little collection of hotels with swimming pools surrounded by steeply rising mountains. We had too short a time there, would have loved to have stayed longer.

Related:  A challenging soccer match
This text is available under a cc-nc-a license.