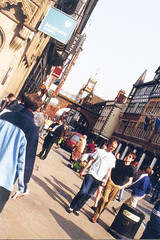 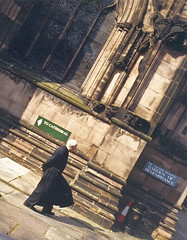 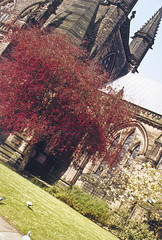 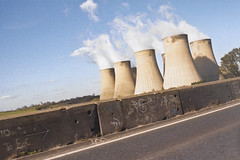 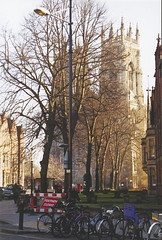 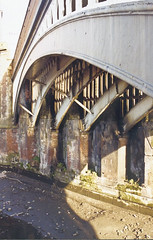 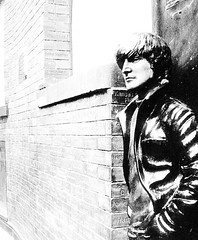 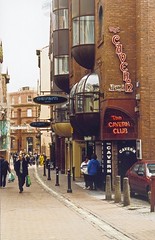 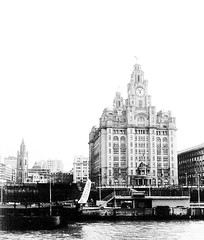 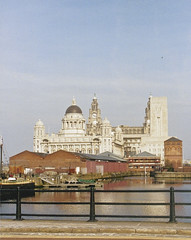 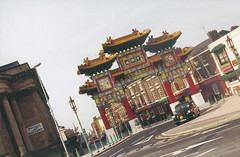 The Chinese are coming 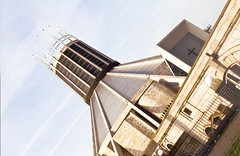 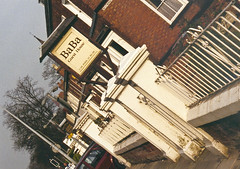 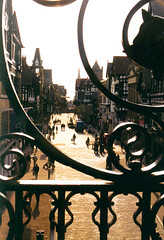 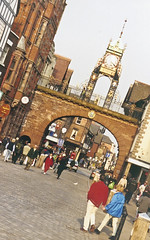 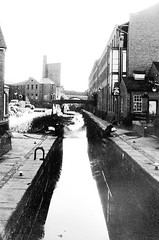 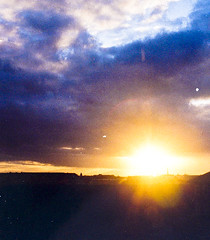 A thousand kilometer, five day journey through the UK.

In April 2000, I had to visit a number of potential clients in the UK, for my job. The clients were located in Wales, close to York and close to Nottingham. The five day trip gave me the opportunity to visit the cities of Llanberis, Manchester, York, Chester and Liverpool. Especially York and Chester are very nice cities to visit, but also are continuously loaded with tourists.

I was strolling through the town of York, in the evening, a lovely town by the way, when quite suddenly I was approached by a woman of maybe 35 or 40 years old. Just a bit over 5 feet tall, she was blond with medium long hair, tiny and obviously had been quite attractive in her earlier years. When she talked she talked at a relaxed pace almost without stopping, generating a continuous flow of information.

She wanted me to buy good luck charms from her. "I'm not gonna hurt you; you don't have to buy them; it doesn't hurt looking."

What startled me from the start was, that I was totally relaxed with her. Clearly, she was doing some glorified begging scheme and in England, that could only mean for me loosing much more money than you could ever consider loosing to a beggar. But somehow, I didn't really seem to mind, both interested and curious as to what was going to happen, I waited. And indeed, it wouldn't hurt to look.

'Open your left hand sir, I won't charge you for looking. I'm not a thief, you don't have to worry.' In the palm of my hand, she put three, as she called them, good luck charms. All made out of glass. The first, two clear glass chips stuck together, was for luck. If it would ever break, my luck would stop.

Related:  From Amsterdam into Belorus

The green round one I would always have to carry with me. The third, a heart-shaped stone, also totally clear and colorless, just like the first one, I should give to the one I would want to love forever.

Then, she started reading my palm. Holding my hand, looking at it, with the stones still in my palm. I looked at her face, her mouth, her eyes.

'Your life line is very long, but your health line is broken.' Now I could have told her that! Then she went on, telling me about myself: 'You worry too much sir; you've got very strong willpower; you've got family and friends who care a lot about you and you care a lot about them; you will never be a millionaire but you will always have enough; you are a very strong man; you just had a very difficult time but the worst is now behind you.'

She had started to intrigue me more and more, and especially her last remark struck home. Me and my girlfriend had been together for four years, and only shortly before me going to the UK, in the period when I had moved from Brussels to Rotterdam, we had broken up, resulting in difficult times for both my (now ex-)girlfriend and myself. I had had a very difficult time and it was good to know that the worst was now behind me.

I had been struggling with what, at this cusp in time for me, would be the best for me. Either begin again (or go on with, depending on what way you look at it) with Julia, my ex-girlfriend and accept the near-perfectness of the relationship (as being not perfect). But what would I then need out of the relationship? What was I willing to give up? What would I accept? But, by breaking up, hadn't I thrown away the best thing that ever happened to me, and shouldn't I try to retain that at almost any cost?

Related:  A week in Brighton

'You just had a difficult time but the worst is now behind you' echoed through my head again. Slowly I had started to accept that maybe, indeed, moving on, closing the relationship that I had had with Julia, would be the best thing for me. I just wasn't completely sure. ' …the worst is now behind you.' I started to believe that, indeed, it was time to go on with my life.

The woman continued:' Who's the letter 'J' in your hand?' Wow. And:' Did you just move or are you about to move?' Wow again. I said I had just moved, but she went on:' If, very soon, you get an opportunity for moving, you should take it.' Not only did she totally convince me with those two sentences, I'm also very much considering moving to the States. Was she referring to that? 'You are a very strong man; you have strong will power, but you worry too much.'

That more or less ended the session. She drew a cross in my hand quite a number of times, where I also had to make a wish at the same time. Then, she told me, I had to put two bank notes in the palm of my hand and make another wish. 'Don't worry sir, I'm not a thief. I won't steal your money. I've got change.'

Since I had just moved from Belgium to the Netherlands, I still had quite a collection of Belgian money in my wallet. The smallest amount of English pounds I had in bank notes was 20pounds. A little bit much for a palm reading, I thought. I put two 100BEF notes (about $5) in the palm of my hand. 'Close your hand and make a wish.' I did. Then the haggling started. She wanted 15pounds, I was willing to go up to 10.

'5pounds for the charms, 10 for the palm reading. You won't be missing it, sir.' Now that was correct. I would never be a millionaire but I would always have enough. I wouldn't miss the extra 5pounds and I did believe she was worth the money. I gave her the 15pounds.

After she left, I again went through the things she said. The worst is now behind me. I am a very strong man and have strong will power. I will never be a millionaire, but will always have enough.

Can you buy peace of mind? I think I did. Just who was going to be the friend she mentioned…