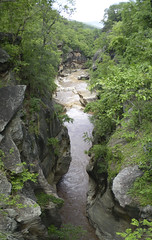 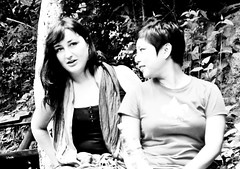 Niamh and Fe in the swing 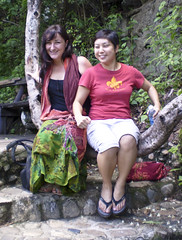 How romantic, sort of 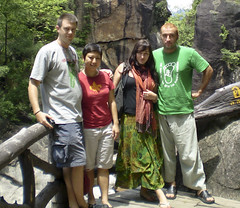 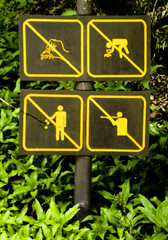 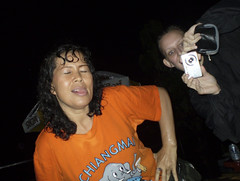 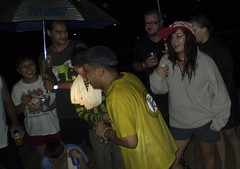 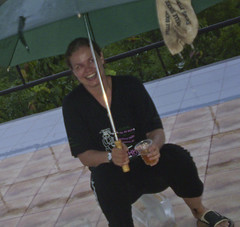 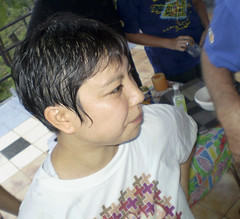 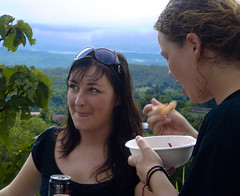 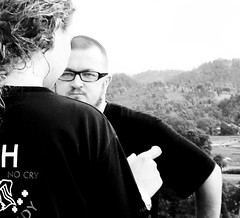 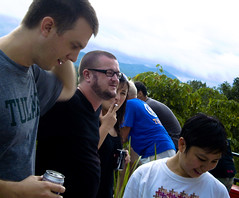 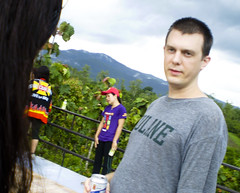 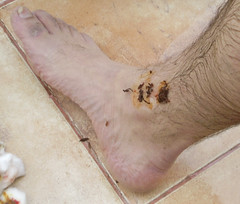 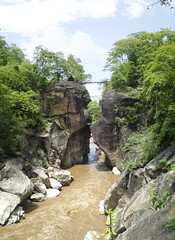 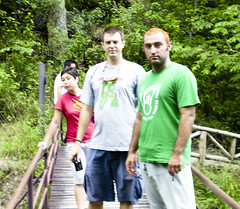 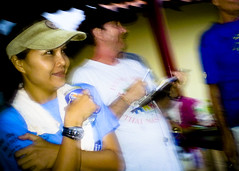 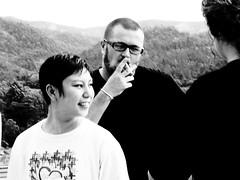 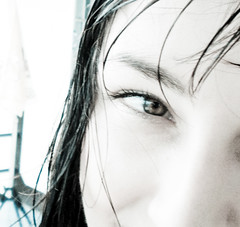 Not to be outdone by the week prior, this weekend saw Todd, Felicia, Niamh and myself rent a car and drive down to Om Koi, some 180km south of Chiang Mai, where the CSH3 was having an outstation.
The run, a mild 8k or so, was made more challenging because of the raining season having started earlier this year, meaning that the occasional downpours made stretches of the trail rather hard to conquer.

Indeed, attending the very decent circle which followed at Sunspot's villa, with a 270 degrees panoramic view of the attached valley, meant walking up from the nearest cars could get to his house, roughly the bottom of a very slippery and gooey hill.
Not so much a problem in itself, were it not for the walk back, at the end of the evening. Tired, intoxicated, helped by a five liter bottle of Chivas Regal, and wet, we came out of that journey looking like having been in collective (naked, of course) mud fights.
The most challenging aspect of walking back to the cars, barefoot, was probably the large collection of fresh cow patties on the road.

After finishing the run, I found that my combat wounds consisted of three leeches, which were removed by the head-nurse Miss Piggy using alcohol, iodine, cotton balls and… tobacco. Still, I wasn't the most scarred: Todd came in with no less than five leeches sucking up to him.

Morning, on the second day, came not as early as feared. Due to the reasonably intensive run as well as the free flowing drinks during the circle, everyone was pretty much beat by 1am. Foregoing the morning run, we drove down to the nature reserve Ob Luang, where a sign claims the park is "The land of prehistoric human". A few cave paintings and the remnants of an iron age grave attest to this claim.

Heading back, we managed to get the rented car back only minutes before the designated return time. But we seem to have caught the bug. Though the coming weekend will see two house warming, including mine, the week after might just be spent in Chiang Dao, incidentally the location of last year's outstation.

Thank god for modern technology. After having missed the Eurovision songcontest too many years in a row, this time, with a small group of suckers, I watched the singing contest at our local, Tuskers, after setting up my laptop with streaming video and using the big LCD available at the pub. Norway was, indeed, extremely entertaining and the deserved winner.

Why the UK came in 5th I don't understand, nor why Germany scored so very low. The gay antics of Greece were very entertaining.