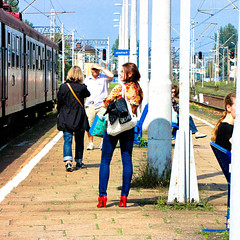 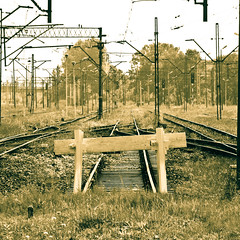 The END of the LINE 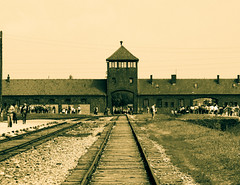 The place of no return 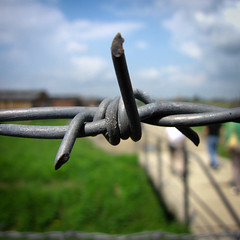 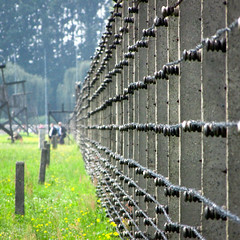 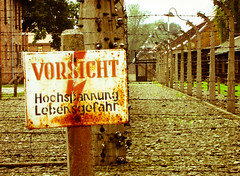 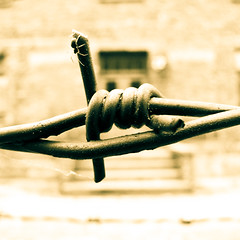 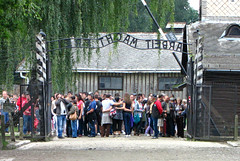 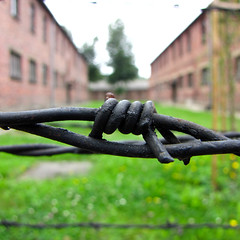 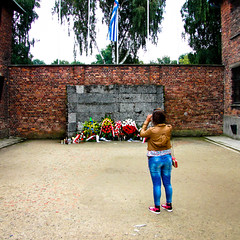 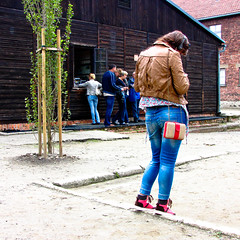 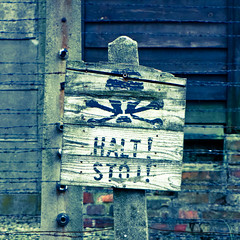 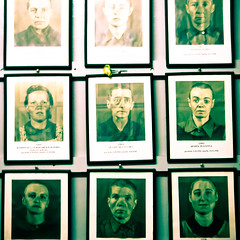 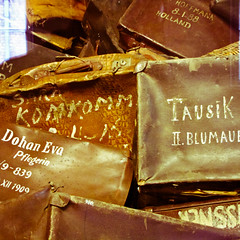 The case is this 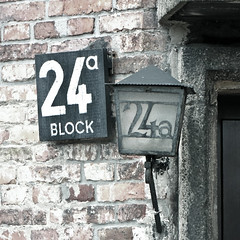 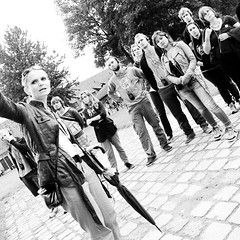 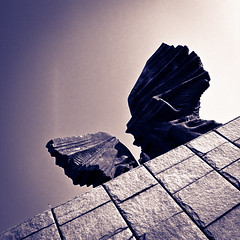 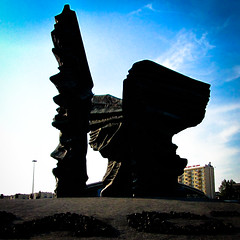 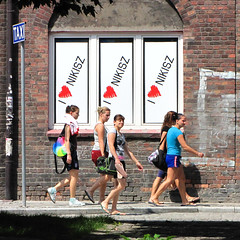 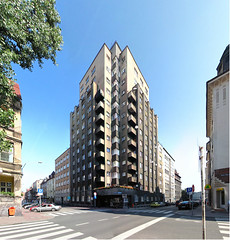 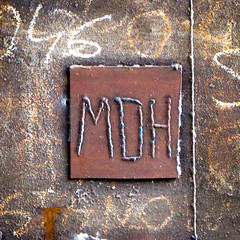 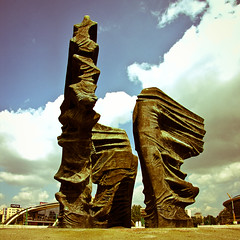 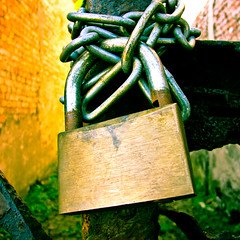 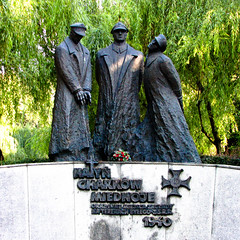 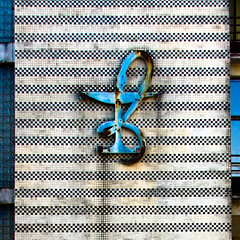 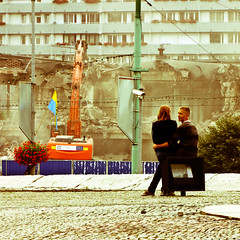 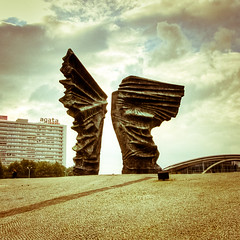 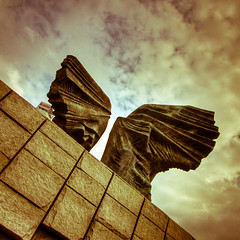 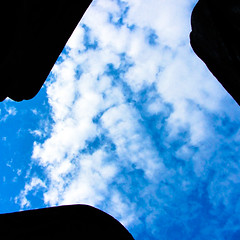 Ever since entering the European Union some two weeks ago, the weather has been more appropriate for a gloomy September than befitting a central European summer. Arriving in Katowice, the sun peeked out briefly, only to disappear again behind clouds and rain. I really would appreciate a bit more warmth and sunshine, if only for it helping my chances of shooting nice pictures.

Close to Aushwitz, Katowice hasn’t got as much to offer as, say, nearby Krakow, the city and area having gained economic ascendency through its industrial prowess. The town, more functional than historical, feels a bit like Antwerp or Rotterdam. Though pretty buildings can be found all over town, it’s functional constructions from the 1970s which dominate the city.
Interestingly, for a brief period during the 1950s, from shortly before to shortly after comrade number one’s demise, Katowice was passed of as Stalin’s city, Stalinogrod.

The region, Silesia, is named after a local river and mountain, ÅšlÄ™Å¼a, of which the etymology has been traced back to the pre-indoeuropean Vandals, coming down from the Baltics in prehistoric times.
Still, though it’s not agreed whether Silesians should constitute their own nation, Silesian nationalism, or perhaps pride, is obvious, with the Silesian blue and white flag hanging all over Katowice.
The Silesian language, on the other hand, is most often considered a Polish dialect, not a unique language.

I’m staying in a very pleasant hostel which is clean, quiet and efficient. Katowice not being one of Poland’s backpacker hotspots, the scope is limited, meaning that budget options were few, and I resigned to having to sleep in a dorm. Nevertheless, the attributes of the hostel make up for it.
Arriving at four in the afternoon, I went out to take in a bit of the town, including what is said to be the largest monument in Poland, commemorating three Silesian uprisings, a good 80 years ago. I returned after chilling and some good food and drinks around ten in the evening, only to find a bunch of youngsters hanging out in the dorm, on their bunk beds, reading their tattered paperbacks. I took my bottle of Zubrowka, acquired at the Polish equivalent of Aldi, and headed down to the, very nice, common room to nerd and read.

What I don’t get and see too often, grandpa mode engaged, is why these ‘kids’ prefer to read in their bunk beds, while they could be out having a good time for a pittance, or at least relax in a chair. Half a liter of beer at a fancy Irish pub, here, goes for just two euros.
Meanwhile, walking down one of Katowice’s main drags lined with pubs, bars and restaurants, I couldn’t help but noticing scores of youngsters hanging out on and around the permanent furniture in-between the pubs, smoking and drinking their own beers and vodkas. There is little to discover on a dorm room. It’s happening on the street!

It’s a must to visit Auschwitz, near Krakow, but nearer to Katowice. Last time I was in the area, Krakow, was 16 years ago and I failed this obligatory stop. Not so now.

It’s been observed that with ubiquitous access to information and flash tourism, it’s the prominent tourism attractions that thrive, while the also rans slowly slump back. That’s probably why though access to Auschwitz is normally free, in summer between 10 and 3, you can only access Auschwitz I, the main camp, on a guided tour costing you 40 zloty, about ten euros. Access to Auschwitz II, Birkenau, is still free, but the one and only ‘Arbeit macht frei’ sign can only be found at the former.
And extremely busy it indeed is.

English tours are held the most often, sometimes as much as every 15 minutes, but even then, my group was so big it still had to be split in three groups of about 20.

The tour was decent enough, if too long, but also lacking. The tour guide was very good at going through, presenting, the logistics of running the death camp, sure. No problem there.

At the entrance of the first building, containing information on and photos of the transports to the camps, the famous quote by George Santayana had been put up, “Those who cannot remember the past, are condemned to repeat it”. Obviously, we have not learned; Cambodia, South Africa, Rwanda, Yugoslavia being recent proof. But learning about the logistics of a death camp won’t help anyone to understand the underlying causes of these sad events and won’t foster the realization of it having happened before, when it happens now or in the future, for there is always the justification which will make it alright, in the eyes of the perpetrators, thinking that ‘now’ is different from before.

However, if we, in this case visitors of Auschwitz, can understand the reasons for Nazi Germany to so abuse man and understand the fallacies in their thinking, we have a better chance at recognizing these fallacies in our own or others’ thinking when they happen, hopefully being able to recognize the build ups to genocide before it occurs.
Sadly, learning how efficient the Germans were is not going to do that.

Getting to Oswiecim, the Polish name for the town, from Katowice, is a bit of a hassle, compared to getting there from Krakow. Only three direct trains a day do the trip, while several bus services ply the route as well, but all starting in different locations in the city and running infrequently.

Believing in society as something that could be constructed, the early 20th century saw a number of (social) engineering projects, typically related to then, newly developing industrial projects. Many of these housing estates, often to a large extent self sufficient, were also often built along similar concepts and similar designs.
One example is the Agnetapark in Delft, related to the Gist en Spiritus fabriek (yeast and spirits factory), later Calve, of peanut butter fame, now DSM. Another one is an estate I visited a few years ago in Budapest, Wekerle telep.

Quite similar in design and layout to the latter, but this one built in red brick, is the housing estate in Nikiszowiec, now part of Katowice’s municipality.

Nikiszowiec consists of nine ring shaped blocks, three stories high, with each surrounding a large courtyard, landscaped into a semi private park. A nice neo-baroque church complements the settlement, built for the workers of the nearby mineshaft, Nickisch, which started operating in 1906.

Related:  Make your own road

For me, slowing down a bit on my schedule of 8 countries in four weeks, taking this extra day in Katowice, I was able to see a few sights slightly off the beaten track. Not only Nikiszowiec, but I also wandered around the city’s modernist quarter, which includes a skyscraper of 14 stories which once was the highest building in the country. I also visited what was once the largest building in Poland, the former Silesian parliament, from when Silesia was, briefly, independent, or rather, an autonomous province of the interwar Second Polish Republic.

In other news, finally, after some two weeks, the sun has been shining the whole day. It actually makes this industrial city rather attractive. The summer dress code does help with that.
Still, its weird that for the whole week, the highs are predicted to be higher in Oslo, than here in central Europe.

The sun started shining a day earlier, while in Auschwitz, but by the time I got back to Katowice, and stumbled upon Le Tour de Pologne, sunshine had turned into rain again.

No bucket full of meat

I’ve been trying to find one of the city’s milk bars. No, milk plus is not served, here, these are low priced, almost communal, kitchens serving good food. Or so I’m told. I found one, but found it closed. Three times.
Instead, I ended up at the vegetarian restaurant Zloty Osiol, smack in the middle of town. The food is SO GOOD, I had no choice but to eat there. Three times.

In fact, the only meat I had in Poland was inside two kroket, indeed, written just like in Holland, though of slightly different texture, just before going on my tour of Auschwitz.