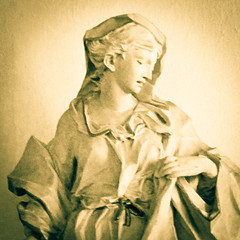 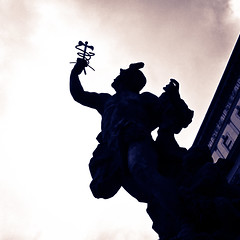 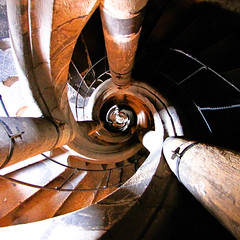 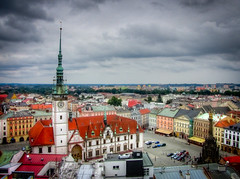 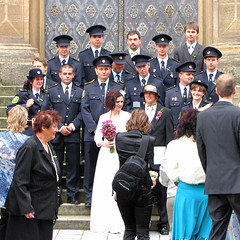 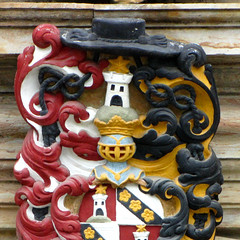 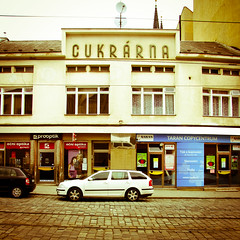 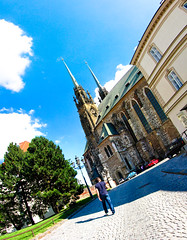 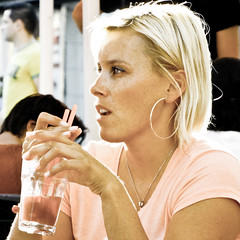 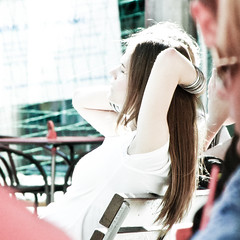 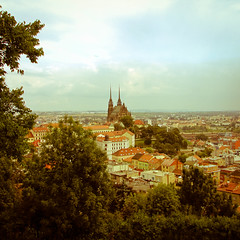 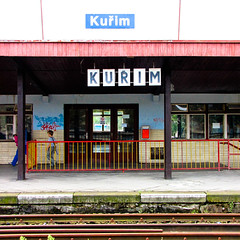 Finally able to visit Christo, an old friend from when living in Johannesburg, I took the bus from Budapest to Brno, only a few hours away. An excellent service, the fairly quiet connection even served up wifi which occasionally worked.

Brno, nicknamed ‘The Corporate City’, was once likened to Manchester for its heavy industries. Now, it’s a pleasant little city, with a completely renovated and rather pretty centre. The lack of tourists make the town also feel more authentic, though that also means it takes a combination of English, German, hands and feet to get your point across when ordering food or drinks.

Christo and I spent one day in the nearby student town of Olomouc, where, outside of summer, 20000 students descend on this lovely little town with a population of a mere 100000.
There is plenty to see, but on the day we were there, it felt like walking around in a ghost town. Pretty much all the shops were closed and almost all the terraces were empty. The gloomy weather also didn’t help, though we didn’t have to also deal with rain.

A fine example of obscure etymology, the name of the city derives from the name of the original Roman settlement, Julii Mons, the hill of Julius, and legend has it that Julius Caesar himself founded the city, though that’s likely a load of baloney.

Niamh studied here for a while a few years back, and she tipped me off on the local dish to taste; fried cheese. Rather nice, I was glad that Christo had failed to order anything with his steak, when lunching at The Red Ox, meaning I could offload a fair piece of the sizable chunk of the calorie bomb filling my plate.

Christo actually lives just outside Brno, in KuÅ™im, where the accent on the letter r makes the name of the village into something like kurdzjim. To my surprise, telephone and electricity poles were fitted with loudspeakers, supposedly to occasionally sprout government propaganda. Just like in, say, Thailand or Vietnam.