Tomb for the unknown soldier 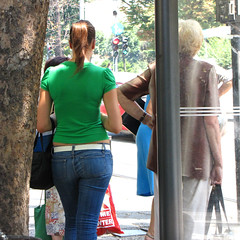 She's got some assets 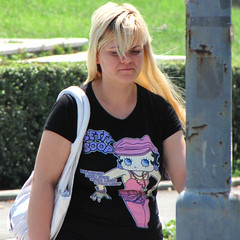 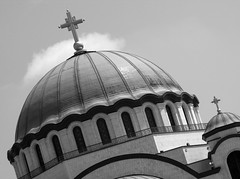 The Sava cathedral is coming to get you 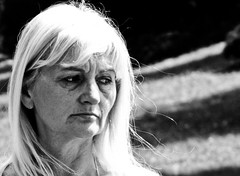 This is my happy face 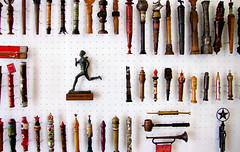 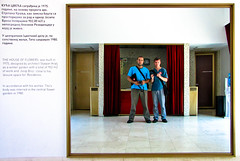 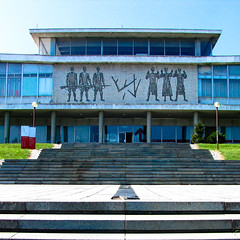 Museum of the 25th of May
World » Serbia » Belgrade » Avala tower

Benno and I truly deserve a Delft Blue plate for walking as much as we're doing it. We started off by giving ourselves an easy time, taking a bus to the museum of the 25th of May which, incidentally, was closed. The star attraction there, however, is not the museum, but the mausoleum of Tito, or Josip Broz, one that's, for a change, quite a bit more timid, as opposed to some.
Also, even though the man died only in 1980, at the extremely respectable age of 88, the honorary guard was removed from the site as early as ten years later. The whole thing is still a very reasonable affair, but clearly not as intimidating or revered as some other founding father mausoleums around the world.

We followed this up by a walk towards the Sava cathedral which, under today's sunny blue skies, had a much more favorable appeal. Our objective was to get a tram or bus to Avala, a 511 meter high mountain outside of the city which has a 200 meter television tower on its peak. The mountain, hills are apparently considered mountains when they're over 500 meters high, or rather the base of it, turned out to be a whole 15 kilometers from town. Then, we still had to endure the two kilometer trek up the hill.
The television tower is actually on a false peak, the actual peak being occupied by the tomb for the unknown hero. Reasonably impressive but primarily beautifully located, the black granite creation and the square around it was already degrading, also clearly no longer receiving the respect it did at some point in the monument's past.
It made me wonder about oddly similar monuments in places like Thailand and Cambodia, where temples on top of hilltops also were slowly left to degrade, leaving us with the remains of an impressive history. Perhaps this tomb will be left a similar fate in maybe as little as a few decades time?
Also, the tomb carried the inscription "1912 – 1918". What kind of first world war was that?

Arriving at the bottom of the hill, which supposedly is a proper tourist destination for Belgrade, we started with a coffee and cakes at the bakery in the row of shops awaiting visitors. It turned out that it was Benno and myself who were the actual sights to be seen, the girl who was selling her buns going out of her way to try and talk to these odd apparitions in her shop. Her English being unsatisfactory, a chance visitor to her little queendom turned out to speak decent French, allowing the four of us to chitchat about trivial things.
Surprisingly, Sandra, as she was called, never had visited the television tower herself, a mere two kilometers away.

Carrying my iPad around, I'm trying to fine tune solutions for using the device and its abilities as an alternative to carrying around a Lonely Planet. Not so much to save money, more so for the potential increase in convenience it can bring.
For one, Google Earth nicely caches visited maps, including embedded Wikipedia and other articles, but still requires an internet connection when doing searches. Belgrade has quite a fair share of cafes with free wifi connections, but is still not the most convenient if you're visiting a location where you don't have easy access to 3G. When entering the country, my mobile phone provider told me that 1MB of roaming data would cost me about 4.5 euros. Horrid.

As mentioned earlier, with Evernote, I made notes of relevant webpages, related to Belgrade, before heading out to Serbia. However, it seems that Evernote for the iPad only properly works when an internet connection is present. Exactly when you're in the middle of nowhere, having to find out what's to do where, typically when you're without an internet connection, this is obviously a rather impressive bug.
Alternatively, the PocketTrav app which specifically was designed to read Wikitravel articles on a mobile device is quite excellent, also caching visited pages, meaning that, in my case, all pages related to Belgrade are at my disposal, any time I need them. Of course, even though Wikitravel's Belgrade pages are quite reasonable, it is no Lonely Planet.
A related application, though one that also doesn't work smoothly without a connection is Wikihood, which tells you nearby sights using Wikipedia articles which have been outfitted with a GPS location. Also, it mashes up all locations, many of which won't be of interest to a tourist, like a school or a nearby district. Lonely Planet offers their Serbia section of the Lonely Planet eastern Europe as a payable download. It's a PDF, meaning that, really, you just get a digital version of the pages in their paper based guide.
The price is too high though, at 5 euros for the chapter. Given that the Lonely Planet eastern Europe has perhaps 15 chapters in it and sells for something like 20 euros, selling each country's chapter for 5 is really too much.
Additionally, you don't get the bonus that digital media would allow you to have access to. I still won't be able to click a restaurant in the food section to see where it's located on the included map. Better yet, I should be able to click the restaurant and get directions to the place using Google Maps.
Lonely Planet also sells proper digital versions of some of their guidebooks. I have no idea how they incorporate the possibilities of these new platforms for these titles, if at all, as the two locations I was interested in, Serbia and Sierra Leone, are not available as digital downloads.

Anyway, one venue for food which was listed in Wikitravel was Malo Korso, which according to the guide was both cheap and serving huge portions. Located on the city's longest street, at some 7.5 kilometers long, it was going to be anyone's guess how far down the road number 468 was going to be.
Indeed, this uncovers a major flaw with Wikitravel, the typical absence of an accompanying map very much limiting the usefulness of the incorporated information. It took us about an hour to trek to said venue, by which time I had started to doubt the validity of the crowdsourced information.
My doubts were unfounded, and the place, decked out as a more upmarket restaurant while playing early 80s pop music, was empty but did exist. Regularly priced, the portions were exceptionally large and the food was quite decent. Recommended, even though it was way, way out of town.
We of course took a bus back.

Our last stop of the day was the Kalemegdan, the site of the Belgrade fort at the confluence of the Sava and Danube rivers. Somewhere on its grounds, BELEF, one of Belgrade's summer festivals, was organizing a showing of alternative shorts, movies.
A bit of a challenge to actually discover the location, we wandered in just before the 40 minute introduction of speeches came to an end. Excellent.

The movies shown were…

+ El Empleo, an animated short about people working as utilitarian implements for others.
+ Budka, a Russian short about the meaning of people working from booths in the Russian inner cities. Oddly, this short was cut short, leaving us without an ending.
+ A short by blublu.org, where animations were, using stop motion, advancing along graffiti walls.
+ The sound of silence, about an industrial worker searching for quiet after a day's work, finding it in sleep.
+ Ghosts, about a refugee center in Tempere, Finland.
+ Alter Ego, a French short set in a park, where a pretty girl, waiting for her internet date, discovers that her eloquent and educated date is actually someone completely different. By far, it was this short which was the most impressive, having an excellent script, decent production value and some good acting. Plus it questioned implicit cultural assumptions, by design questioning who we are as viewers.

We finished off with a night cap at the bar next to our hostel where the lovely Katarina has been serving us dupla palinkovac for the last three days.