Looking over Belgrade from Zemun

The cemetery at Gardos

The Danube at Zemun

The museum of modern art

The Sava with downtown Belgrade in the background 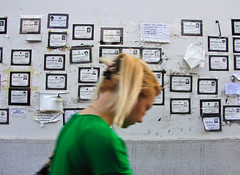 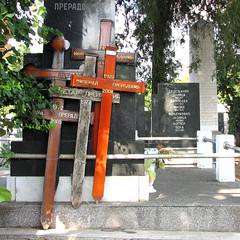 Waiting to be put in the ground 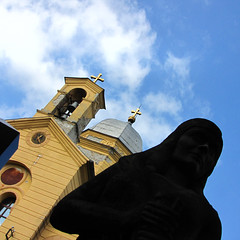 In front of the church 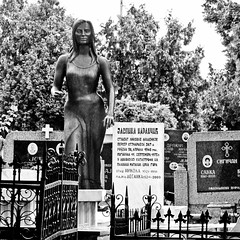 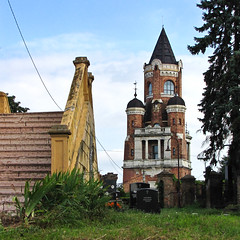 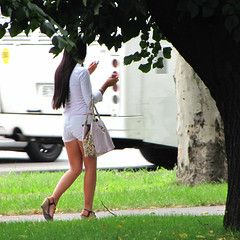 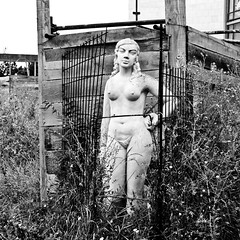 Showing off boobs and more 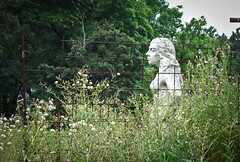 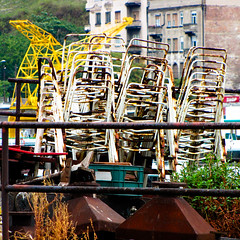 Chairs for sale, almost as new 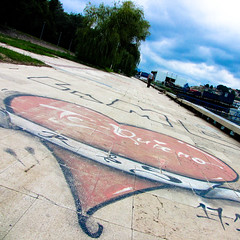 Who loves you? Whom do you love? 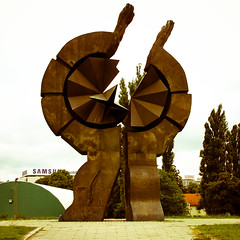 After doing what felt like multiple marathon over the previous few days we took it easy by taking the short walk across the Sava to visit the site of the former Sajmiste concentration camp. There’s not much left of it, nothing in fact, except a statue, without any explanation, somehow commemorating the fact that most Serbian jews were killed on this spot.
Nearby is the museum of contemporary art. In 2007, 8 million USD was committed to refurbishing the venue. Now, it was not yet open to the public, and no one seemed to be working on it either.

The country seems to have a bit of an issue with museums in general. The Nikola Tesla museum was amazingly small, the 25th of May museum was closed, and the National Museum also is also suffering from a renovation, although, there, they actually seem to be working on it.

Our fourth try at visiting a mall was more successful. The rather sterile, but quite large Usce mall, not far from the contemporary art museum which once was, has all the fancy schmanzy shops you can wish for, with a surprisingly large sprinkling of shops catering for babies.

Running out of places to visit, we went over to Zemun, the Szentendre of Belgrade, from where the views of Belgrade aren’t half bad.

Related:  Rise of the machines
This text is available under a cc-nc-a license.