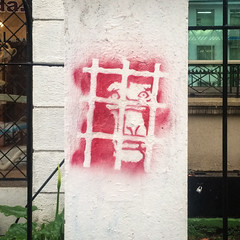 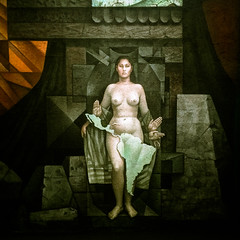 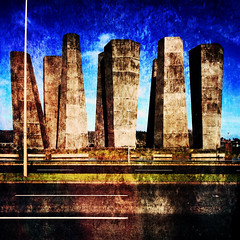 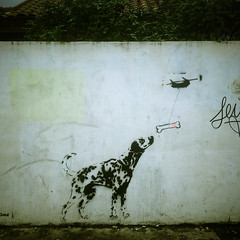 Throw a dog a bone 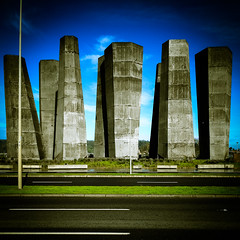 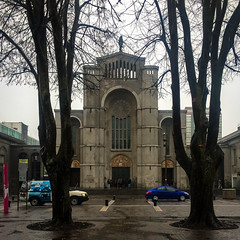 On many days, there's a perpetual haze that hangs over Santiago, making dawn last, sometimes, until as late as 10 in the morning, as happened on the day I headed south. It was surprising to see how, for hours, the scenery remained clothed in a dull brown.
But, slowly, the views gave way to a slightly greener, but still quite dulled, expanse, interspersed with the occasional vineyards, perhaps not totally unlike what you'd see looking out the windows of a train at the onset of winter in, say, central or southern Germany: all fairly dark and grey, no leaves on the trees, but no snow, yet, on the fields.

But, going further south, with the mountains in the east obscured by clouds or simply too far away, the view from the train windows slowly turned to a copy of the steppes of, say, Russia, with bleak architectural nothings falling into step.
At Chillán, a popular base for skiers, I turned to the west and the coast, until I reached Concepción, Chile's second city with about one million people and where, in 1810, independence was proclaimed on its central square. It's also a wholly unimpressive town, raised several times by major earthquakes and now a city that finds its equal in plenty Northern European towns that found their economic boom, and architectural horror, in the 1960.

The dilapidated wooden and zinc constructions in the suburbs mere minutes away from downtown, combined with, what, here, is a wet and cold climate, give off the appearance of being somewhere close to the arctic circle. Somewhat surprising as, though further south than Cape Town, the city is only as far from the equator as Gibraltar.
At 11pm, the city is deserted. The student pubs, tucked away in one corner of the city, offer some relief, where the Latin spirit is stronger than the cold, and students hang out outside, drinking their own beer, huddled around bottles of wine, in near freezing temperatures. But, downtown, after hours, the place to be seems the 24 hour gas stations.

With over four thousand kilometers of coastline, Concepción sits at the mouth of the only navigable river in the country, the somewhat strangely named Biobio.