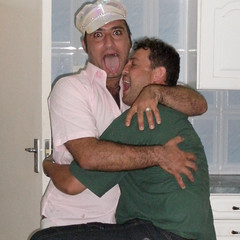 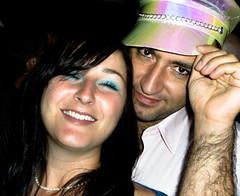 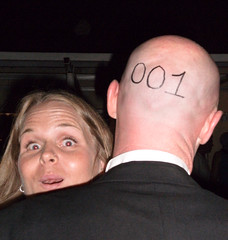 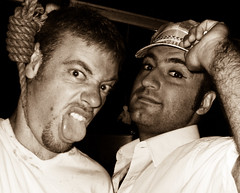 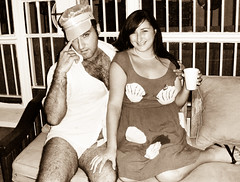 Babak and Niamh (who's just soiled herself) 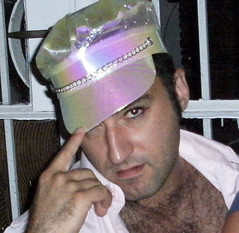 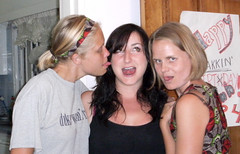 In Holland, I jumped through the hoops to get a 3 month double entry visa for Zambia from the country’s embassy in Brussels. Arriving at the airport in Lusaka, immigration still told me to report at one of the immigration offices after one month. Sure, I did not have to pay the 50 dollar fee at the border, but that was all I got for the 140 euros I spent on getting the visa from Brussels, which was supposed to give me a significantly easier time here. Admitted, I got a double entry visa, which would have cost me 50 dollars, twice, at the border, totaling 67 euros. However, my expense was just over twice that.
In short: There is absolutely no point in getting a Zambian visa from a Zambian embassy.

Over the last few months, when asked, I’ve been telling people that Lusaka is comparable to Nelspruit. Most of the South African fast food chains are present, while significant amounts of tourist travel through. In Nelspruit on their way to Kruger, here on their way to Vic Falls, or any of the country’s national parks.
Not so; Lusaka is significantly less worldly. Yes, quite a few of the chains are here and there are a few malls, even, but there is very little to keep one busy, resulting in any excuse being good enough for a party (which I like, no problems there). And internet access is expensive and very mediocre. There’s no 3G, though GPRS is available, at 15 euros per 100MB. In South Africa, where internet access is also expensive, data on 3G goes for 2GB at 40 euros, making Zambia about 7 times more expensive than South Africa for mobile data access. With T-Mobile currently offering unlimited mobile data access at 20 euros per month, in Holland, the digital divide is, clearly, still quite an issue.

But, hey, I’m not here for the internet, now am I?

Saturday saw a big Halloween party at the house, following a nice hash with the local hash troupe. All the girls at the house, five of them, went as euphemisms for vaginas, clams, velcro triangle, tongue magnet, pussy, meat taco. I went as a village person (think ‘YMCA’). Lots, lots of fun, while no one even ended up in the pool. Well, not naked anyway.

And to keep the spirit, Niamh and I are heading out of town the coming weekend as well. At day temperatures of 40 degrees or more, you got to keep moving to feel a breeze, now down’t you?

In Kafue, some 60 kms out of Lusaka, where Niamh is based for three days of the week, running water isn’t always available and electricity occasionally drops. At least the cockroaches are almost funny small.
I wouldn’t have thought I’d think of driving back to Lusaka as getting back to civilization.