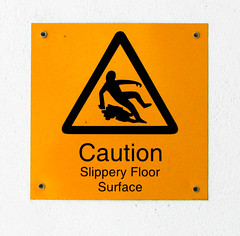 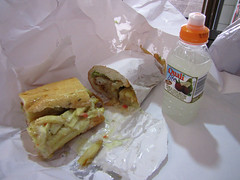 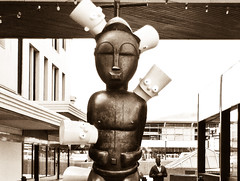 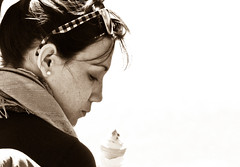 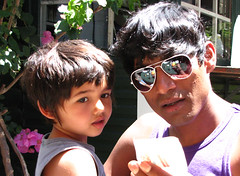 With Christo having moved to the Czech republic and Stevan on a training in Maputo, there was little to occupy me in Johannesburg. Instead, I tried to get back on track with tasks left unattended over the previous few weeks.
Not easy, with a Vodacom 3G connection which is as crappy as it was six months earlier. Lack of 3G, too often only having access to GPRS, connections dropping or inconsistent at best and dead zones. And that at a mere 20 euros per Gigabyte of data transfer. In the end, I ran through 2GB in just one week.

The hostel I'm staying in, Purple Palms, now up for sale, is surprisingly enjoyable. In fact, probably the second most enjoyable guesthouse I've stayed at in Johannesburg, after a bed and breakfast in Melville. Their review page on Tripadvisor doesn't look to promising. The only 'excellent' review clearly comes from the hostel's owner and the other reviews aren't very positive
However, the self catering lodge is nice, quiet and mellow. No obnoxious backpackers, even though the place is a stop on the Baz Bus and it's fairly close to the airport, meaning it's convenient for those only staying one or two days.
Also, there are at least four adulterers staying at the hostel! On top of the that, the guy driving me to the airport on my last day at some point needed my agreement on the fact that so many of the girls we were passing were so good. And, he said, in Africa, they are all so cheap and easy. "Just talk with them for twenty minutes and they will go with you to fuck fuck, fuck." Well. "Are they cheap in your country?" he asked. Then, to top things off, he, a married man, went on to tell me, in expansive detail, how, recently, he had picked up two girls with a friend and how they had locked themselves up in a room and went at it.

In Cape Town, I hooked up with Ismail, who was so kind as to let me stay with him in his lovely house in the Bo Kaap. I managed to squeeze in a hash, bringing back Pussy Galore Shagwell to join myself, Ismail and several of his friends in La Perla, in Seapoint, where Shagwell and Snail had a pleasant moment together.

Later, I managed to get myself a Gatsby, interestingly enough from the exact same joint I got a Gatsby from five years ago.

Finally taking the last leg of my crabwalk to Zambia, groping cuddling Niamh to my heart's content, I grabbed my luggage from the conveyor belt to find that, again, something was stolen from my bag. To do this, they had to unstrap my backpack, unfasten the elastic rope closing the top, take out the toiletries bag, open said bag, rummage around and steal the expensive eau de toilette in it, leaving the cheap eau de toilette.
To compensate, or perhaps to underline the situation, the smell of woodsmoke as I stepped off the plane made it clear I had truly arrived back in Arica.