Getting rid of a bottle 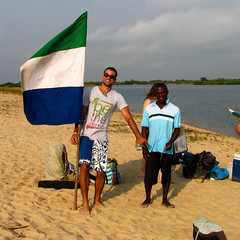 Let me hold that for you 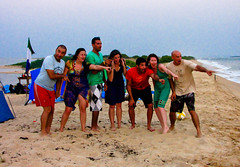 On the count of three! 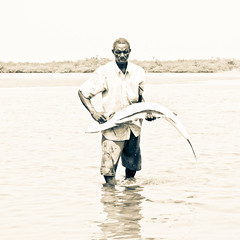 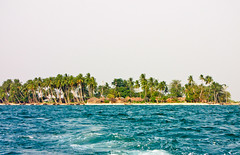 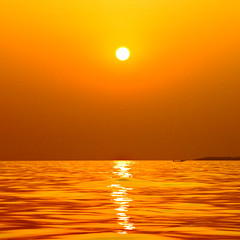 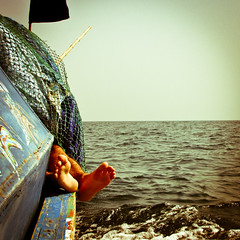 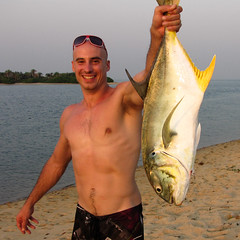 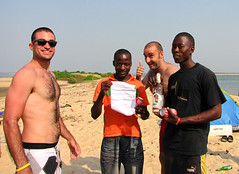 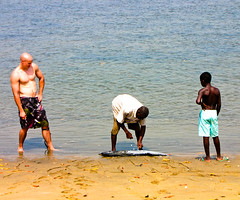 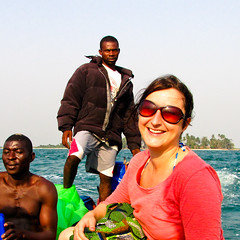 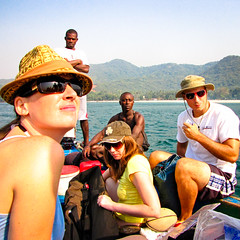 For Christmas, we camped out under the stars on one of Sierra Leone's Turtle Islands, a hundred kilometers or so due south of Freetown, and really only reachable by canoe, a good eight hour sail from River No. 2, itself a good hour south of Freetown by car.

With the nearest proper shops being in Freetown itself, we had to bring all our supplies, which primarily meant water, beer and liquor. And some food. And we had to bring in camping gear. In which we nearly succeeded, Niamh and I missing a mattress, which resulted in some sleep-challenged nights and painful backs in the morning.

Fish were caught, though not speared, bottles with messages were posted, the name game was played, and good times were had by all. One bottle came back on the same day, dropped off by two young fishermen. How did they know the bottle came from us? It's customary to check in with the local chief, asking for permission to camp on his grounds, even if it's an island away. The chief will then 'donate' some useful items, in our case a table, some eggs (many of which contained young chicks), firewood and a guard, upon which we were supposed to 'donate' some money.

We camped on two islands, the first night staying close to a village, where we were full blown entertainment for hours, villagers standing on the edge of our camp, or just walking in, checking out to see what we were doing, in the evening for a while even taking over our cozy little campfire.

Related:  The problem with me

Amazingly, in the 30 to 35 degree heat, some have no problem wearing fur winter coats and snow hats. None of us ended up getting seriously burnt. A surprise, particularly as, during the long boat ride, we had to regularly jump in the water to 'swim', typically losing liberal latherings of sunscreen in the process.