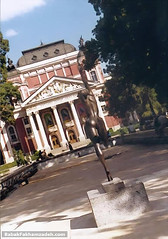 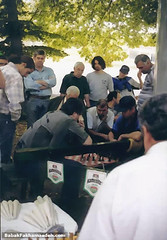 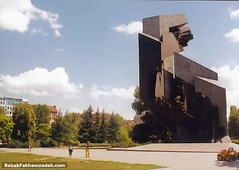 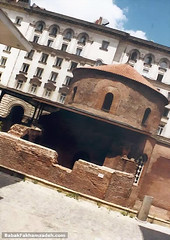 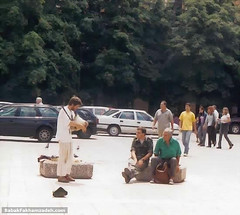 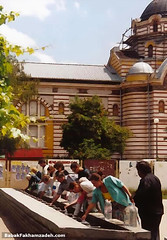 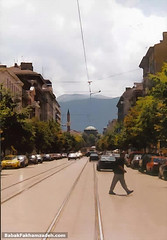 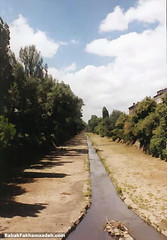 Bursting with life, the river flowing through Sofia 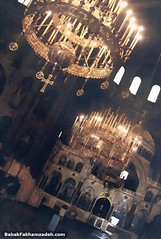 The inside of the very impressive Aleksander Nevsky church 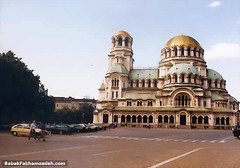 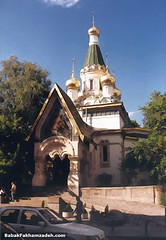 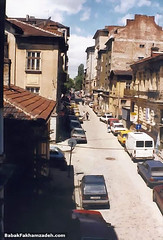 In the morning, when the train started to fill up with locals going to Sofia for a multitude of reasons, I had no choice but to wake up and sit, in stead of lying down. Having experienced better nights, I looked like hell. Still, I couldn't help chatting up this really nice girl sitting next to me. Katya, fresh from high school, was about to do an entry exam for studying English at the university of Sofia. Remarkably, talking to me was her first time ever, speaking English with someone, not from Bulgaria. Last I heard, she was studying in a little place called Veliko Tarnovo.

We finally arrived, an hour late, in Sofia at 11am. About an hour later, Dimitar, the guy that gave me a ride from Germany all the way to Budapest, called: "You said you would call me when you would arrive in Sofia!" Later in the day, we,myself, Hendrik and Stella, had a drink with him.

At the train station, we were welcomed by several people trying to sell us an apartment for the night. We literally were able to choose from several options, finally settling for the Mariot (yes, with one 't'). Here, we met Wayne, a Canadian guy, and two Finnish Interrailers, Mette and Andy, with whom we went to Rila the next day.

Sofia is a very, very nice city. Quiet, the city has a very friendly air to it. Not so much flooded with tourists as other major Eastern European cities and also very green, Sofia is a great place to relax. A pity prices are quite a bit higher than, say, in Bucharest.

Related:  And now, the tables have turned

We basically didn't do much more than hang out in Sofia, visit the tourist hotspots and enjoy chilled beer or cocktails on one of the city's many terraces. In the evening we went for dinner at the very Bulgarian Bai Gencho and went to bed early. For the next day, we had planned a day trip to Rila, which meant getting out of bed at 7am.