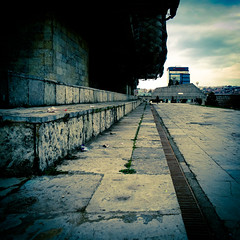 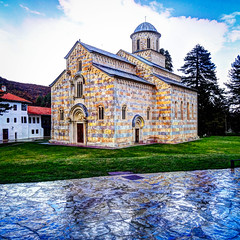 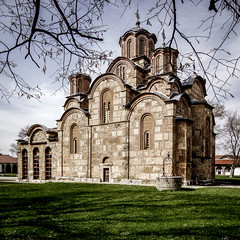 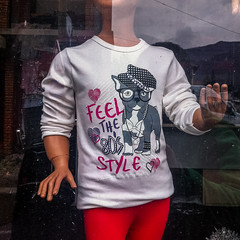 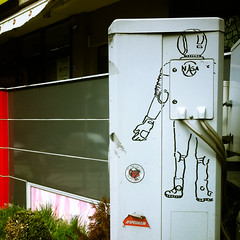 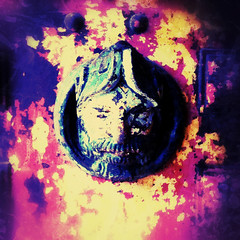 According to over half the world’s countries, Kosovo is europe’s newest addition as a country. Some 110 countries have recognized Kosovo’s independence, but one major one not handing over this privilege is the country it want’s to secede from: Serbia.
Now, the conflict has died down, even though a strong outside military presence still exists, and public transport links between the two neighbouring countries have resumed.

Just before entering Kosovo, a small military convoy overtook my bus, but the border formalities were nowhere near as ambiguous as they were in the region some two decades ago. Kosovar border guards were now mostly confused by my presence (“You are a tourist!?”). They first realized I’m from Iran and, perhaps considering the current influx of refugees, had to get a second opinion. A border guard was brought in who spoke reasonable German, asking a bunch of questions, but, mostly, this was due to the man’s confusion; why on earth would I want to spend a few days in Pristina? “And, you work in Holland?” “No, I work in Brazil.”
They eventually decided my arrival was a non-event and quickly sent me on my way. With a smile, I somewhat jovially thanked them in a bunch of local languages, trying to get the correct word in. The first guy, with an even bigger smile, corrected me, “This is Kosovo! Enjoy your day!”

Trying to cross, a few days later, from Kosovo to Serbia, did not work at all. Though Serbia recognizes Kosovo’s right in administering its own territory, it still considers it a part of Serbia, meaning that there is no official border crossing between the two and the crossing is unavailable to foreigners.
I had this worry in the back of my mind from the moment I entered Kosovo and, indeed, Serbia did not let me in. I had to backtrack to Macedonia and then cross into Serbia from there.

Pristina, Kosovo’s capital, is like a Turkish bazar town, where all the buildings were updated in the second half of the 20th century. As a result, the town isn’t very interesting architecturally. But, particularly also due to its relatively high presence of international NGOs, UN and EU officials, the many cafes and restaurants are very good but also surprisingly affordable.

People, too, were great, probably in part due to the large portion of nationals who have lived abroad in Europe. Many spoke English or German. Perhaps because few tourists come to visit, everyone was interested in a chat.
And, thankfully, the country is not completely devoid of touristic sites to visit, specifically focused around its Serbian orthodox history.