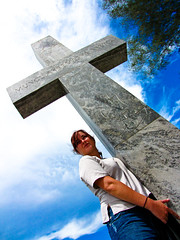 I stand by my faith 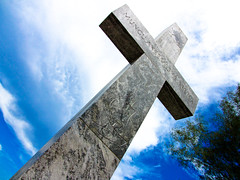 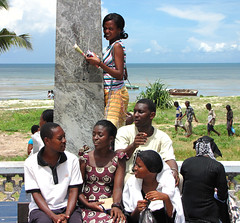 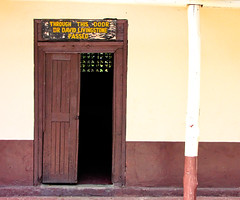 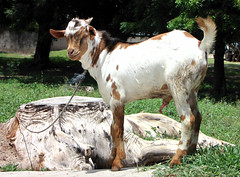 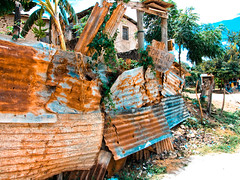 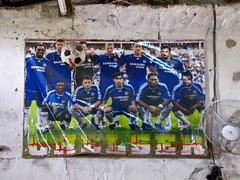 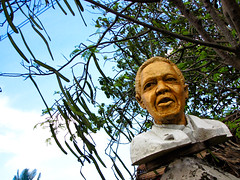 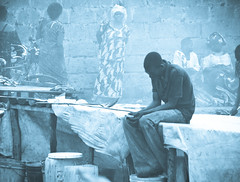 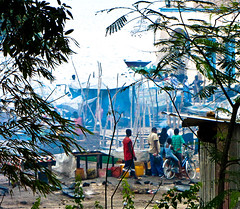 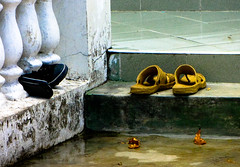 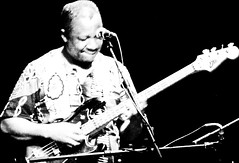 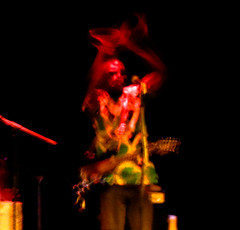 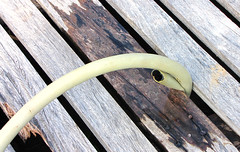 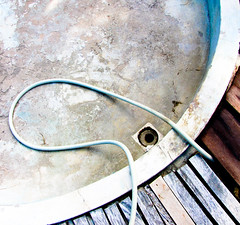 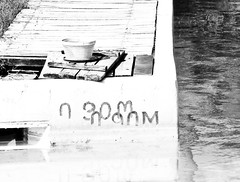 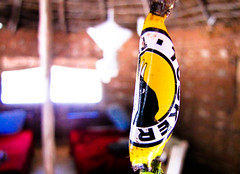 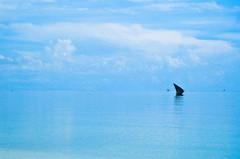 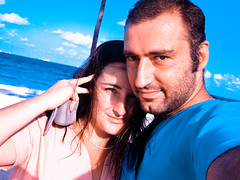 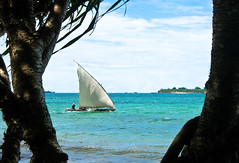 Leaving for Bongoyo at Slipway in Dar Es Salaam

I’ve been working hard on updating a lot of things ‘under the hood’ of my website, as well as tweaking a few visual aspects of the site, only to, somehow, have the underlying database swept empty, losing me some of posts I wrote over the last week. Gotta love computers and my one week old backup.

Over the last week, Niamh also made her appearance here in Dar, on a welcome break from Lusaka. We visited South Beach here in Dar, Bongoyo island and, last weekend, Bagamoyo, where we stayed at Bagamoyo Beach Resort, a friendly hotel which seemed to have seen better days, not unlike the city of Bagamoyo itself. Bagamoyo, at mild traffic an hour’s drive north of Dar, has indeed also seen better days. For a few years in the late 19th century, Bagamoyo was the capital of German East Africa, before it was moved to Dar in part due to Abushiri revolt in which the local representatives of the Sultan of Zanzibar fought to annul the control of trade by the German East Africa Company. This, with Bagamoyo being the terminus of the trade caravan route linking Lake Tanganyika with the sea, was no mean undertaking.

Now, the town feels like a poor and distant cousin of Stone Town on Zanzibar, but isn’t unpleasant, with some ruins south of the town as well as some old colonial administrative buildings and a pretty little port, with fried fish being sold directly on the bay next to the old German customs house.

Just after arriving, we bumped into two hashers (that is, they both had hashed once), and Sara alerted us to a live concert, that night, at TaSUBa. This College of Arts, formerly known as Chuo cha Sanaa, has artsy activities three nights a week, and is renowned for its annual Bagamoyo Arts Festival.

Livingstone, who died in 1873 in present day Zambia, had his body, minus the heart, carried by his porters an astounding 1500 kilometers to Bagamayo before it was shipped to England, to be buried in Westminster Abbey. So there’s a lot of past glory associated with this city.

At the beach resort, before leaving for the concert, we enjoyed an excellent seafood fondue, where we were entertained with a huge platter of kingfish, shrimp, calamari and lobster, chips, mango covered rise, and a bowl of milk as well as a bowl of flour to make our own batter to fry our fishies in. Yummy and tummy filling.

Gotta love the internet. I was asked to conjure up responses to a series of questions on Iran for a project in Pittsburgh, where an artists collective came up with the idea of Conflict Kitchen. Here, every few months a new cuisine from a country at loggerheads with the US will be doled out. The first subject will be Iran, perhaps not surprisingly, where the food on offer will be yummy kubideh.
The food will be wrapped in a poster which lists eleven questions on the minds of most Americans when asked about Iran. It’s these questions I was asked to respond to.

So, if you’re in Pittsburgh in the near future, you might find my name on a lone food wrapper.