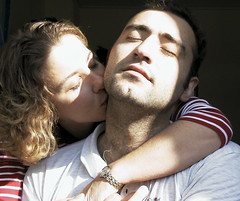 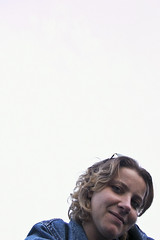 Betsy in a corner 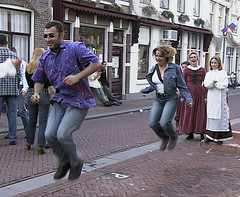 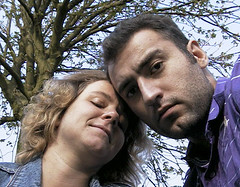 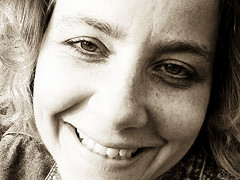 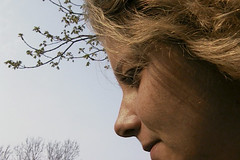 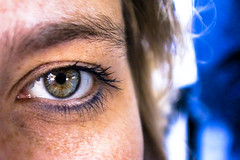 She's giving me the eye 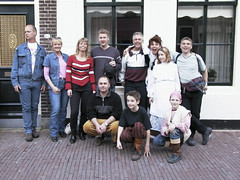 The week just prior to arriving in the US was, as I said, very busy. Had quite a bit of work to do, many things to wrap up at the last minute (clients are very slow in understanding that me leaving means me not being able to work for them while I’m gone), but most importantly, getting very closely acquainted with what seems to be the love of my life, Betsy.

Already when I lived in Belgium, back in 1998, there was this statistic that, in Belgium, already 5% of the population had found his or her partner through the Internet. In the meantime, that figure can only have risen steeply. Finally, I seem to have become part of that statistic. We met through quite a crappy dating site, which offered a 30 day free trial I didn’t feel like extending. The reason for me signing up was a distant friend I met on New Years Eve, who had met his girlfriend through the same dating site.
Intriguing, since I had just broken up with my previous girlfriend. I signed up but wasn’t really impressed with the site; dating sites seem very contrived and artificial. I didn’t spend much time there.

Still, shortly before I went on holiday to the Balkans, I got a message from a girl through OneHello and a second one, from another girl, while I was actually in Bosnia. For some reason, the second girl quite intrigued me, we started mailing, chatting through MSN, went out a bit over a week after I came back, got her away from her not-so-great relationship and hit it off. Now, as far as I’m concerned, we’re doing great. A pity however that I’m currently going away for much longer than we really know each other. The very reason why we had to pack a lot of punch in the few days we had together. The bad thing is I totally, utterly, completely miss her.

Related:  Vic Falls from the Zambian side: very pretty pictures