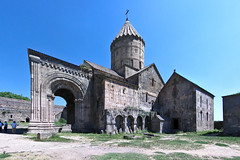 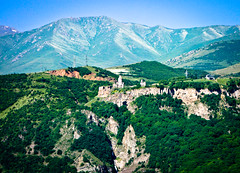 Tatev in the middle

Looking down on creation 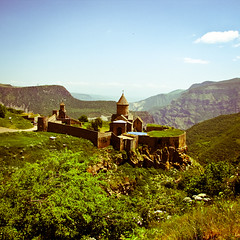 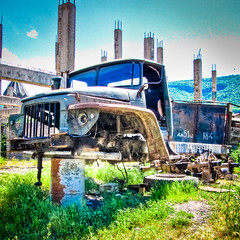 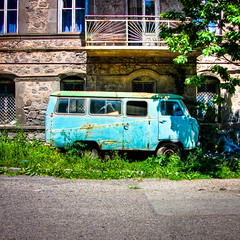 The view from Goris 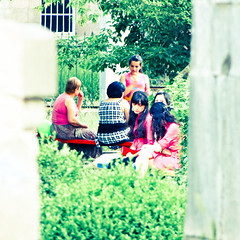 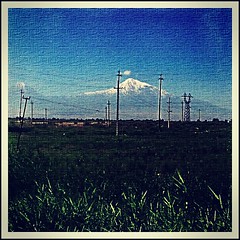 #ararat as seen from Ararat 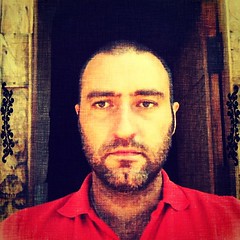 The little town of Goris in the south east of Armenia, gateway to both Nagorno-Karabakh and Iran, is cute enough, with it's German designed grid structure and reasonably well kept stone houses.
Sadly, the ancient history museum was nowhere to be found, until I did find it, minutes before leaving the town. Sad, because it supposedly contained a stone sculpture dating back some 4000 years. But the city does have, like every itself respecting former Soviet backwater, a children's park, with brightly colored, if somewhat fading, rides. Weirdly, the merry go round occasionally blared out Butterfly, a DDR classic.

The thing to see while in Goris is the Tatev monastery, some 30 kilometers from the town. Yet another church and monastery, dramatically situated on the edge of a ravine, it's location is gorgeous, even though I'm starting to get my fill of Armenian churches and monasteries.

Another interesting nearby site, also some 30km away, but in another direction, is the Armenian Stonehenge, often called Karahunj, not to be confused with the nearby town of Karahunj, found in yet another direction from Goris.
Generally accepted to be, at most, up to 5000 years old, some put its age at around 7500 years and claim it to be built by the mother of all civilizations.

Related:  The radio is playing some forgotten song
This text is available under a cc-nc-a license.