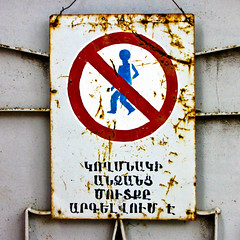 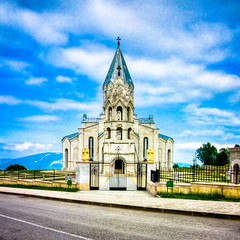 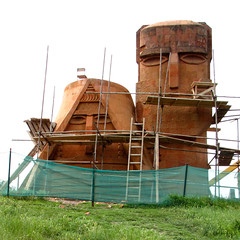 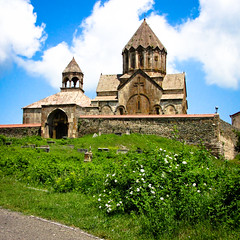 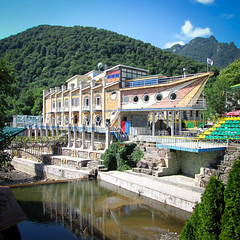 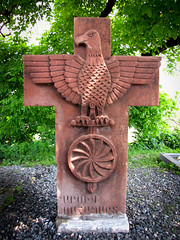 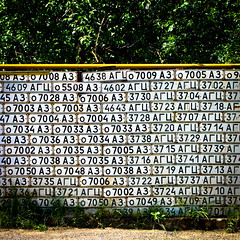 A wall of plates 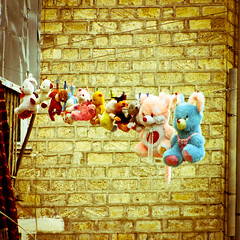 The bears are on the line! 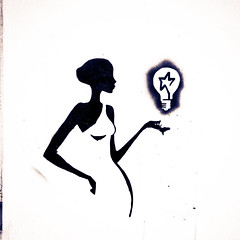 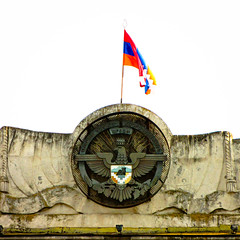 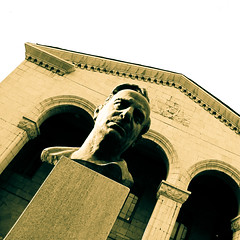 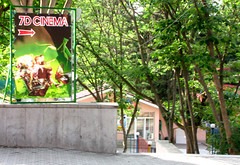 When 6D is not enough 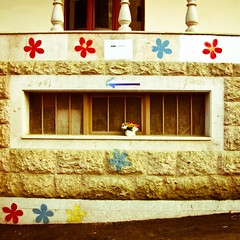 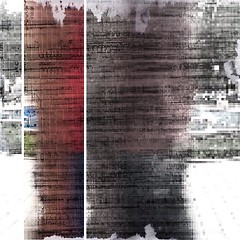 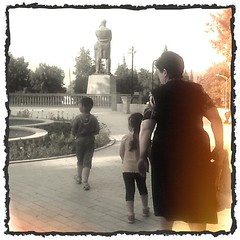 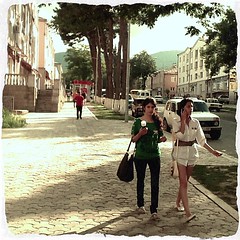 Nagorno-Karabakh, as much as Armenia, if not even more so, is gorgeous in its alpine pristineness. However, there’s also quite little to see if you are not a nature freak. It’s pleasant to walk around Stepanakert, but it’s hardly a thriving metropolis, with even some spots almost next to the main thoroughfare where urban farming is practiced. And though the central square is quite attractive, particularly for the buzz of the hordes of teenagers and twentysomethings floating back and forth, presumably because there is very little else to do in town, on the whole, Stepanakert does, ehm, somewhat, lack in attractions.

Perhaps the most interesting site is Agdam, billed by some sources as the ‘Heroshima of NKR’, it’s right on the border between Azerbaijan and NKR and has been, first, completely shelled and, then, utterly abandoned. However, it’s not too clear whether the city is off limits or not. It most certainly was a few years ago.

Still, some of that feeling can easily be had in what once was one of the most important towns in the Caucasus, Shushi, just 9km from Stepanakert and considered, once, a hub of both Azeri and Armenian culture.
The town was severely shelled during the NKR war twenty years ago, and the city center is still mostly a collection of destitute, bombed out buildings. Though a few apartment blocks have been rebuilt, a nice new hotel has been put up and two lovely little churches are nicely refurbished, it’s still mostly a very sad little town.

Also somewhat underwhelming is the seat of the Artsakh (NKR’s name for itself) archbishop just outside the town of Vank, in the monastery of Gandzasar. Some 40km out of Stepanakert, to get there you can choose between your own taxi, hitching, or the 9am bus. There’s also a 4pm bus and, in fact, a rather nice hotel, shaped like a boat, in Vank, so I suppose you really have four options. I took the bus, but that also means you have to slog the remaining 2.5km uphill to the monastery.

Related:  The most remote capital of Europe

Doing the latter, a good sense of achievement later, the views from the hilltop where very nice, but the church wasnt too extraordinary.

Just outside of Stepanakert you can find what is generally considered the symbol of NKR, two large heads peering out from behind a hill, as if two giants are standing just behind the clearing, checking to see whether you are actually behaving yourself.
Looking quite good on postcards and tshirts, the actual sight of them was a bit of an anticlimax. Much smaller than I expected, they are also currently being renovated, wrapped up in cranes, sheets and scaffolding.

A bit further on, the now disused train station that once served the province lies in dilapidated state. The line connects to Yevlakh, in Azerbaijan, where I passed through a good week ago, on my way from Baku to Sheki, where the line splits between going north, to Sheki, and west, to Tbilisi. And, once, south, to Xankendi.
There is a train line which connects Yerevan to Iran, though I don’t think there are any passenger services. And it dives into Iran shortly after leaving the Armenian capital, meaning it leaves the whole of the south east of the country for what it is, with no chance of Stepanakert ever being hooked up. At least not until Armenia and Azerbaijan get their shit together, which, incidentally, would also probably do wonders for the NKR economy.

One reason why NKR fascinated me was the name of its capital. Stepanakert obviously consists of two parts, the first being a reference to Stephan, while the second part, ‘kert’ means ‘garden’ in Hungarian. I was hoping for an obscure Ugric, Hungarian, connection.
Not so. Armenian is an Indo Eropean language and derives from the Hurro-Urartian language group, which has its roots in Anatolia, modern day Turkey, and its, most likely, closest neighbour is Greek. ‘kert’, in Armenian, is an old word for ‘construct’. More likely, there *is* an etymological connection with the Farsi word for ‘work’, ‘kar’.

Related:  Gotta catch them all

I find Armenian a difficult language to hear, very foreign to the ears, and occasionally do think it has audible connections to Greek, but also to Hebrew, a member of the totally distinct Afroasian language family. Particularly western Armenia is said to have multiple connections, not in the least in its cuisine, with the Levant.

When traveling by train through Azerbaijan, you have to buy your ticket with your passport. Taking the bus in Nagorno-Karabakh, you can also only buy your ticket with your passport. If you are going to the town of Vank. But not if you are going to Shushi. Or if you are leaving the country.
Getting a visa for NKR is easy, a formality. But you do have to specify where in the country you will be going and, when leaving the country, you have to hand over an accreditation note you received when getting the visa.