Gozo at your feet 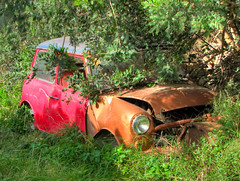 Herbie had given up 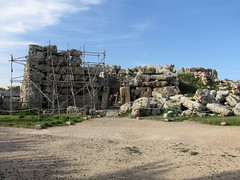 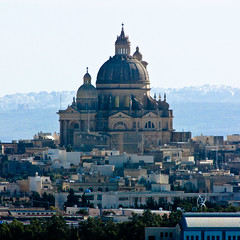 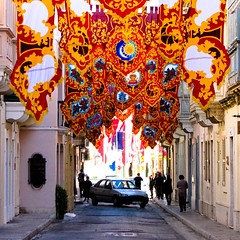 Gozo is famous, well, in certain circles, I suppose, for it’s Ggantija megalithic structure, dating back to some 5500 years ago, making the buildings amongst the oldest freestanding constructions in the world. Built by unknown neolithics, the construction, with some stones over a few tonnes in weight, were once thought to have been built by giants, hence the name. Pronounced as dgeeganteeya, it resembles the northern European word for giant.

Unfortunately, the structure is a bit of a let down, perhaps the reason why at the entrance to the temple, you are given a small map with a dozen or so other sights in the area.
The sight promoted the most, besides the temple complex, is a medeaval windmill. I mean, seriously?
The one site I was interested in was a nearby stone circle, but when we tried to locate it, the location on the map did not correspond with reality, where we found several houses under construction. And no circles.

Related:  Checking up on the Knights Templar

Gozo, with it’s 30000 inhabitants, has no less than 22 churches, some of which are quite impressive. The one that stands out is the more recently built st. John the baptist church in the unpronounceable Xewkija, which has a huge dome and stands some 80 meters high, visible from far beyond the shores of the island.
Gozo is also known for some pristine bays, but we couldn’t be bothered.

We went to Gozo on the day which celebrates Maria’s immaculate conception, mostly only celebrated in countries with a significant Catholic population. We might have just missed a procession in the capital of Gozo, but at that time, we were still trying to get to Ggantija without losing too much time.