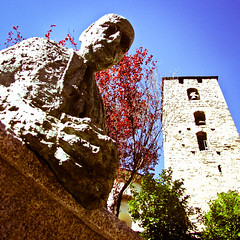 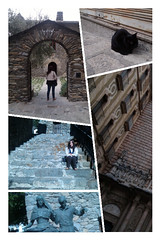 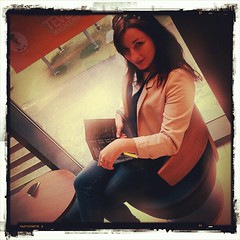 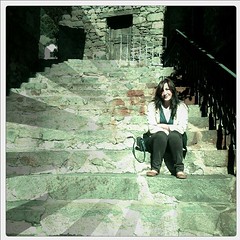 Luckily, there are babes in andorra. 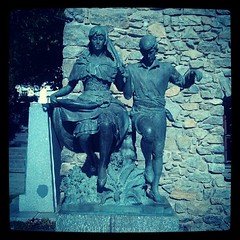 Andorra, though pretty, is also a bit boring. There’s little to do but to ski and shop. And there’s little skiing in summer.
With no, or virtually no, sales tax, pretty much all products are, by default, some 20% cheaper than elsewhere in Europe. And with pleasure tax being significantly lower, alcohol, and to a lesser extent cigarettes, are ridiculously cheap.
On the other hand, accommodation isn’t cheap at all. And with space at a premium, the country basically consisting of three narrow valleys, you’ll have to park your car in the mountains to park for free.

Though Madrid is often cited as the highest capital in Europe, it is in fact Andorra la Vella, the old, some 400 meters higher than the capital of Spain.

Andorra started life as a principality back in the 13th century, when the papal representative in Urgell signed an agreement with the count of Foix, both becoming the heads of state for the newly formed principality. The current papal representative is still one of the co-princes. The other, through a series of successions, reverted to the current president of France.
Due to its small size, Andorra has mostly lived outside of the mainstream history of Europe. Though the country declared war on imperial Germany in the first world war, it was not included in the treaty of Versailles, which meant the two countries were officially at war until 1957.

Since the second world war, Andorra has focussed on tourism. Partially through its excellently developed skiing facilities, partially as a tax haven. The country is not part of the EU, which amongst other things means that you can still smoke in bars and restaurants, though the de facto currency is the euro. The 85000 inhabitants entertain about 10 million tourists yearly.
The country only joined the UN in 1993, when it formally adopted a constitution.

Related:  From Lusaka to Kafue… and back

The official language of the country is Catalan, also the most popular language, closely followed by Spanish. Surprisingly, there are three times more Portuguese speakers in Andorra as there are French speakers.

At last, at LAST!

Andorra was the last country in Europe I had not yet visited. At least until Kosovo loses its de-facto independence and exchanges it for a de-jure one. Or until, who knows, Catalunya, receives independence.