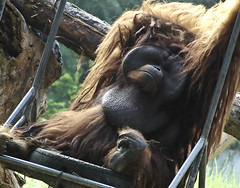 Is that the face of a happy monkey? 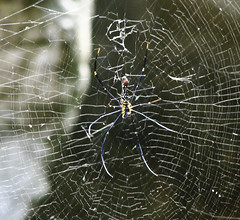 That's a stuffed animal, next to the tigress 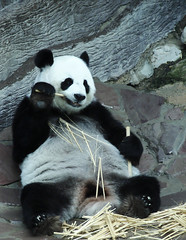 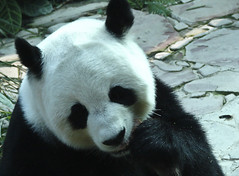 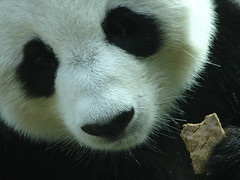 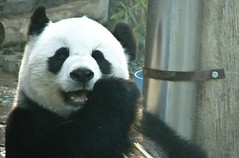 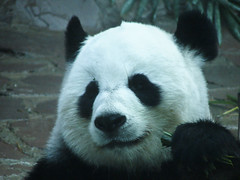 You can't escape the ostrich

Sing me a song 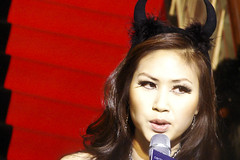 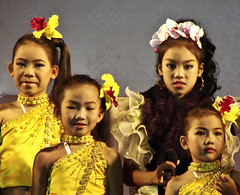 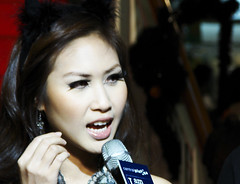 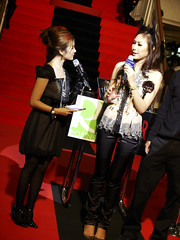 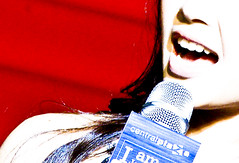 A while back, I read a most interesting book, Was Jesus Caesar, by Francesco Carotta. A friend of mine, Arnold, who published a book on struggling at being a young father, also became interested in the subject and even met Carotta. It was Arnold who introduced me to Jan van Friesland (who returns no less than six results on the Dutch Google news), a Dutch film maker.
Very recently, van Friesland finished a documentary on Carotta’s work and the possibility of the Jesus myth being modeled on Ceasar’s life. I received an invite for the world premiere in Utrecht in a few days but, being in Thailand, it will be tough to attend. You can take a look at the press release. Let’s hope, well, sort of, that the video will be available on YouTube soon…
Carotta also has a PDF which goes into more detail on his site.

Back at university, on several occasions I considered being a lab rat, in exchange for, being a student, serious amounts of cash. One of my fellow students occasionally ‘volunteered’ as a guinea pig and made serious money, even though, at times, he would come back from a 20 or 30 day trial, multiple kilos less, white and, well, sickly looking. I figured it was easy money.
Not so my family and my then girlfriend and, in the end, I decided the domestic disturbance wasn’t going to be worth it.

Here, in Thailand, I’m going through the Wireds that were sent to me over the past year in record time and one of them has an article on human guinea pig circuit. The matter still intrigues me and, hey, as a shoestring expat, I’m not the richest individual in my peer group from student days of yore.
Most notably, with the advent of ubiquitous web access, the Wired article mentions the website GPGP.net, Guinea Pigs Get Paid, which lists upcoming clinical trials in the western world, with a very strong focus on the US. Knock yourself out, literally. And for a reason. Compensation in the US is very, very decent, the Wired article mentioning that you might make as much as 50.000 dollars a year, devoting your time to trials and finding them.

Related:  In the cockpit

We’ve had a Thai cooking class on Betsy’s birthday. We missed the hash by arriving at the collection point half an hour late. We visited the zoo and saw giant pandas and koalas.