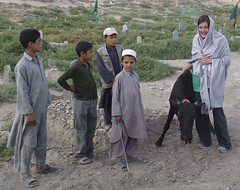 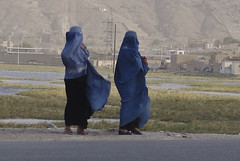 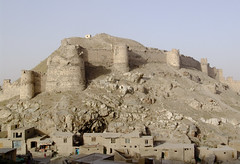 The main old fort in Kabul 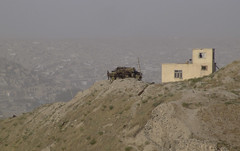 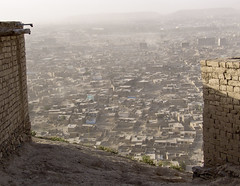 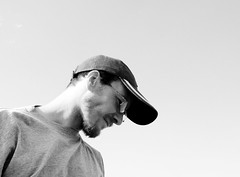 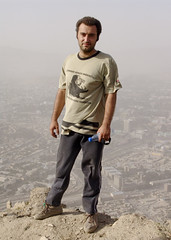 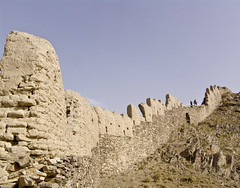 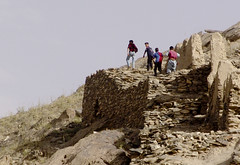 Walking up the old city wall 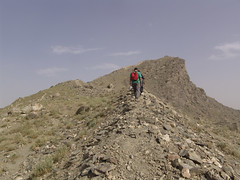 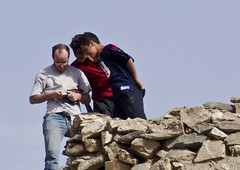 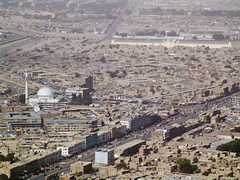 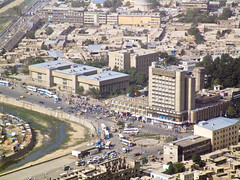 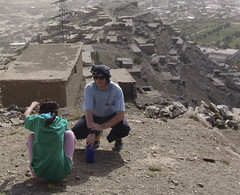 Today we walked the wall. Back in Buddhist times, some ruler decided Kabul needed to be surrounded by a nice big wall. A bit like the Great Wall of China, only not as wide.
Currently, it is said only one stretch remains, even though I think I’ve seen parts of that old wall on other ridges from the one we walked today.
The climb is tough, very steep at first and about two hours long, if you don’t hang around too long to enjoy the spectacular scenery. And the view is fantastic. Higher than TV-hill, the views you get treated to are spectacular. And what’s more, the wall really is a small version of the Great Wall, where the original builders not only built look out posts at certain intervals, they made the wall such that you could easily walk it.
Not that much remains today, and some say that the rocky hill is still heavily mined, but the remains easily give you an idea of the status of this city in ancient times.

In the morning, we tried our luck at chick gazing at the Intercontinental. An amazing 10 dollars to get to the pool, a fifth of the monthly salary of a traffic cop, left us nearly broke.
The pool is nice though, high above the city, with cleaner and almost dust-free air. Surprisingly few chicks though, besides the one we brought ourselves. I’ll have to try my luck at the UNICA again, I suppose.