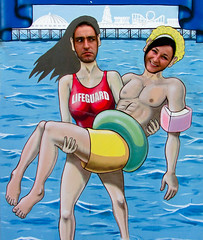 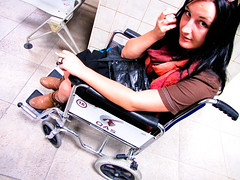 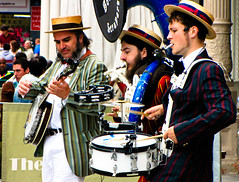 The Iron Boot Scrapers in action 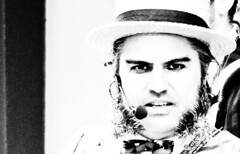 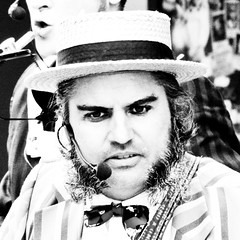 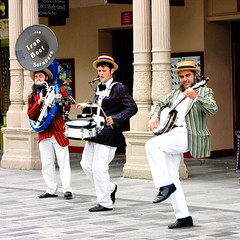 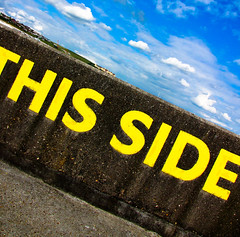 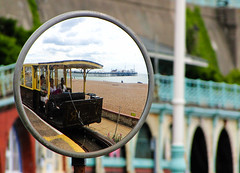 Do not climb into or sleep... 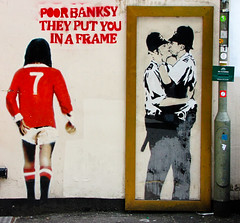 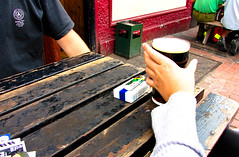 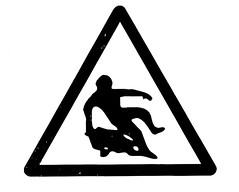 Don't stab yourself in the heel with an oversized sword 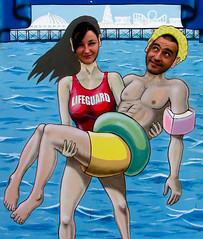 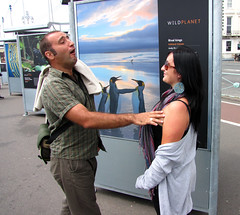 Bob! Listen to this!

Give me a story 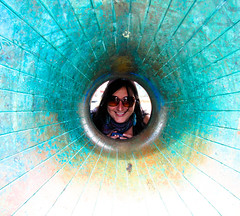 Niamh tried but failed to crawl out of the black hole

The stark blue sky, the brightly shining sun, the biting cold in the shade. This is Brighton in summer. Or rather, in the weekend directly preceding the advent of summer. But… why?

On our hopskipjump to Sierra Leone, Niamh and I flew through London, which allowed us to stop for the weekend in Brighton, visiting Felicia and Todd, who moved to Brighton from Chiang Mai last year. Due to a small hiccup when booking our tickets from Dar, we had to mismisfortune to not arrive in Heathrow (far from Brighton), but in Gatwick (practically next door).
In between the cosmopolitans traveling from the US and going to south east Asia, Geneva and Tanzania, we were able to appreciate the exvcellentness of the couple’s couch, just inside the Hove boundaries, separating the town from Brighton. Todd, looking for gifts for Pascal, who’s still mastering the wild life in Chiang Mai, ended up with a t-shirt that said “Hove, actually”.

As said, the weather was gorgeous, but fresh, in my mind almost as cold as when I was here last time, though Felicia debunked that myth quickly. Still, it felt as cold, even though it was now several months later in the year.
Waiting on a train to whisk us off to Brighton, the breeze was chilly, while most of the chickies were showing way too much leg, myself getting goosebumps in their stead. But while waiting, we also were accosted by three dressed up ladies, huge hats and all, on their way to the races at Ascot.

On our last day, already after both Todd and Felicia had departed for sunnier climes, Niamh and I visited The Pavilion, enjoying an excellent audio tour of the premises. Built by the future King George the fourth from the late 1700s onwards, the structure is mostly built in the style called Chinoise, though on the outside it reminds the visitor of a building straight from the videogame The Prince of Persia.
The exhibition and tour were livened up by Clare Twomey, who was authorised to glorify the show with hundreds of black clay-baked butterflies. This, through the museumaker program.

A lot of our time was spent eating, drinking and shopping. Just walking down the Brighton highstreet felt, after a year in Africa, like walking around in Paradise. And the sun not setting until very late in the day was almost magical, or at least very disorienting. It’s quite amazing how one forgets these experiences. That is, not intellectually, but how they are actually experienced.
It meant we stayed out, though indoors, as we are really no longer built for the cold, till late, before having the intention to continue drinking back home, though each evening realising we were totally knackered after a full day’s out.

Sunday afternoon was spent over a Sunday roast. As British as it gets, perhaps. And Saturday afternoon a superb fish and chips was had at The Master Mariner, in the Brighton Marina.
And so many nice beers.

My biggest surprise was being reminded again at how affordable it is to shop, here. Down Church street, Brighton’s main shopping alley, many restaurants offer all you can eat buffets for 6 or 7 pounds. Our Sunday roast was 8, we had superb pizzas for 6 to 8 and our masterful fish and chips was around 8 pounds as well.
Even at Gatwick, we snacked on hummus and Scotch eggs, the latter to which I was first introduced in Zambia, where I figured their abysmal taste was due to the local cuisine, though I realise now they are simply horrible, for a mere 2.30 pounds.

To compare, four boiled eggs on Bongoyo were sold for 5000 Tsh, around 2.50 pounds. Good meals at Le Corsica went for 20.000, around 10 pounds and even a, though nice, burger, chips and milkshake at Best Bite still cost the equivalent of some 5 pounds. And this in a place where day laborers make less than 2 pounds per day.

Of course, in Brighton, costs are incurred elsewhere. Housing, for example, is pricey, though the apartment in Dar in which I rented a room was making the owner a cool 1300 USD per month. Even in Brighton you can get something decent for juice like that.

Niamh was creaming over the many really cheap deals on clothes. It’s hard to get nice and good clothing in sub Saharan Africa, outside of South Africa, and in the latter, prices aren’t too low anyhow.

The man on the street

I satisfied my inner dancer and did two rounds of DDR on the pier. We were proper tourists by, besides enjoying the Pavilion, also finding ourselves on the Volks train, which at some point in history had its rails completely under water, ferrying between the two piers of Brighton, and now runs between the one remaining pier and the Marina.
There, or rather, between the Marina and the pier, a narrow greenzone is used by the city’s younger population to fuck at will, us finding heaps, well, proverbially, of used condoms, used packets of lubricants, dirty underwear and whatnot.
The man in the street clearly also needs to be satisfied.

Related:  Bugs in my wine

Unfortunately, the week before our arrival saw the Brighton naked bikeride in which Todd managed to participate. It would have been an excellent epilogue to our homecoming tour.