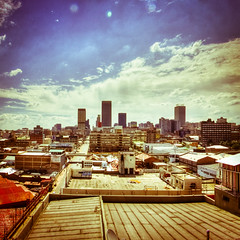 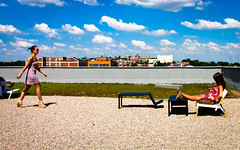 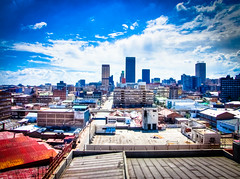 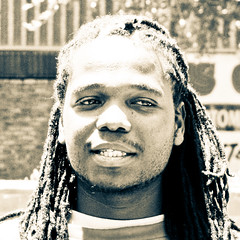 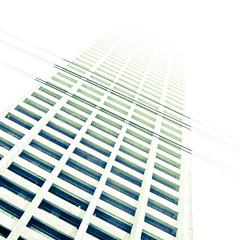 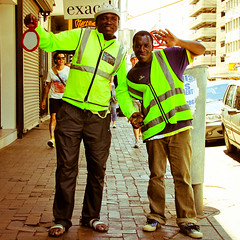 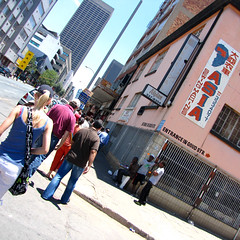 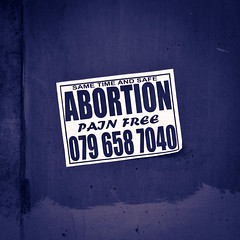 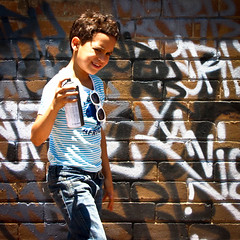 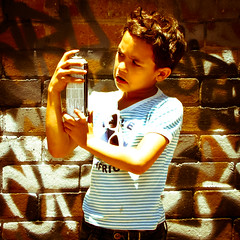 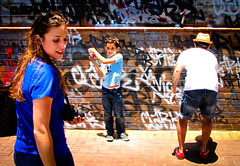 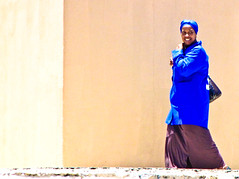 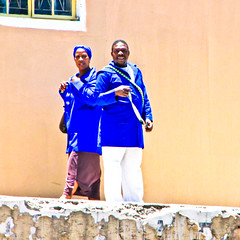 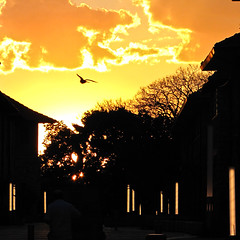 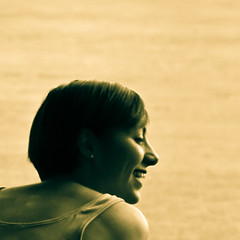 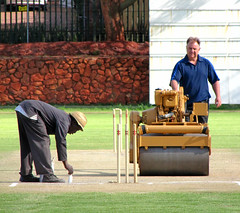 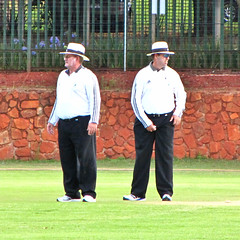 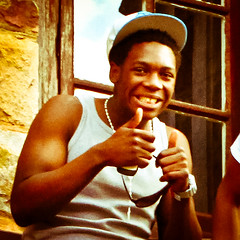 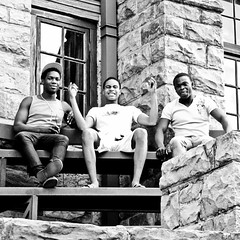 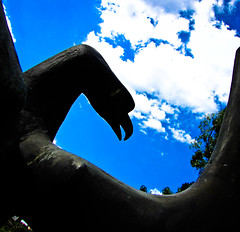 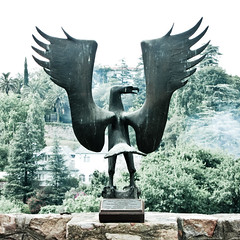 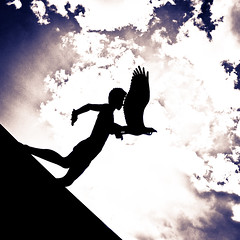 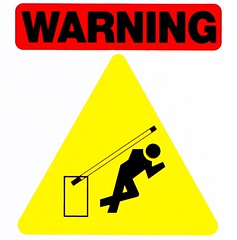 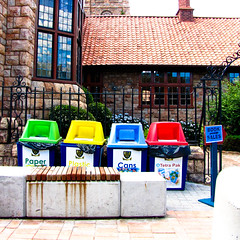 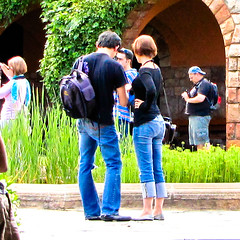 The first time I visited downtown Joburg was in 2004. It was something of a daredevil experience, due to the constant reports of high crime rates in South Africa, the fact that pretty much all businesses had vacated the downtown area to set up shop in the northern suburbs, typically Rosebank or Sandton and the personal reports, telling us how dangerous and unsavory downtown Johannesburg had become.
Nothing happened, of course, but we did sense a certain tension, apparent under the surface, as everyone was going about their daily routine. And we did feel like we achieved something by the time we got out of town, having gone in and coming out unscathed.

Since, I’ve come to understand and familiarize myself well with Joburg, to the extent where, a few years ago, I crisscrossed the inner city, photographing and mapping public art, without a hitch or any stress. Very much alone, very much flashing my semi-precious camera and very much not caring about walking around in less savory areas (during the day, no less).
Now, shortly after arriving in Joburg a few weeks ago, I had to pick up my rental from rent-a-wreck on the far edge of the downtown area. Refusing to pay for a, pricey, taxi, I decided to walk from Melville to the rental agency, a good six kilometers through the heart of the city. Not worried at all, I was even very surprised that I could feel virtually no tension and that the vibe on the street was almost mellow. Sure, I’m now more accustomed, but I think that’s at most half the story.

Related:  A quiet day at the office

The city of Joburg has spent a lot of time and effort on making the inner city more livable again. Refurbishing the inner city started with Newtown and Fordsburg in the west, years ago, and spread through the city, now having arrived on the east side of town, where, between Fox and Main streets, on the edge of Fairview, a whole new community of art studios, a lovely hotel, a small theatre, an independent cinema and more have been allowed to flourish.

There, on the ground floor of the Main Street Life building, the temporary exhibition space Ourspace was hosting a show sponsored by the cultural department of the Spanish embassy in South Africa. Curated by Bronwyn Lace, the photographic exhibition contrasted the works of seven African photographers, taking photos in seven cities of Spain, with pictures taken by seven ‘wanderers’, homeless guys, sleeping on the streets of Johannesburg.
Obviously slightly risqué, but also very interesting. And the exhibition, specifically the Spanish photographs, were rather beautifully presented. Sadly, the photographs of the wanderers could have been more prominent.

Perhaps to compensate somewhat, the exhibition was complemented by two walks in downtown Johannesburg, to some extent following the lives of these seven wanderers, trying to give the participants of the walk something of an insight into the lives of those living on and off the streets in the city.
On Sunday, I participated, with a crowd of almost 40, white, individuals, most of them having spent very little time in downtown Johannesburg which, for many of them being South Africans, I still have a hard time wrapping my head around.
The walk, partially hosted by Marcus Neustetter, who facilitates many of the installations of public arts in the city, partially hosted by Zisi Duze, who was the conduit between the wanderers and the exhibition organizers, was interesting, but the best part was the aftermath, sipping champagne and gorgeous hors d’oeuvres on the roof of the Main Street Life building, with great views of the city and mellow beats flowing in the background.
How’s that for contrast?

A day earlier, I participated in a photo walk at St. John’s College, organized by the Joburg photowalkers, something of a hobby club of photographers, brought to life shortly after the two photomarathons I organized in Joburg and Pretoria in 2007.

Dipping my toe again into the Joburg arts scene, the result might just be a somewhat informal photo marathon before my departure from South Africa.

And, if you’re wondering, not all of the city’s gentrification process progresses completely smoothly. Particularly the evictions of illegal, mostly immigrant, squatters from former office blocks in the city is a painful process for all involved in the physical eviction and has even more painful consequences for those being thrown out on the street, the city in no way compensating for these people losing the roofs above their heads.