View of the Danube and parliament 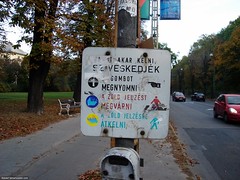 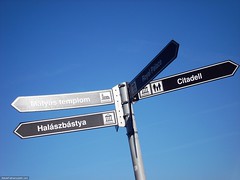 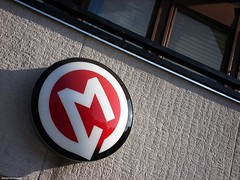 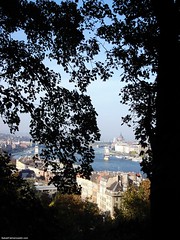 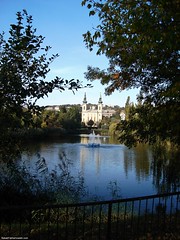 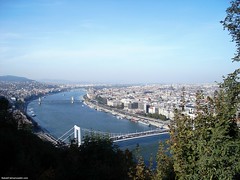 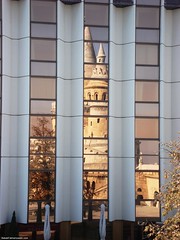 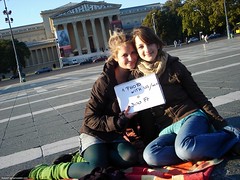 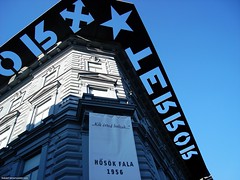 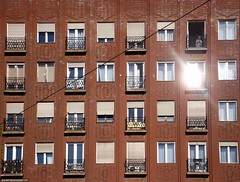 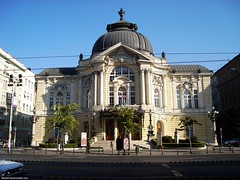 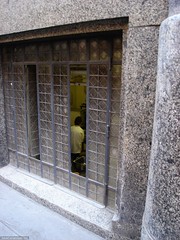 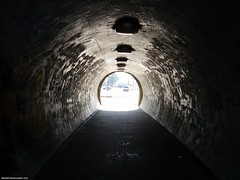 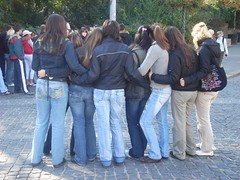 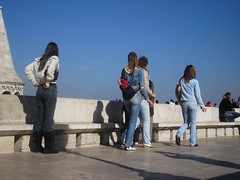 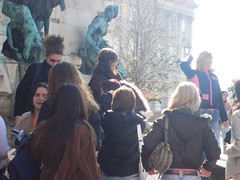 Check out the pictures. I’ve uploaded them specially for Ismail…
And, no, I’m not only shooting babes’ behinds.

Running around Budapest, taking pictures of statues for Beeldenstad.net, I wasn’t really going to make a point of visiting my old haunts. Hell, I don’t even remember most of them.
But after a day’s hard work, longing for a decent csapolt sor (that’s a draught beer, without the proper accents), little beats hanging out in Museum cukraszda. So I went. And it’s amazing, not having changed in ten years. And, open 24/24, what a blessing.

I’ve bought my plane ticket to South Africa and although the price is around 150 euro less than when I’d flown from Holland (even though I’m using Lufthansa which will see me passing through Frankfurt), it still was almost literally a ‘rib from my body’ (suck on that you non-Dutch speakers).
The onward journey to Istanbul is, so far, a challenge. And when I make it, I still have to cross most of that country to get to Iran. What did I get myself into. Maybe, next time, I should be a millionaire and travel first class, by plane, straight to Tehran.

The man’s a machine!

Yesterday the Pest side, today the Buda side. With pleasure. The view of the city from castle hill is still one of the most enjoyable city views in the world and even though the tourist hordes get worse every year, the city, cleaned up and renovated, actually looks better than ever.

But very tired after the day’s work, I ended up in Raday utca, which, over the years, has changed from a bit of a backwater to the hippest street in town.
Shiraz restaurant, which I first encountered as a felafel pusher, is now a classy Persian restaurant with scantily clad babes leading you to your table and belly dancers to help you digest your meal.

Something else. Some months ago, an Iranian activist holding a Dutch passport and who’s still politically active against the Iranian regime, was arrested in Syria and deported to Iran. This happened six months ago, the man hasn’t been heard of since (while his son lives in Holland) but it is assumed he’s been tortured, as these things go.
His plight was highlighted on TV recently (where also his ignorant lawyer, “I don’t speak Arabic”, tried to get a visa for Iran). What wasn’t mentioned, but what I realised just now, is that the kidnapped man, El Mansouri, most probably was still carrying his Iranian passport, in a way justifying Iran’s actions (of deporting him, not of assumed torture).
Since, if my (Dutch) neighbour would have been kidnapped and transported to Iran, for activities -outside- of Iran, it would have immediately unlocked an extreme diplomatic crisis. Almost without a doubt, the man still had his Iranian passport.

El Mansouri was finally released from prison in 2014.