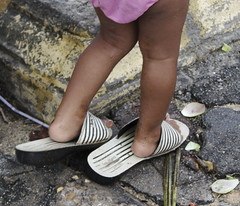 These slippers are made for walking

At work in Phnom Penh

The skyline of Phnom Penh 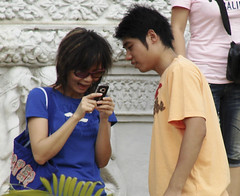 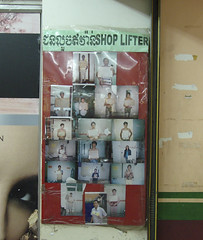 Shoplifters of the world, unite and take over 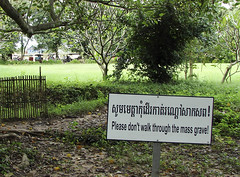 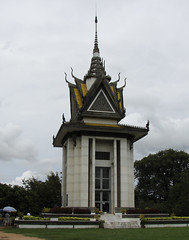 At the Killing Fields 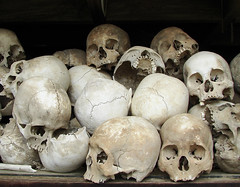 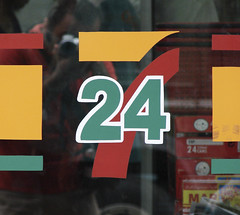 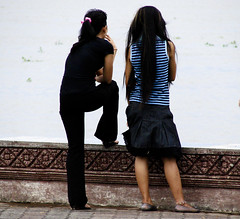 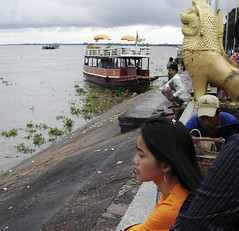 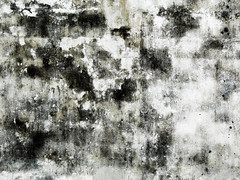 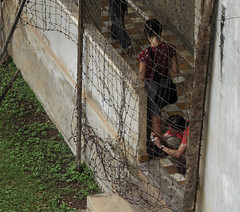 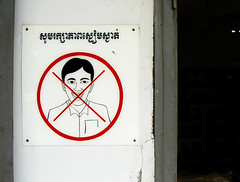 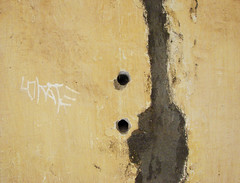 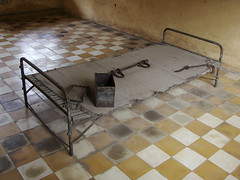 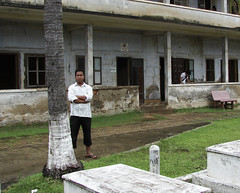 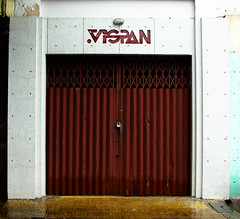 There's really not a lot to see in Phnom Penh, so that a lot of your time can be spent at the few nice artsy bars and cafes scattered around the city.

The two must sees are the Khmer Rouge's S-21 prison and, some 15 kilometers out of town, the Killing Fields of Choeung Ek, where the 17000 prisoners of S-21 were killed, all during the Khmer Rouge's short reign in the mid 70s.
Both sites are interesting for their historical value as both sites have little else to offer. At the Killing Fields, the only sight is a large stupa filled with skulls unearthed on site. At S-21, the few photo exhibitions are not too bad.

At one of the exhibitions at S-21, a guest book was written front to back with remarks like "Never forget" and "How can humans do this to other humans", etc.
I wondered how many of those that had left remarks in the book vote for right of center anti-immigrant parties in their home countries. Iraqis, Sudanese, Iranians, that is, political refugees, have more than a hard time to leave their country and find a safe haven elsewhere. Physical torture and genocide still clearly mean nothing on the international stage.

An often heard adage ran through my mind while visiting S-21: "A nation gets the leaders it deserves". I'm not sure whether 'deserves' is exactly the right word, but the gist of the statement is most certainly true.

The national museum is nice enough to wonder around in for an hour or so. Hundreds of artefacts taken from the temple ruins around the country fill the rooms of the museum.
The royal palace, like a poor carbon copy of the palace in Bangkok isn't all that bad, but an also ran if you've been to the one in Thailand.

A popular t-shirt on sale in Thailand, targeted to tourists, bears the text "Same same, but different". Here in Phnom Penh, I saw a shirt which read "Same same, but Dutch". Dutch, of course, was the Khmer Rouge's most notorious torturer.

My lunch on my day of departure was a happy pizza, that is, a pizza laced with marihuana. I felt a bit groggy afterwards, so I suppose it worked, but the pizza also upset my stomach, just like smoking the stuff does.

On the whole Cambodia is expensive in the way many African countries are expensive. There's a distinct tourist economy, running in parallel with the local economy, where prices are several times the real value. 'Regular' enmities are overcharged, probably primarily because it's only tourists which by them.
On Saturday evening, I went to the FCC, a bar, restaurant and hotel in what probably is the most colonial venue in Phnom Penh. At first I was pleasantly surprised as I was expecting much more of this in the first place. Then I saw the menu, with Cambodian dishes the cheapest on the list, at 7 to 10 dollars. In Siem Reap, I paid 2 to 3 dollars for the same food.
I went to see W., Oliver Stone's latest movie, which was going to be shown as part of a night organized by Democrats abroad, but instead, due to some setbacks, they showed The Big Lebowski. I liked that, but had no desire to see it again.