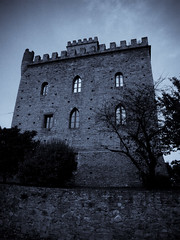 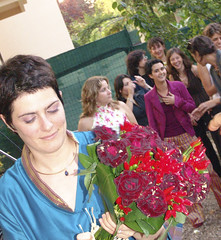 Who's it going to be? 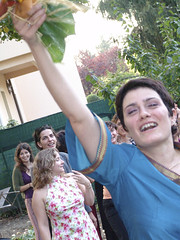 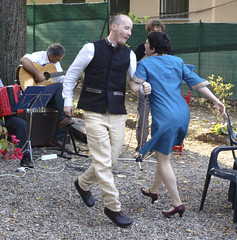 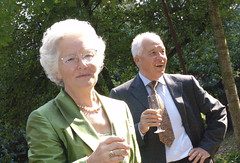 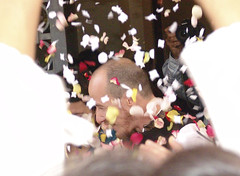 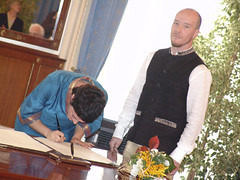 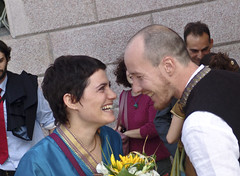 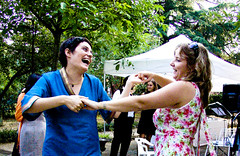 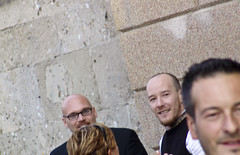 Today was Giovanni's and Cecilia's wedding. The ceremony in a packed 'Arena' lasted only 20 minutes but that was also not the focus of the upcoming three day celebrations.
Almost immediately, we joined Monica, Giovanni's sister, and Marco for a drive to Salice Terme, where the party would keep us until late on Sunday. A 'family' Friday, a 'friends' Saturday and a recovery on Sunday. It was also the start of a very relaxing, highly enjoyable weekend.

What was to be expected, I suppose, was the food and drinks. Wine or water. Food from 2pm till 8pm, course after course of gooooood fooooood. I'm pretty sure I could live in what can only be god's country.
After Cecilia's sister sang some very good jazz, some friends had arranged for a folk music band with highly catchy Celtic and gypsy tunes. Surprisingly, many people knew, or pretended to know convincingly, how to dance to the ancient tunes.

We met an Iranian photographer working for National Geographic, living only 10km away from our house in Delft. And we met Cecilia's father, something of a rocket scientist who often travels to the ends of the earth for some NGO on nuclear energy. He counts El Baradei among his close friends.

Which brings me to the 'six degrees of separation'. I think the current concept has to go, for when do you 'know' a person? As far as I know, this is required for 'one degree' . I think the concept of 'knowing' has to be replaced by the 'handshake'. Six degrees away means six handshakes away. El Baradei is two handshakes away, Freddy Mercury four, as is the queen of England.

Related:  Milano moda
This text is available under a cc-nc-a license.