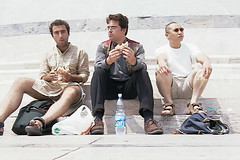 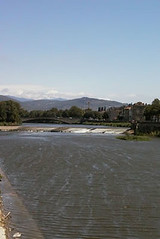 As through Pisa, the river Arno also flows through Firenze 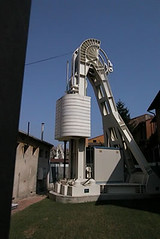 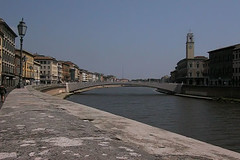 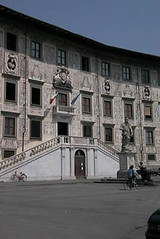 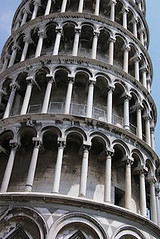 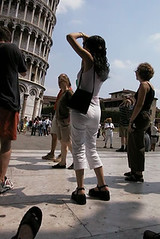 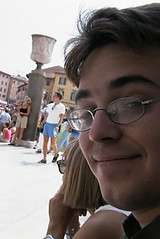 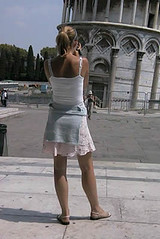 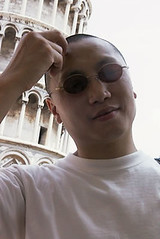 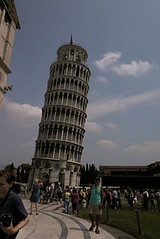 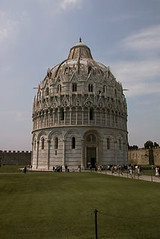 Hey, it's that baptistry again 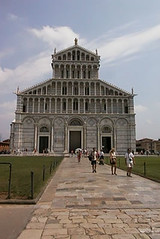 The Romanesque cathedral in the Campo del Miracoli 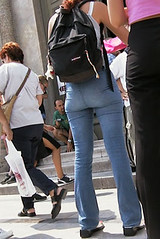 Somehow, you come across stuff like this everywhere you go 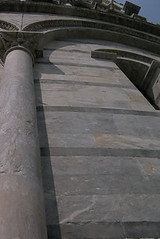 Wait a minute. Haven't I seen this before? 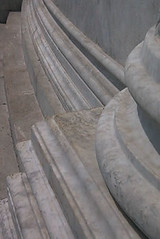 This, too, is the baptistry 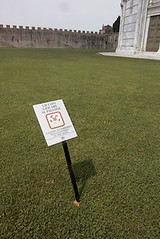 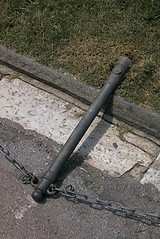 What does that remind you of, eh? 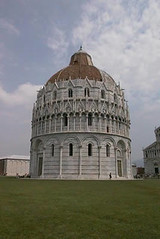 The baptistry in Pisa, with clear Islamic influences 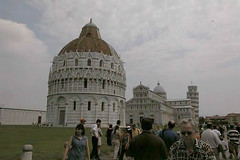 The very first pleasantry we enjoyed when disembarking from the plane was the heat. Although back in Holland the weather hadn't been that bad for the past couple of weeks, it's difficult to beat Italian weather. As specially Tuscany weather. It was hot. I had made reservations some days before at the only hostel in Pisa. The hostel is closed most of every day, only taking bookings between 6 and 8 in the evening. It took awhile before I finally found that out, since they also do not carry an answering machine. Even so, I was happily surprised they still had room. By the time we arrived at the hostel, we already fully understood why they still had some vacancies when I called.

The hostel is located some 30 minutes walking out of town. Additionally, there is truly nothing to Pisa, outside the Campo del Miracoli, the square that houses the leaning tower, as well as a very impressive baptistry and a cathedral. Although you can not say the city is not nice, particularly in August, it's as dead as a city can be.

I have to note here that in August, all Italians, everywhere go on holiday themselves. That is, the only restaurants, shops, etc. that you find are open, purely cater for tourists. Since, apparantly, tourists only visit Pisa for the leaning tower, it was very, very difficult to find anything that was open and not a five minute walk from the square.

Originally, we had planned to stay in Pisa for a full four days, but it became painfully clear that we would not make that. Although the supermarkets did sell very affordable and good whisky, we decided to travel to Il 5 Terre the next day, and Firenze on the third day.

Related:  The babes of Twin Peaks… where are they now?
This text is available under a cc-nc-a license.