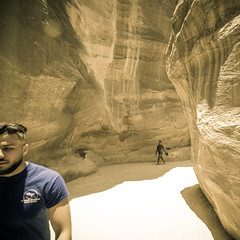 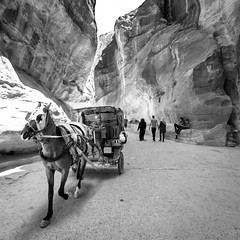 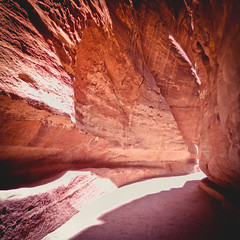 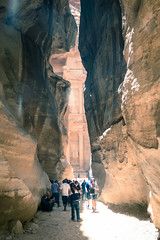 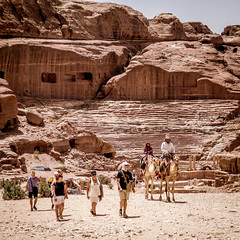 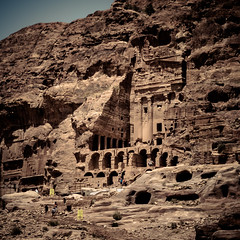 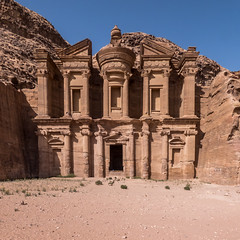 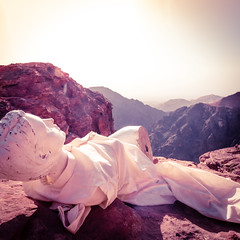 Just, you know, hanging out 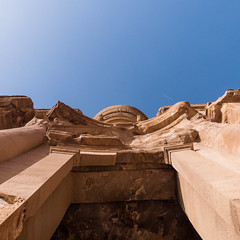 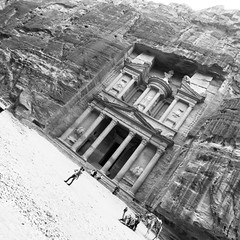 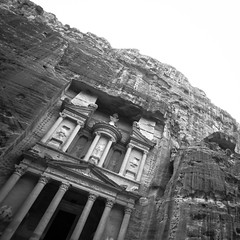 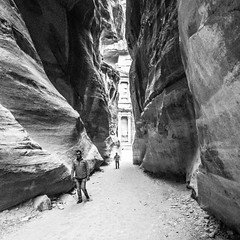 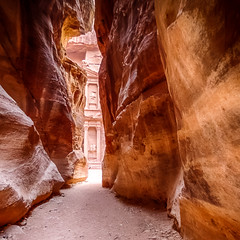 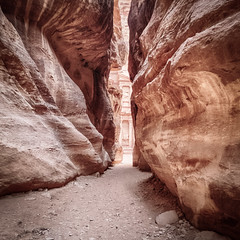 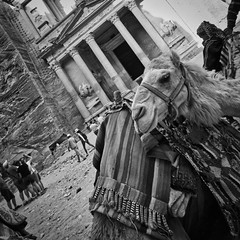 Waiting for a ride 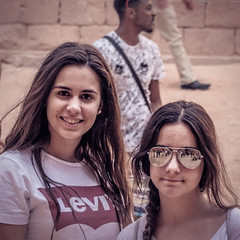 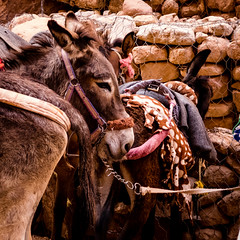 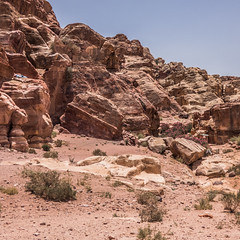 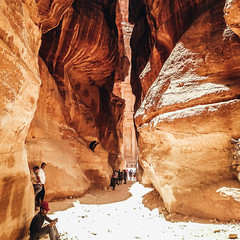 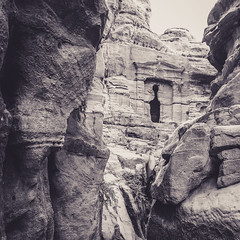 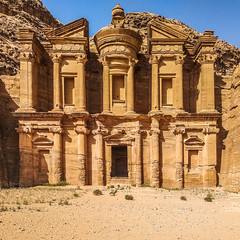 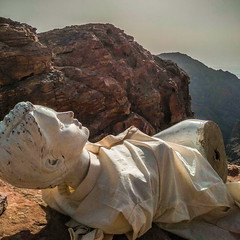 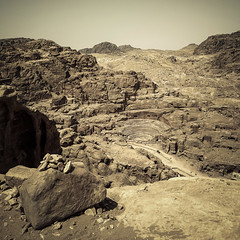 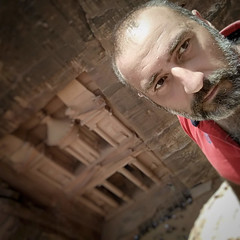 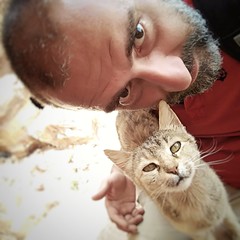 I took the regular public bus from Amman to Petra. Familiar with similar places in similar countries, I was fearing the bus station to be a complete mess.
It was the opposite. Perahps because the country was in post-Ramadan chill, the bus station was nearly deserted. Shops were closed, few busses were waiting around and the touts were shouting their destinations with little fervour, clearly wanting to be somewhere else.
But also, as busses only leave when they are full, it meant hanging around drinking excellent Turkish coffee from a roadside seller for a while, before finally leaving.

Petra is not to be missed, it’s also crazy expensive to get in. And, my visiting coinciding with the end of Ramadan, saw me hustle for space with thousands of noisy Bangladeshis, working in Amman, which had been given a few days off, after Ramadan, to visit Petra. They, Jordanians and Arabs, get to visit Petra at 2% of the price I, as a regular tourist, had to pay.

Two types of constructions are still standing in Petra; tombs, hacked out in the mountains, and the ruins of temples, built on open ground. Petra was a living city, in consecutive iterations under different rulers, but besides the tombs slowly being repossed by the living, most lived in tents, pitched between the steep canyon walls.
As a testament to progress, parts of the vast site are now covered in WiFi.

Buying some fridge magnets, I was surprised by the Jack Sparrow-look of the Bedouin seller. Not sure whether commenting on this similarity was either offensive or appropriate, I refrained from mentioning it. Soon to discover that half the local men on site, and, later, Bedouin across the country, all had a distinct Jack Sparrow look going on. Johnny Depp has gone on record to say that he modeled his character after a combination of Keith Richards and Pepé le Pew. But, the kohl Depp wears around his eyes are inspired by ‘nomads’, which Depp likens to pirates.
That suggests that the Bedouin look came first. I asked a few Bedouin about this, but their responses were succinct: “It’s our look”.

As intriguing are the Bedouin romance scammers or Petra. Essentially a copy of the love scams that can also be found in Gambia.