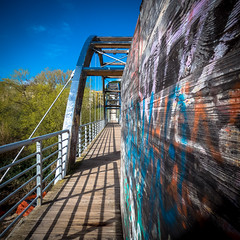 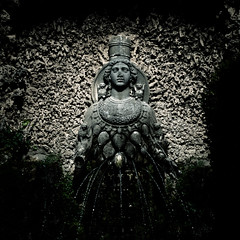 All the boobs you can wish for 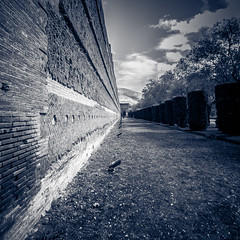 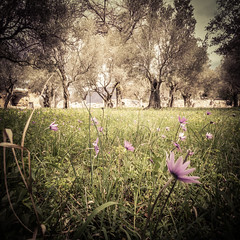 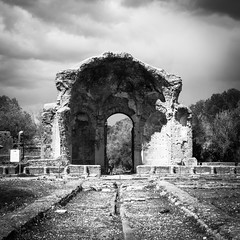 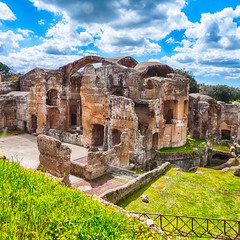 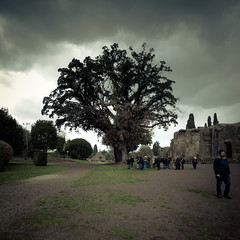 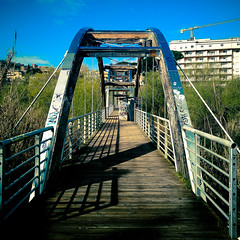 A bridge over somewhat troubled water 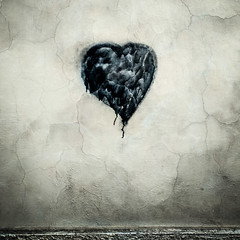 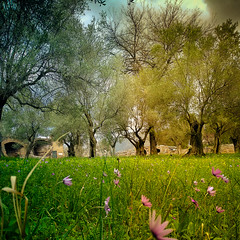 From the grass, up 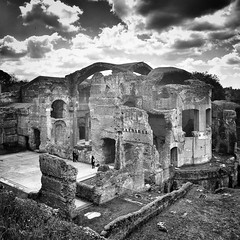 Tivoli is where the Roman elite went to chill. Hadrian, of the wall, had a villa built the size of a small village, but it really found it’s form with the arrival of the Renaissance and the resurgence of interest in classical ideas and architecture.
Tivoli now also sports two world heritage sites. The first is a villa, that is, a house with an elaborate garden, constructed in the late 1500s. The house, a many-roomed, two story palace, is nice, though it’s the garden that is supposed to command attention.
The garden is on a steep hillside and uses a lot of water works, and, though quite nice, does not inspire the awe of the multiple natural waterfalls that welcome you as you arrive in Tivoli by train.

The second world heritage site is the former retreat of Hadrian. Now in ruins, this one, when in operation, was stunning.
Somehow, a town sprawled up around the entrance to the complex, which itself is now known as Hadrian’s Villa.

Back in Rome, my hostel, for breakfast, had Eurovision songs playing. And one evening, strolling around for a place to eat, a young girl walking next to her mother, was singing Italy’s Eurovision submission from last year.

Related:  The beauty of Africa
This text is available under a cc-nc-a license.