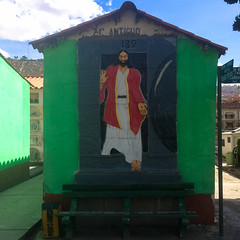 God's barging your door in 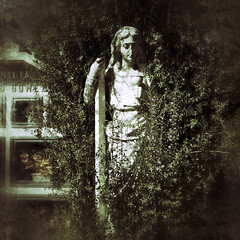 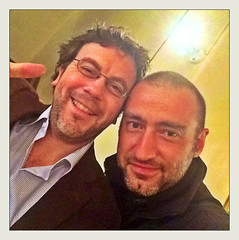 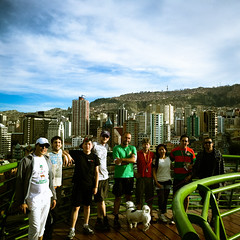 Often called the highest capital in the world, La Paz actually isn't a capital. That is, it's the de facto capital of Bolivia, though the commercial capital is undoubtedly Santa Cruz, the constitutional capital is Sucre.
My ride from Sucre had somewhat reclining seats, but no toilet and no heating. We stopped once, for a bathroom break, during the 13 hour journey, at a place that also sold cheeses on the cheap.

La Paz is a bit of a grubby city, full off stacked and unfinished red brick little houses littering the mountainsides, seemingly ready to topple over and collect themselves in the valleys of La Paz. But, the town's also very lively and oozes a positive vibe. And though it's not really the highest capital in the world (Quito is, though Sucre is only marginally lower), it is home to the highesrt Hash in the world.
I joined in a run. It was tough.

I missed it, but it's a thing to watch Bolivian women wrestle. As are cocaine bars.

Related:  A quiet start
This text is available under a cc-nc-a license.