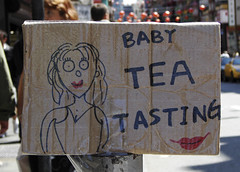 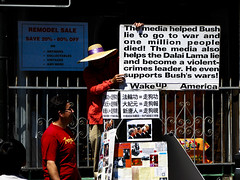 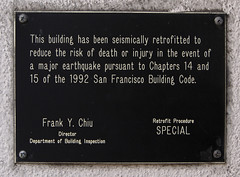 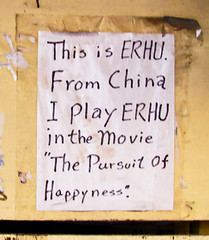 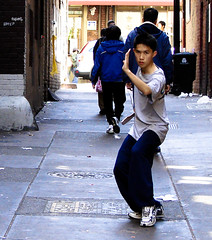 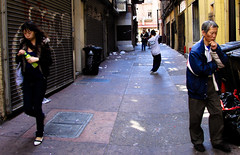 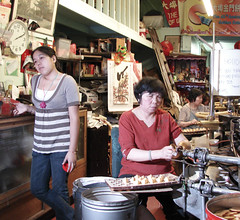 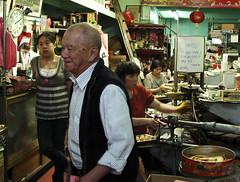 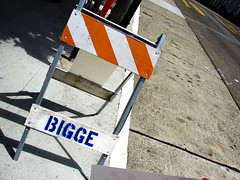 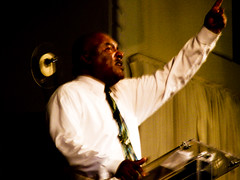 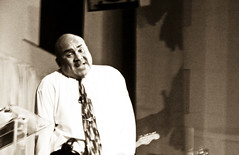 On Sunday’s one should go to church. In fact, I went to two and even tried to get into a large synagogue, but that one was closed.
The first church was Glide Memorial United Methodist Church, where pastor Donald F. Guest gave a passionate and flaming speech, supported by lots of clapping, waving, praise from the audience and, of course, a rock band.
I managed to catch the 9am service. When outside, the queues for the 11am service were filling the length of a block.

The second service I walked into was at the Cathedral of St. Mary the Assumption, which was much more timid, ‘dignified’, if you will.

Then it was off to Japantown, where I learned of the existence of ‘Manga cafes’, where you pay by the hour to read whatever Manga you like. A Bit like a library, I suppose.

On the way back, I stopped by the Golden Gate Fortune Cookie Company. Here, indeed, fortune cookies are made. By hand. Outside the store, a boy was practicing his moves with a wooden sword.
I picked up a bag of six fresh fortune cookies. Here are my fortunes…

You will be traveling and coming into a fortune.

An unexpected event will soon make your life more exciting.

Now is the time to call loved ones at a distance. Share your news.

You will be recognized and honored as a community leader.

The smart thing is to prepare for the unexpected.

Consolidate rather than expand business projects in the near future.

Fortune cookies, incidentally, are a local invention. Created for serving in the Japanese Tea Garden in the Golden Gate park.

An afternoon with Tony Sparks

Another half priced ticket for a show in San Francisco. And, coincidentally, in the same theater and the exact same stage as the show I attended the night before.
This one wasn’t really sold out. There were nine people in the room. Six of which were performers on the show. Indeed, there were three paying spectators.

Still, the show was quite a bit of fun. Three stand up comedians and a trio of sketch (skit) artists. The three stand up comedians, one of which being Tony Sparks, were black, the sketch artists were white.
The sketches were okay, not great, and played a bit too fast, though that could have been related to perhaps a bit of stress due to the rather small audience.
The three stand up comedians, Tony Sparks the least, all very much played up their blackness in particular and racism in general. Still quite funny and on a few occasions VERY funny, but also sad, in that, apparantly, in the US, racism is still so very much brooding just under, or perhaps just above, the surface.