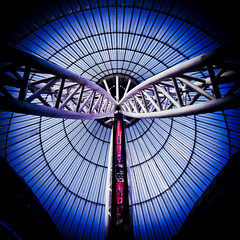 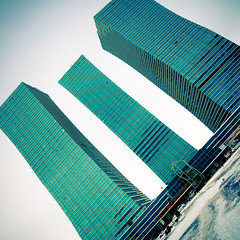 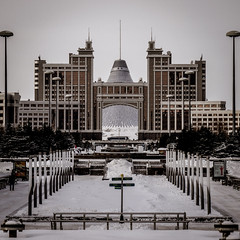 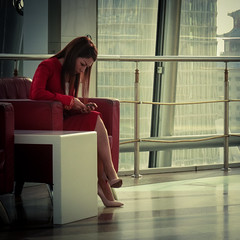 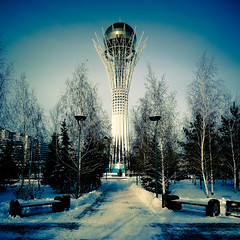 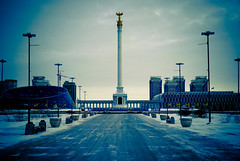 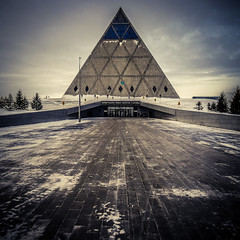 Palace of Peace and Reconciliation 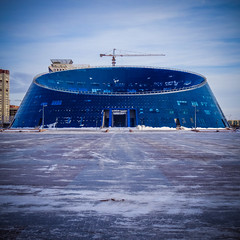 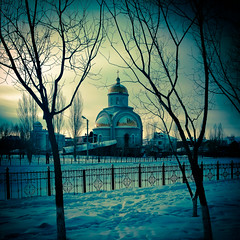 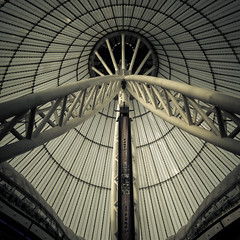 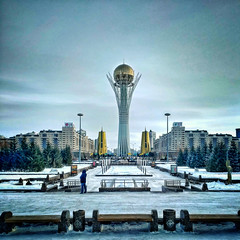 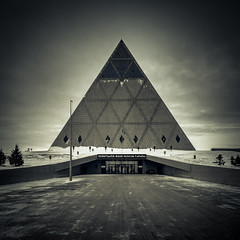 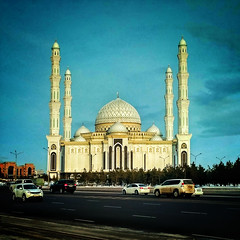 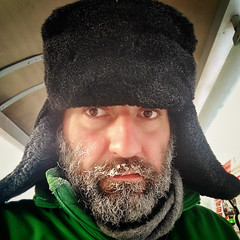 Icicles on my beard 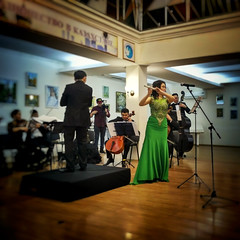 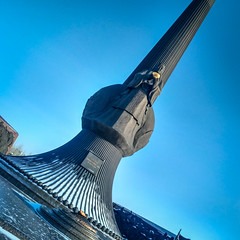 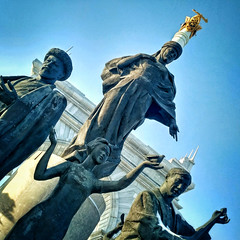 ‘Astana’ means ‘capital’ in Kazakh.
When the president decreed the switch from Almaty to Astana, in 1994, the town was still called Aqmola. He cited keeping the capital in Almaty, in a more earthquake prone region, as risky. And, being closer to the country’s most important business partner, Russia, the new location was also helpful on its own merits.
Perhaps also a driver, was to get a tighter grip on northern Kazakhstan, which is predominantly ethnically Russian.

Just last month, the president himself shot down a parliamentary proposal to rename the capital after himself. He gave two reasons for doing so; the effort that had gone in to branding, and that it wasn’t just him, but also the people he has worked with, that made the progress in the last 25 years possible.
That’s not to say there is no leadership cult. Every self respecting museum in the country has a section devoted to the first president of the nation, where his many meetings with foreign heads of state are often the primary highlights.
In the recently opened national history museum, a gorgeous building in Astana where the regular collection isn’t too bad, and where the star collection is a large collection of jewellery of precious metals dating back 2500 years, there’s a huge section devoted to every Kazakh’s favorite president.
There, I also stumbled upon the launch event of a biography of the president, speeches, drinks and snacks included. I did not see the man himself.

Astana is the second coldest capital city in the world after Ulaan Baatar, Mongolia, beating Canada’s capital, Ottawa, to second place. During one of the days of my stay, the temperature dropped to -22, with the wind making it feel like it was -42. Icicles were growing off my beard.

Astana is a planned city, like Brasilia, or the capital of Myanmar, with the difference that Astana was not built in virgin territory. Before there was Astana, there was Aqmola, and before that, Tselinograd and, again, Aqmola.
The name Aqmola, might derive from ‘white grave’.

The main axis of the new city, Nurzhol Bulvar, was constructed from scratch, with prestigious buildings left right and center. This includes a 150m high drunk circus tent hosting a mall and, on the top floor, a tropical water paradise; mosques that seem small, surrounded by towering office blocks but are stunning on the inside; and several huge monuments, as well as the new presidential palace, a huge opera house and more.

On the last leg of this journey I boarded a train, in Karaganda, which had started in Urumqi. Urumqi, of course, being the capital of Turkish China. The train runs infrequently, perhaps about once a week, and only had four carriages.