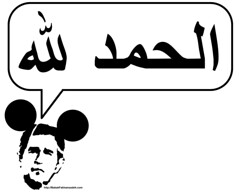 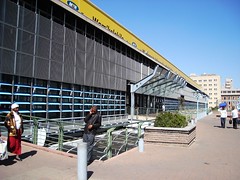 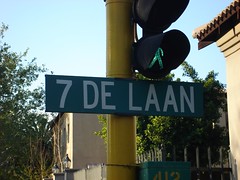 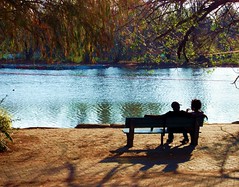 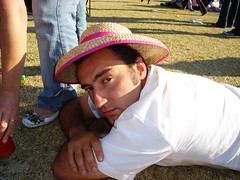 Babak with a nice hat 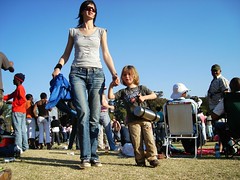 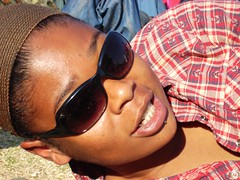 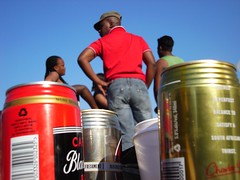 A man a can 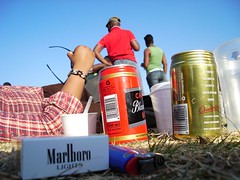 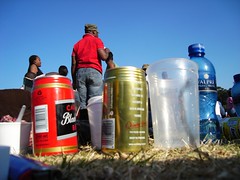 Too much to drink 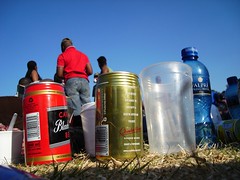 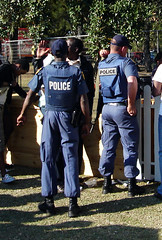 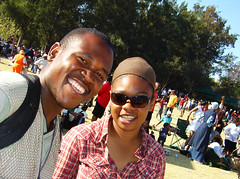 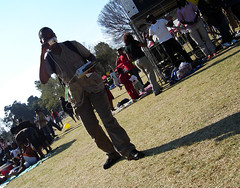 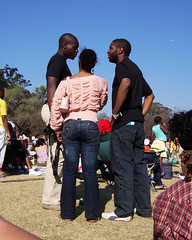 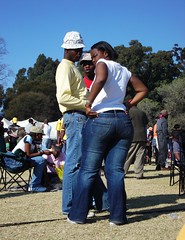 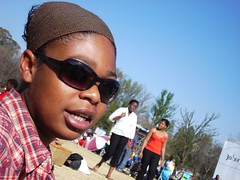 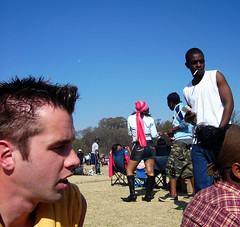 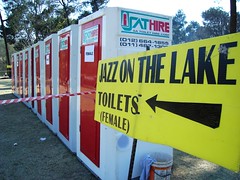 Where are the toilets? 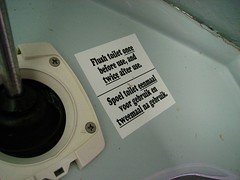 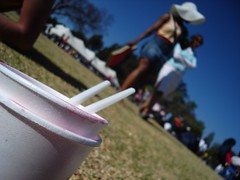 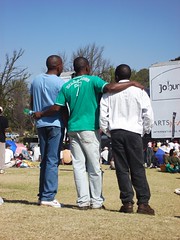 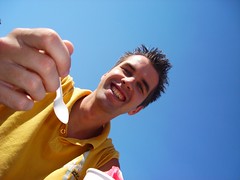 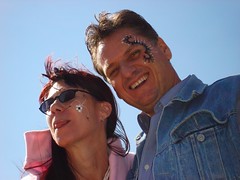 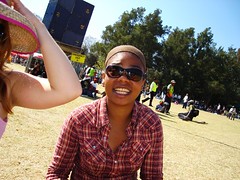 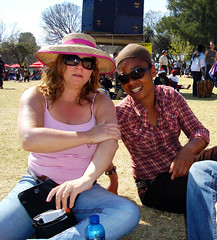 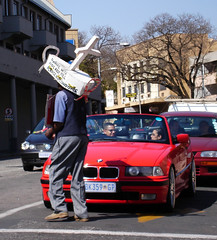 I've started to work on a project with Ismail Farouk. I talked to the man a few weeks ago during an opening of his first exhibition, in the parking gallery in downtown Jo'burg. And yes, it's a parking garage. His one-evening only exhibition had a series of photos and a video comprised of strings of photographs in succession, some of which appeared to have been morphed from one to the next. The whole, video-clip length, creation details a trip through downtown Johannesburg.
At the time, I really enjoyed the video, but it has been in the back of my mind ever since, so I suppose I have to adjust my opinion to loving it.

Anyway, we're working together on a project which brings together all sorts of historical and geospatial information related to the Soweto uprisings, the most well known of which was the 1976 march which resulted in the shooting of Hector Pieterson.
Ismail has done most of the work in collecting and documenting, my main task is to get the information online, mixing, of course, Google Maps and Flickr. It's also the objective to include audio and video related to locations on the map. Furthermore, it's my intention to include Flickr photos using Flickr's new mapping tools.
The domain we chose for this project, which if not ground braking as such is certainly ground braking as an application for this particular purpose, is soweto uprisings . com. Ismail is presenting the results of his research in some three weeks, so I want to have something online that's actually working within that time frame too.

Meanwhile, while I went to visit the man in his Yeoville apartment, I stopped at Park station, the train station in downtown Johannesburg, to check for trains to Uppington or, preferably, Windhoek, in Namibia. Nothing as such, unfortunately, although I can take a bus, at some 800 Rand (about 90 euros) one way and enjoy a 'leisurely' 22 hours in a cramped seat. Alternatively, if there are still plain tickets available, Kulula flies there for around 1000 Rand. Hmmm. Which one should it be?

As I entered the station hall, I was overwhelmed by loud music coming from unseen speakers and a huge crowd of onlookers on the balcony surrounding the hall's first floor, looking down on the ground floor of the hall.
In one corner, near-naked girls were dancing on annoying African break beats and they would have been overrun by the male onlookers, struggling with their tongues almost under their shoes, if policemen weren't regularly swinging their batons vigorously at shin level to keep these crowds at bay.

On Sunday, we enjoyed 'Arts alive', an 'international' open air jazz festival at zoo lake, close to, you've guessed it, the zoo. The sun was hot, the beer cold and the music enjoyable. As we walked back to the car, quite a stretch as the roads around the park had been closed to traffic, we asked directions from a mother teaching her, what seemed like a, 12 year old daughter, how to drive. She then actually gave us a lift and turned out to study Dutch, because of her Dutch boyfriend Fred de Vries, a Dutch journalist writing for the Volkskrant and Vrij Nederland who recently released a book called

Club Risiko on, in parts, the South African rock scene of the '80s. A few weeks ago, I read the one-page extract in the Mail & Guardian and was reasonably interested. A small world indeed.

Related:  Azerbaijan, douze points
This text is available under a cc-nc-a license.