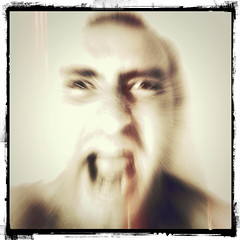 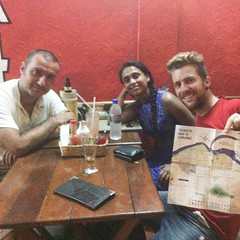 On the cusp of Bolivia and Brazil, Corumba could be a somewhat important port town, the impressive Rio Paraguai flowing along the edge of town. But, though the river front and a few pleasant buildings suggest a once more ambitious past, the town is a sleepy outpost in the middle of nowhere.

Crossing the border after coming off the train from Santa Cruz took over four hours, just waiting in line, though it wasn't very clear what exactly took immigration so long to process the queue.
I later found there's a direct bus, from the Bolivian side of the border, to São Paulo. As cars and busses seemed to cross the border without delay, I could have saved myself quite some time.

A quick reminder that Brazil is really the most expensive country on the continent, or trying to be, a short ride on public local bus no longer costs the equivalent of, say, 15 cents, but here costs about one euro. A roadside juice isn't some 25 cents but tripple that. My bus ride to São Paulo clocks in at 100 USD, not the 20 to 25 it would cost in Bolivia or Ecuador.

Sleepy Corumba, like every city worth its salt on this side of the world, has a Christ statue on a hill, overlooking the city, with wide open arms.

Related:  In preparation for the journey east
This text is available under a cc-nc-a license.