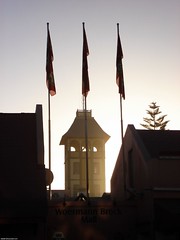 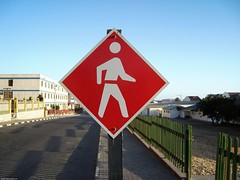 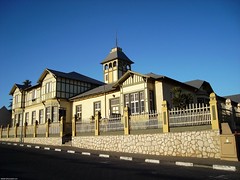 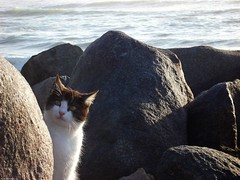 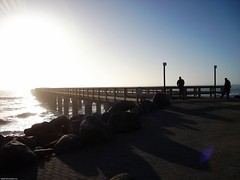 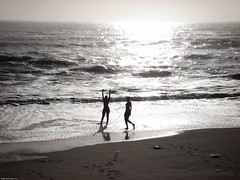 Babes on the beach 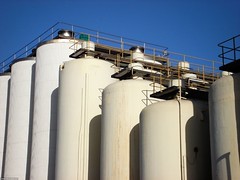 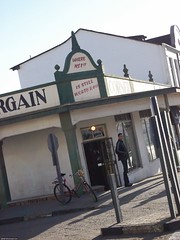 Where 1N$ is still worth 1R 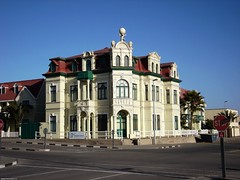 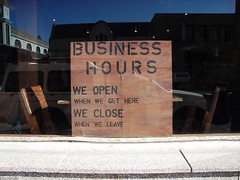 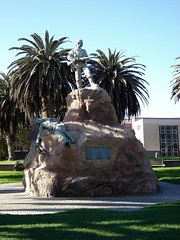 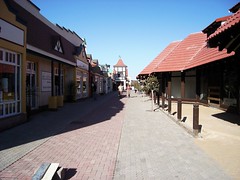 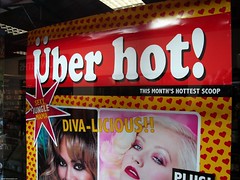 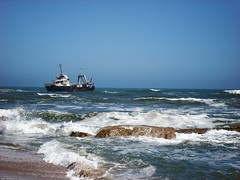 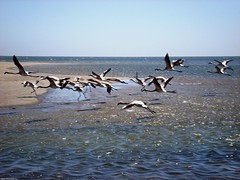 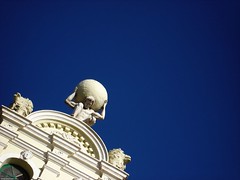 Obviously, we survived the drive from Solitaire to, first, Walvis Bay and, then, Swakopmund. It seems that all our tyres now cause problems as we have to refill all of them every morning. The road we took is probably as much as a highway you'll get in Namibia, outside of the tarred drive from Swakopmund to Windhoek. Every ten minutes or so, and occasionally even every five, we would meet a car approaching.
The scenery, rugged hills, alternating with rolling fields covered in yellow, carpet-like grass, with the occasional springbok or ostrich is truly fascinating, but also extremely repetitive. The last stretch of the ride went through the edge of the Namib-Naukluft park, as empty, dry and brown a desert as they come. Vast emptiness, a bleeding hot sun and a dry, very hot wind.

Walvis Bay was a bit of a downer, even though it's larger than Swakopmund. It feels like a provincial capital, with the sole purpose being a minor and boring commercial centre for the surrounding area.. There's nothing much to do than check out the salt works and watch the hundreds, sometimes 1000s of flamingoes hanging around the bay.

Moving on to Swakop, we passed 'Dolphin Park', where a friendly notice said that, in fact, there are no dolphins in Dolphin park, but the place is called such because you can often see dolphins off shore.
Then there's a large wooden island where bird shit, guano, used to be collected for fertilizer purposes and, a little further on, a fresh shipwreck.

Swakop is a lively little town where you'd be excused to think you're actually in some German version of hell, even though the beach is nice, the beers cold and the food quite decent. The local Chinese restaurant is run by a gay (I think) Christian Jew from Amsterdam and also serves Indonesian dishes. He has a number of black local kids "under his wings" who he calls "sons" and the walls of the restaurant are covered with psalm-texts.

Related:  In the palm of my hand

Before dinner, we had a few drinks at the Swakopmund Brauhaus, where we chatted with a German/Namibian/South African lawyer who, when the beer started flowing and his tongue started rolling, talked about everything from the Namibian bush war to the political challenges related to the desired independence of the people in the Caprivi strip (the guitar-arm like extension of Namibia towards Victoria Falls), to his frustration with unprofessional black empowered law firms he had to deal with.

Swakop, like Windhoek, has a number of century-old buildings that are as interesting as, considering you're in Africa, out of place. However, no art nouveau, as I was hoping to find.